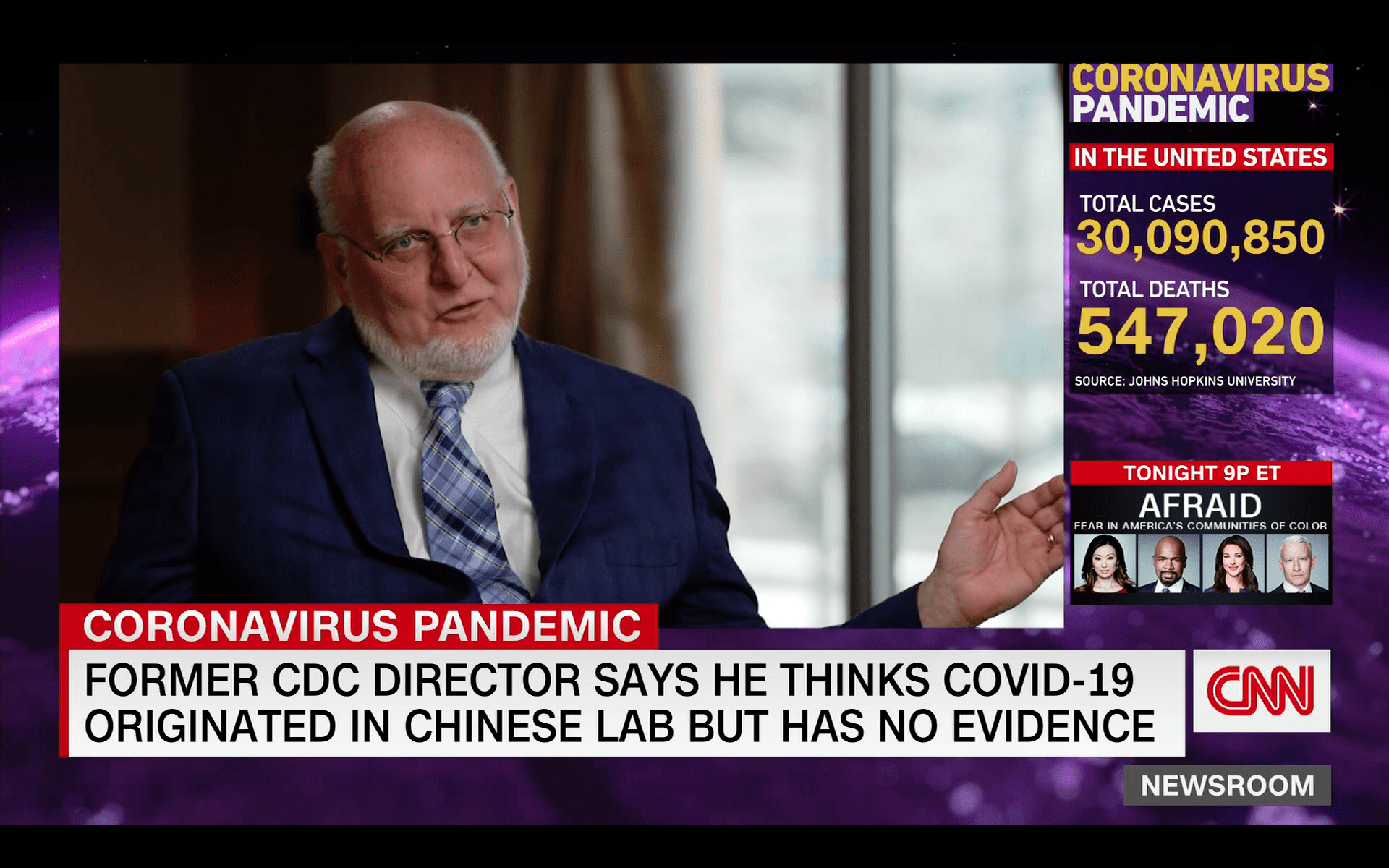 The Americans are busy blaming China again for Covid-19, arguing that it was a biological weapon. Dr Robert Redfield named in the CNN report below is the former director of the CDC.

And while the rest of the world was told the only initial Covid-19 cases in China had originated from a wet market in Wuhan, Redfield is confident the evidence suggests that was simply not the case. According to Redfield, even his counterpart at the China CDC, Dr. George Gao, was initially left in the dark about the magnitude of the problem until early January. He described a private phone call he had with Gao in early January 2020, when Gao became distraught and started crying after finding “a lot of cases” among individuals who had not been to the wet market. Gao, Redfield says, “came to the conclusion that the cat was out of the bag.”

Dangerous accusations and finger pointing at China have led to demands from people like End Times Prophecy for reparations from China:

Why hasn’t the United States sued China for all the losses/damages that occurred during the shutdown/false imprisonment?
Where do U.S. Citizens go to sue the government for civil rights violations and breaches along the same lines (There are no courts)?

Strange. Since when is China accountable in US courts? The USA has been desperately trying to eliminate sovereign immunity for the last thirty years and had some success with Argentina, but their ham-fisted attempts at extortion don’t fly against peers (Russia, China).

More to the point, the US National Institute of Health was funding the Wuhan research. It was a contract assignment as A guy points out:

“Why hasn’t the United States sued China for all the losses/damages that occurred”
Because the US was deeply involved in the Gain of Function work done at the Wuhan lab. including funding it. A CCP indictment would also be a US gov’t indictment.

It’s very strange though that the initial gain of function research had been done in the United States (Fort Derrick) and that the research in Wuhan was actually funded by Dr. Fauci via the NIAID (National Institutes of Health).

Ockhams Razor notes the connection even documented in research papers.

As a 30+ year physician with Masters in Human Molecular Genetics, and 30 years operational military medicine, this has all been known since Nov of 19. Any one can go to PUB MED and look up the NAIAD, Chapel Hill, Ft. Detrick, and labs research progress through 2004 to 2019. This bug is Dr Fauci’s.

vova 3.2018 notes these biological weapons programs have been going on for a long time and this is not the first accident.

The first casualty of war is always truth.

да – Redfield, the same guy who caused Trumps downfall is now spinning it.

Redfield knows that this is the Fort Detrick-19 leak he talking about and simply switched the lab to Wuhan.

They actually reported the closing down of Fort Detrick in August 2019 them blamed subsequent deaths on Vaping and attempted to keep a lid on it till US military turned up at Wuhan October 2019 and thus spreading it to China so could conclude the cover up and get away with it scot free.

It was documented by Fort Detrick in 2015 they working on this exact virus at this bio warfare lab. 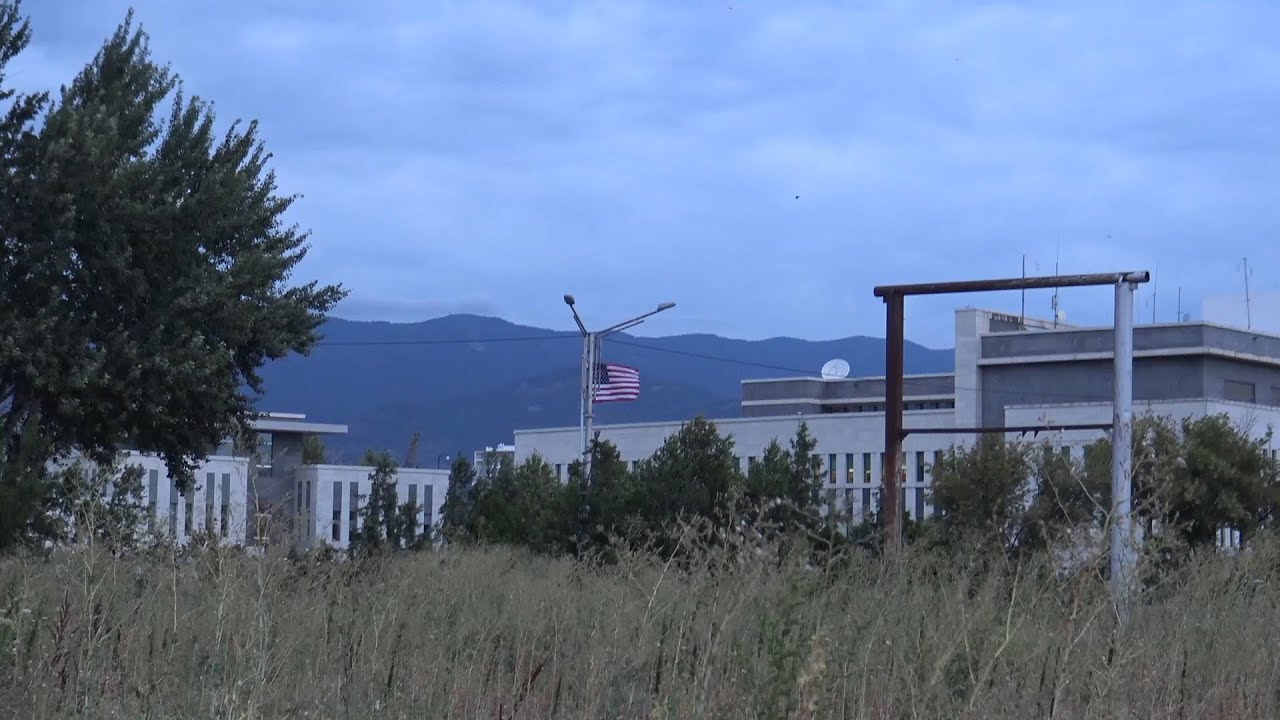 Research by the pentagon on virus, bacteria & tocsins is done in the US & overseas (25 countries). In the US the work is done under DTRA, DARPA & private contractors. 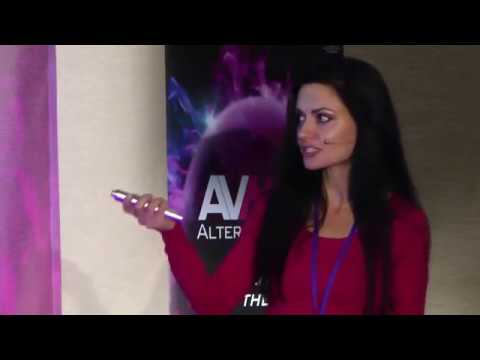 Case closed and no back tracking now. Clear evidence trail.

It’s not just the Russians who think this either. Buckaroo Banzai puts an American and very alarming spin on the vova’s comments:

lol, who believes the CDC anymore about anything?

But the CDC does perform a useful service now. A good starting point for discerning the truth is to closely examine everything the CDC says, and then assume the opposite is actually true.

Covid is one half of a binary bioweapon that was created at the Army/CIA bioweapons lab at Fort Detrick, MD during the summer of 2019. Once development of the weapon was complete, the Ft. Detrick lab was “shut down for safety reasons” so they could destroy all the evidence. Then the virus was released by the US Army at the Military World Games in Wuhan in October of 2019.

PS–what’s the other half of the binary bioweapon? The mRNA/viral vector gene-altering shot masquerading as a “vaccine”. Act accordingly.

PPS–who is this bioweapon targeted at? You. Because the people that rule over you, despise you.

How and why? For the moment, I think it’s an (inevitable) accident. Play with fire, get burnt. Some believe it’s deliberate. halleys5 swings for the fences:

It would have taken too long to transform society a la “Logan’s Run”(1976) where we all just accept that TPTB don’t want you around past the age of productivity, unless you are part of the ruling class.

A virus and vaccine is much faster, plus someone might still remember the Logan’s Run movie and smell the rat.

“It’s 2274, and on the surface, it all seems to be an idyllic society. Living in a city within an enclosed dome, there is little or no work for humans to perform, and inhabitants are free to pursue all of the pleasures of life. There is one catch however: your life is limited and when you reach thirty, it is terminated in a quasi-religious ceremony known as “carrousel”.” aka the vaccine ;)

I’m not ready to accept the Logan’s Run version of events but there are many, many inconsistencies in the official stories. The current vaccines are basically untested. We are in the middle of a global medical experiment, South Korean population as lab rats. For better or worse, most developing and undeveloped nations will neither be able to pay for or organise mass vaccinations on the scale of the West.