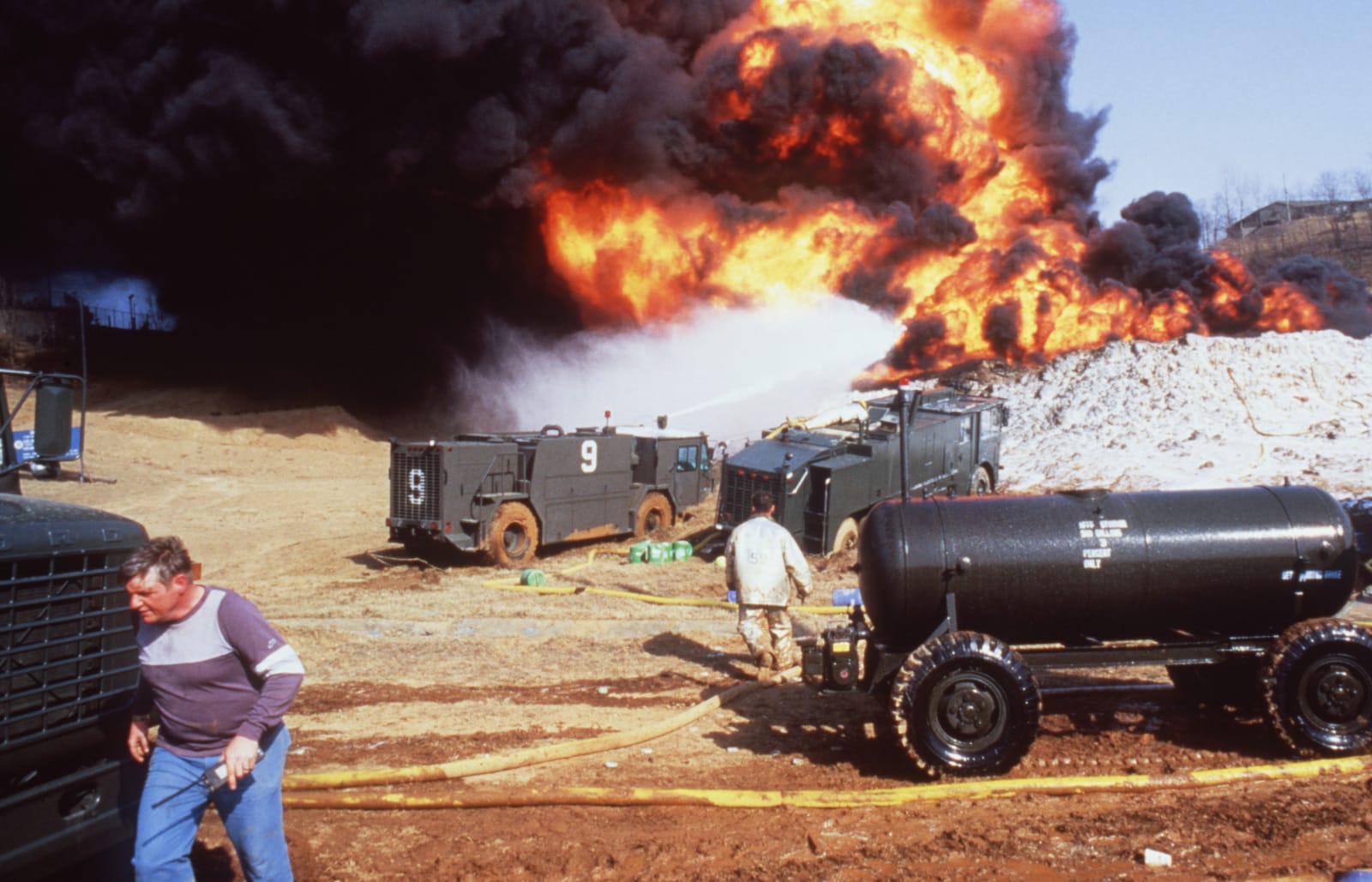 Should Americans trust the US Army? In a word, AFFF

Should even Americans trust the US Army? Apparently not. They’ve just incinerated over 10 million kilograms of toxic AFFF in urban areas! AFFF is short for Aqueous Fire Fighting Foam.

AFFF contains contaminants known as perfluoroalkyl and polyfluoroalkyl substances (PFAS); exposure to trace amounts of these synthetic chemicals is associated with a variety of detrimental health effects, and some have argued that PFAS are so risky that they not only endanger public health but threaten to undermine human reproduction writ large.

The burn sites were apparently mostly in low income areas. It’s unlikely that Nancy Pelosi would countenance such activities next to her manor or her children’s manors.

Some commenters wanted to suggest that these deadly shenanigans are a recent phenomenon and that in the past the US military would never play with or endanger American lives. mcmlvii points out that such toxic experiments killed his own father:

They have been engaging in unethical practices for nearly a century. My dad participated in poison gas experiments in 1943 at Edgewood Arsenal Maryland. When he died of colon cancer exacerbated by deterioration of the liver and pancreas in 1988, and doctors confirmed that the problems were related to chemical toxins, the VA accused us of lying and claimed that the US Army did not conduct such experiments in WWII because of the furor over the use of poison gas in WWI. My family has the Army documents from Edgewood Arsenal thanking my dad for his participation in the experiments. My mom contacted Porter Goss, who was then a member of Congress, and he helped us force the VA to publicly admit to the experiments. When government agents came to the house to see the documents, we had them under glass so they could not physically touch them. They were openly angry about that, but admitted they were authentic. They left after only about 5 minutes and within a few days issued their public confession. It’s old news to me that the US government can’t be trusted.

I thought only Muslim savages, Iranian barbarians, Iraqi Batthians, Afgan Taliban, Russian bullies, Serbian monsters, Libyan rapists, Syrian civilians and Asian (Chinese, Korean, Vietnamese, etc.) Communists were subject to the depredations of the US military liked depleted uranium munitions and white phosphor. Silly me. Some of their very best and most expensive toxic waste are reserved for consumption exclusively by a domestic audience.

The cupidity and stupidity of Americans and their institutions continues to astonish. Fracking their own groundwater for oil polluting their agricultural aquifers for hundreds of years to obtains oil which they sell at a loss via companies funded via funny money only exist thanks to an overheated investment environment apparently only scratches the surface of their ability for self-harm.

Photo from US National Archives. Firefighters stand by as aqueous film forming foam is sprayed from a fire truck onto a fire caused by the explosion of a 40,000 gallon JP-4 aviation fuel storage tank. Photographer Tony Lambert.