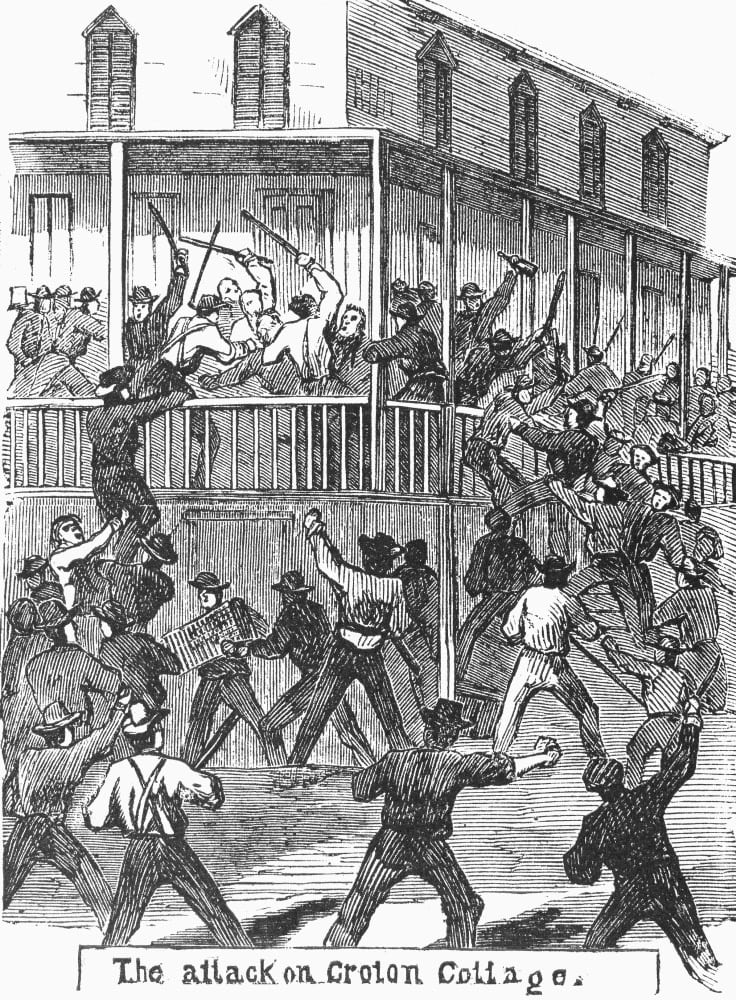 It’s become less entertaining and, worse, less instructive to read MoonOfAlabama.org over the last six months. There’s been a steady influx of AI bots or intelligence dullards (frankly it’s hard to tell the difference: says more about propaganda operatives than it does about the bots) infesting the comments.

Debate has often been of the he said/she said or name calling sort. Repetitive last word posts which impart no new information. John Brewster attributes it to the crowd who showed up with Covid-19 crowd. His comment is rather long. It’s well written and cogent: here it is in its entirety.

At first I watched, somewhat surprised, as b allowed alternative points of view to be posted. But then I noticed the cliques form and a distinct lowering of the tone of the site (morons, morons, morons). My surprise turned to distaste as I realized that covid was being used as a wedge issue to break the solidarity of a group of informed people, used as a wedge to foment divisiveness and emotionalism.

I just dropped in to say that you people are fighting over the dumpster fire distraction while the US and the whole West are being restructured by the elites.

I don’t care about masks, about pronouncements based on misagregated or polluted statistics, about who said what to whom. While you are all stuck in this mud-wrestling, the elite plan is working perfectly. Every day the economy is further disrupted, the government is further weakened, billionaires and their platform companies become more powerful. But you choose to fight about covid.

To me, the Covid situation is merely a Hybrid War-style excuse for initiating the elite plan to not merely rescue the massively overextended banking and stock buyback industries, but to shock doctrine the government into bankruptcy and privatization so that corporate rule can be legalized, social programs can be looted, “unworthy” public demonstrations can be banned while “worthy” ones are allowed, and authoritarian social controls (vaccine “passports”, lockdowns) can be instituted. I am basically borrowing from Ellen Brown:

Already during the covid period, the SCOTUS invalidated “fiduciary duty” as an obligation of fund managers; and an Executive decree allowed pension funds to “invest” in private equity, which industry is little more than asset strippers and bustout artists. Meanwhile, coins have become scarce, further reinforcing the push for e-payment. The elimination of cash is a major goal of the global corporatists.

TPTB have succeeded, even on this board, in making the covid issue a Manichean litmus test. That is, only two positions pass Chomsky’s “conciseness filter”.You are either for complete and unending lockdown until some miracle vaccine arrives, or you are for no lockdowns at all. Nuance left the building almost immediately. (Unless you count fighting over whether 6 feet or 20 feet is the correct distancing.) So, I do not want to talk about the medical aspects of the lockdown. I want to talk about the Deep State origins and control of it.

Has everyone here forgotten the run-up to the Iraq invasion? CJ Hopkins hasn’t:

I’m referring to the pandemic, of course, but also to the racialized civil unrest and identitarian polarization that GloboCap has fomented throughout the United States, and, to varying degrees, the rest of the empire.

That is, the Deep State activity is hidden behind several layers of propaganda psyops. I do not have time and you do not have the patience for a lengthy exposition of how comprehensive the elite plan is. So here’s the bullet point version:

1) The “Repo crisis”, beginning in September, 2019, showed the post-2008 financial bubble had popped, but it was papered over – by Fed overnight loans reaching $1 Trillion per day by March, 2020 – and ignored by the corporate media, while a way to bailout Wall St. again was searched for.

2) Bill Gates had been running virus doom scenarios for ten years or more. He has bought large stakes in the WHO, GAVI, etc. He is neither a humanitarian nor a medical professional. The Chinese reaction to Covid (caused by their legitimate fear that this was a biowarfare attack) played right into Gates’ scenario and led to its adoption at the WEF as “shock doctrine” to cover bailing out the crooks again.

Mike Whitney is clear on this:

It was clear from the beginning, that the lockdowns were going to have a catastrophic effect on the economy, and so they have.
M. Whitney

3) When people began to realize the extent of the bailout’s inequality (especially for small businesses and gig workers), the Floyd incident was given major corporate and media support to splinter and disrupt any economic pushback via racial disharmony. The masking rules were waived for demonstrators. Since the two psyops were in collision, something had to give. Masks did.

4) Then Trump used the already polarizing Floyd grievance to forward his authoritarian agenda to undermine civilian government with Federal troops – a government that had already been hollowed out by decades of neoliberal Democratic participation in the destruction of government via privatization. This caused even more Manichaean divisiveness. Again, according to plan. Trump’s job is to destroy as much of American government and trust in the same as he can. The more he rampages, the less government is left to oppose the corporate takeover.

Net result. Politics is at a standstill. Biden v Trump is a sick joke. The media refuses to talk about anything but covid, or perhaps George Floyd and demonstrations. The Democrats continue to shovel money to the MIC. The economy continues to be in free fall. Our warmongering gets worse by the day, supported by both halves of the duopoly.

5) Behind the scenes, the “Great Reset” is being planned by the globalists. The globablists know that neoliberalism has extracted all it can from society in its present form. They knew that bell had rung back in September, 2019. So they are planning to create a new society. The “reset” (an innocuous word for a devastating action) will mean the end of formal democracy, the institution of draconian social controls, and the slashing of social programs.

Instead of discussing the Deep State (which I admit is hard to do because they don’t exactly hold public discussions), b dutifully headlines the latest scare-mongering about covid. I’m surprised he didn’t give further coverage to the “plague in Mongolia” story that was headlined in the NYT and the BBC earlier this month:

Bottom line: A board formerly noted for its intelligent and informed readers and for skepticism of the official narrative cannot notice the massive “be afraid of everything” psyop that has been running on all channels since March? I guess not. That’s where I thought this board was headed when I left, and the behavior of this site since then has confirmed my evaluation.

I came back for this one post, to say “wake up, suckers”. You are being robbed and your rights are being stolen. You can’t seem to walk (fight the Deep State’s rollout of their coup d’etat) and chew gum (have a reasonable and appropriate response to covid) at the same time.

Brewster is certainly right about the robbery perpetuated on the American people (and to a much lesser extent than on the European and Canadian peoples), via the quantitive easing. These trillions went to the biggest and wealthiest corporations, insurance companies, airlines and banks. Effectively this is trillions of dollars of anti-Robin Hood money. I.e. these trillions have been taken from the poor (consumption taxes) and given to the rich.

Brewster is sage to doubt the timing of the Floyd outrage and explosion of support for BLM. These issues of police brutality and police murder have been on the backburner for over a dozen years, if not decades. There’s not much reason for the pot to boil over now, unless someone wants it to boil over.

Where Brewster is on thinner ice is in doubting the health ramifications of Covid-19. The separation and spread of Covid-19 is a direct result of experiments in biological warfare. In 2015, the lab in Wuhan had been paid $3.7 million by the US NIH (National Institute of Health), headed by Dr. Fauci (yes the same one, annoying us on television now and the target of Plandemic author and scientist Judy Mikovits) to do research – i.e. create and manipulate – Coronavirii. It’s a matter of standard procedure for the US government to offshore illegal and dangerous bio-weapons research to labs on foreign soil, whether in Georgia, Ukraine, Africa or China.

There’s a lot of pension liabilities coming due now in the West. Based on current longevity, those pensions will be paid for a long time. Wiping out half the pensioners within a few years, would save trillions. The USA has far too many people who are morbidly obese, in ill-health and effectively unemployable. Okay, they’d make poor clerks and second-rate security guards but doing more than sitting at a desk for two to three hours is well outside of their physical capabilities. Shedding those unemployable would only benefit the USA.

When New York State’s Governor Andrew Cuomo paid nursing homes to house the Covid-19 patients – the single worst place to keep Covid-19 victims – it was a strong red flag that something is seriously amiss in the response to Covid-19. Seeing Bill Gates fronting infomercials for mass vaccination in a Mr. Rogers’ sweater is a smoking gun. Gates’ vaccine programs are infamous for the mass deaths and he refused to allow his own offspring to be vaccinated as children.

Based on the death toll in Iran (who have no reason to exaggerate) and Italy, it’s clear this virus has legs. Personally I do worry about the secondary characteristics – that like AIDS Covid-19 can weaken the organism and leave you more vulnerable to other bacteria and virii.

Ensuring that the ostensible ground zero for Covid-19 is China, solves many macro-economic issues for the USA. De-coupling from China will be very expensive for the consumers and the enterprises of the world. Decades have been spent building up factories, contacts and supply chains which serve the world. Moving all of that production out of China will cost the West an average markup of at least 30% on consumer and light business electronics (lower some places, much higher in others), not to mention the losses when the Chinese market disappears for our own brands.

It seems to Both Bernhard of MoA and Brewster can be right. Covid-19 can be both a psyop and a real threat to health.