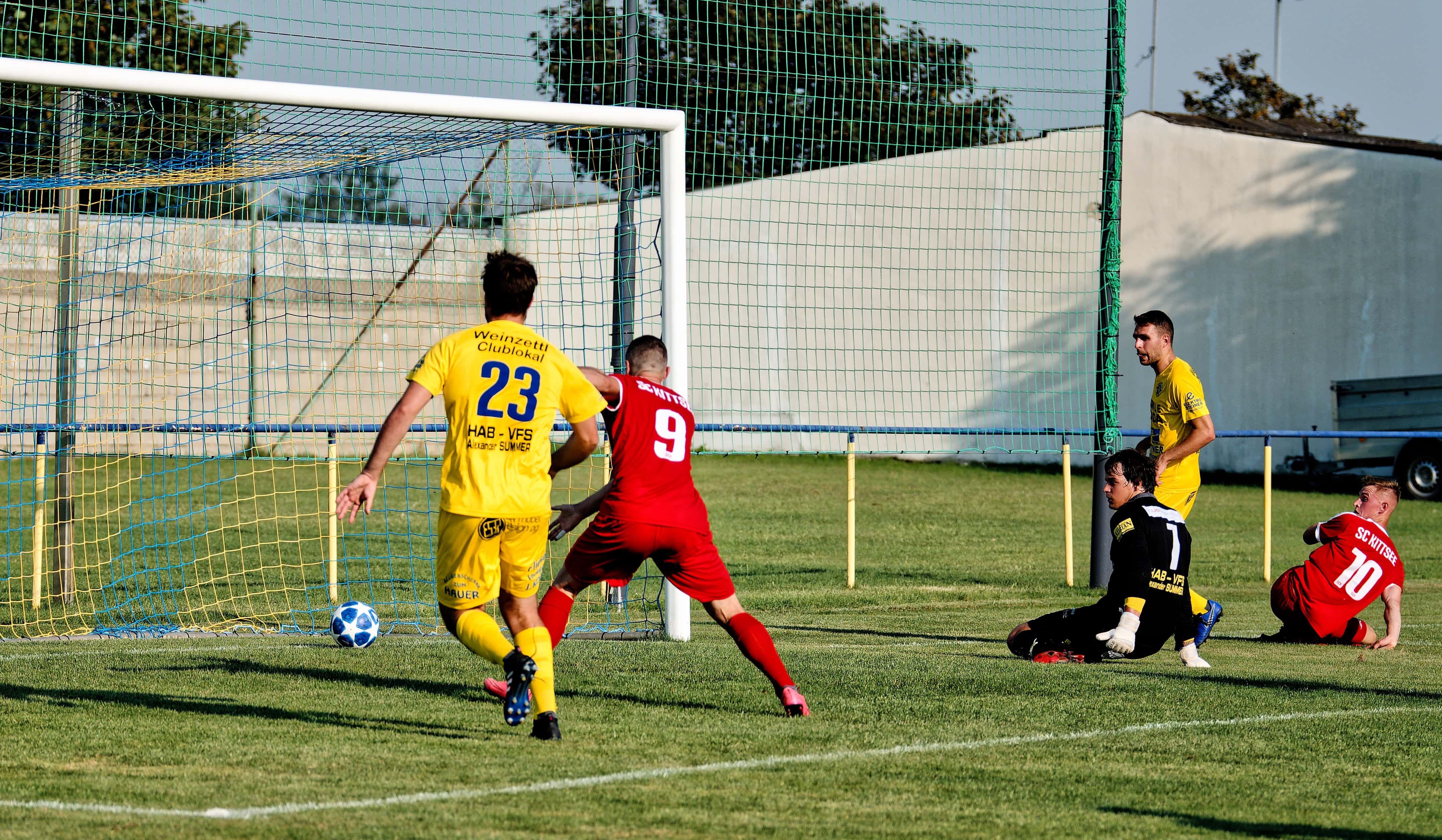 Last weekend our Kittsee soccer team headed deep into wine country beside Neusiedler am See to play Apetlon in the Raiffeisen Cup, which is one of the those national tournaments in which teams from all levels can compete, rising to meet tougher and tougher competition. These cups are really a remnant of amateur sports, where a smaller city could field an amazing team for a few years and take home the national silverware.

It’s great to dream though – and dream big Kittsee did. Franz Ziniel had the team perfectly prepared and they dominated Apetlon throughout the game. The fight didn’t go out of Apetlon until 4-0. Congratulations to Mario Marko on his four goal hat trick – four in a row. He was on fire. Jozef Sombat had a goal and an excellent game outrunning the Apetlon defense regularly. The first goal went to newcomer Jozef Rejdovian. The new team members seem very solid.
Saturday 15 August Kittsee takes on higher league rival Parndorf at home.