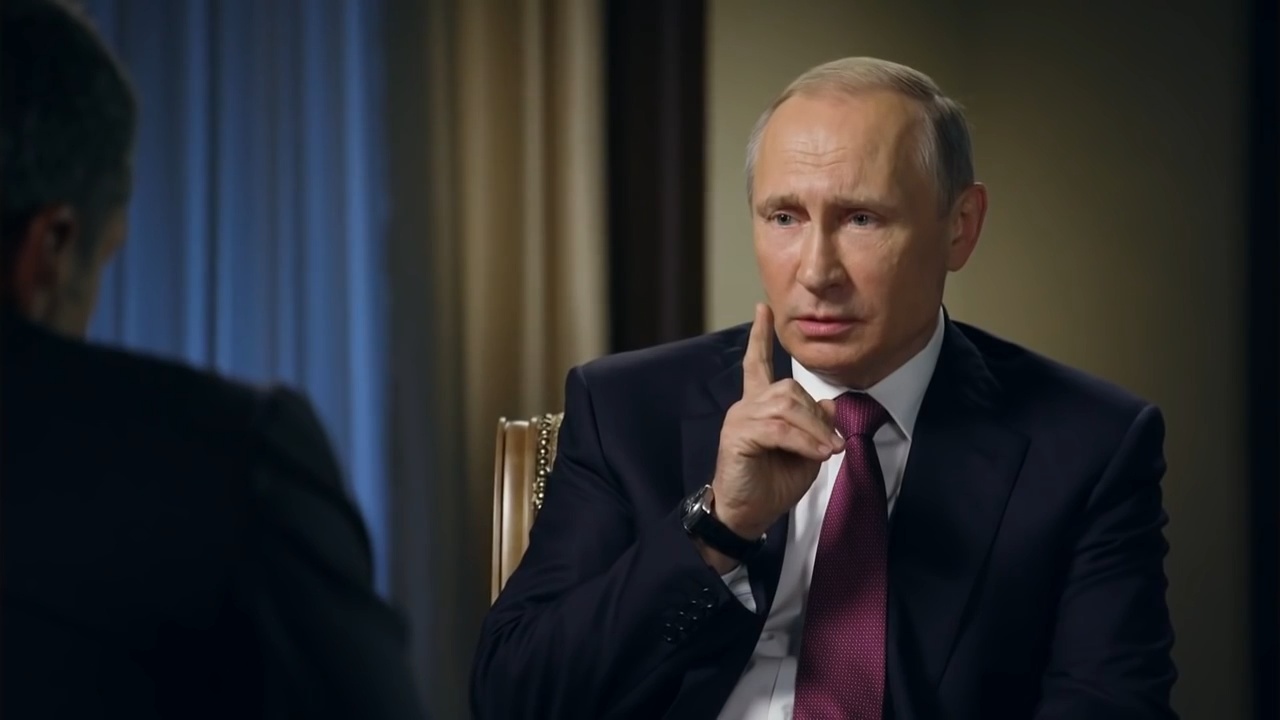 What is the point of a world without Russia? Full quote in context.

One of the clearest and yet astonishing policy statements given by a statesman in the last twenty years came from Vladimir Putin:

What is the point of a world without Russia?

Why would we need a world without Russia?

What use to us is a world without Russia?

The Russian is even clearer and pointed than the English, although I’ve done my best with the translations. If you read all three English versions, and hold all three in your head, you have a fairly exact understanding of just what Vladimir Putin said. I’d seen the clip in isolation but thought it came from Oliver Stone’s documentary The Putin Interviews (2017). I was also not quite sure of the wording.

I decided to do a bit of digging. It turns out that Putin had been speaking to Russian television anchor Vladimir Soloviev for his film World Order 2018 (Miroporyadok/Миропорядок 2018). The phrase is normally given without context in English.

I did find a high quality 2m12s clip of the (in)famous quote in context in Russian. But no how hard I looked I could not find a version with English subtitles. Here’s the clip with hand-translated idiomatic subtitles (by yours truly).

Here's a very good orientation point, my beacon is what are the interests of the Russian Federation and her people. As long as I feel I'm following this path correctly, nothing else interests me. Simply I couldn't give…these words are too rough…I… Nothing distracts me from decisions which I consider the most important for my country. Here we are not alone. If other countries who have this kind of weapon why shouldn't Russia have them? As far as this theme is directly concerned, of course it's very important, exceptionally sensitive. But I would like to tell you and would like for people both here and abroad to know our doctrine for deployment. I hope it will never happen, but our theoretical doctrine for deployment would be to answer an incoming strike. What does that mean? It means that the decision to deploy nuclear weapons can only be taken in the case where our warning system observes not just rockets taking off but gave an exact prediction of the flight path and time of arrival of the essential parts on the terrritory of the Russian Federation This is called response to an incoming strike. Hence if someone has taken the decision to annihilate Russia then we have the lawful right to answer. Yes, for the human race it will be a global catastrophe. For the planet, it will be a catastrophe. But for me as a citizen of the Russian Federation and the head of the Russian State, I must ask myself the question. What is the point of a world without Russia?

Given the public nuclear doctrine of the Russian Federation, I’m astonished at US efforts to threaten its existence. Perhaps Jens Stoltenberg, Mark Milley, Lloyd Austin and Ursula von der Leyen believe that Vladimir Putin is bluffing. I would suggest they more closely examine his track record of execution. Few current Western leaders seem particularly thoughtful and all seem inclined to groupthink. The genuine Kremlinologists and Arabists have been thrown out of the State Department and are held in disgrace in Europe.

I remember the days when Western leadership was still capable of listening to those who disagreed with them. Some select few were even capable of negotiation. We need that kind of leadership now.