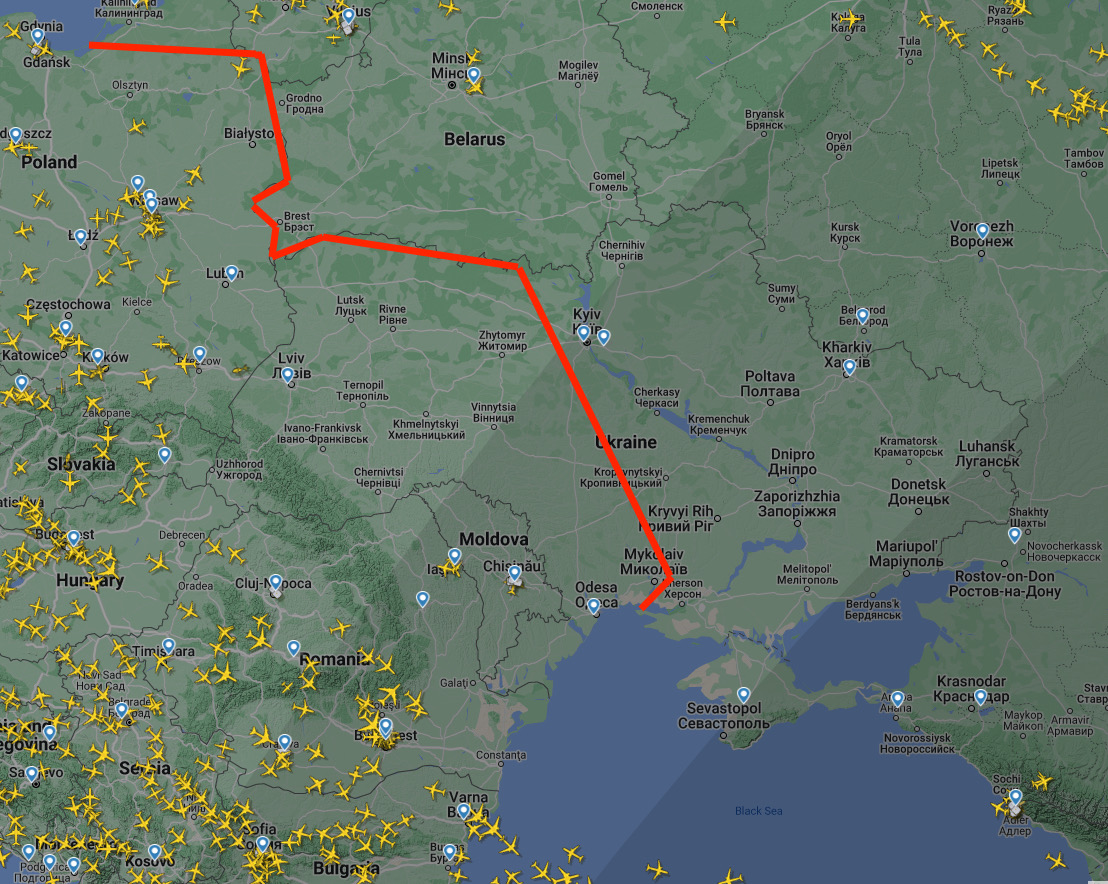 Russia’s defence minister Sergei Shoigu has announced mission accomplished on one of Russia’s main military goals for what began as its Special Military Operation in the Ukraine. That goal is the establishment of a firm land bridge between DPR/LPR (Donetsk and Lugansk Peoples Republics) and Crimea.

What happens next? On the military front, Russia appears to have the upper hand and could continue to move forward in the Ukraine. This leaves NATO in a difficult position – the Ukraine would be lost completely to NATO, making the Russian Federation 576 square km larger. To lose the entire territory of the Ukraine would be a generational strategic and publicity defeat for the West.

The West’s original gambit was for a military defeat of Russia combined with an economic meltdown at home and social unrest within Russia. This has failed. Western statesmen don’t appear to be much worried. There is a plan two, launched on 22 May when Poland’s president spoke to the Ukrainian Rada and demonstratively hugged Zelensky. 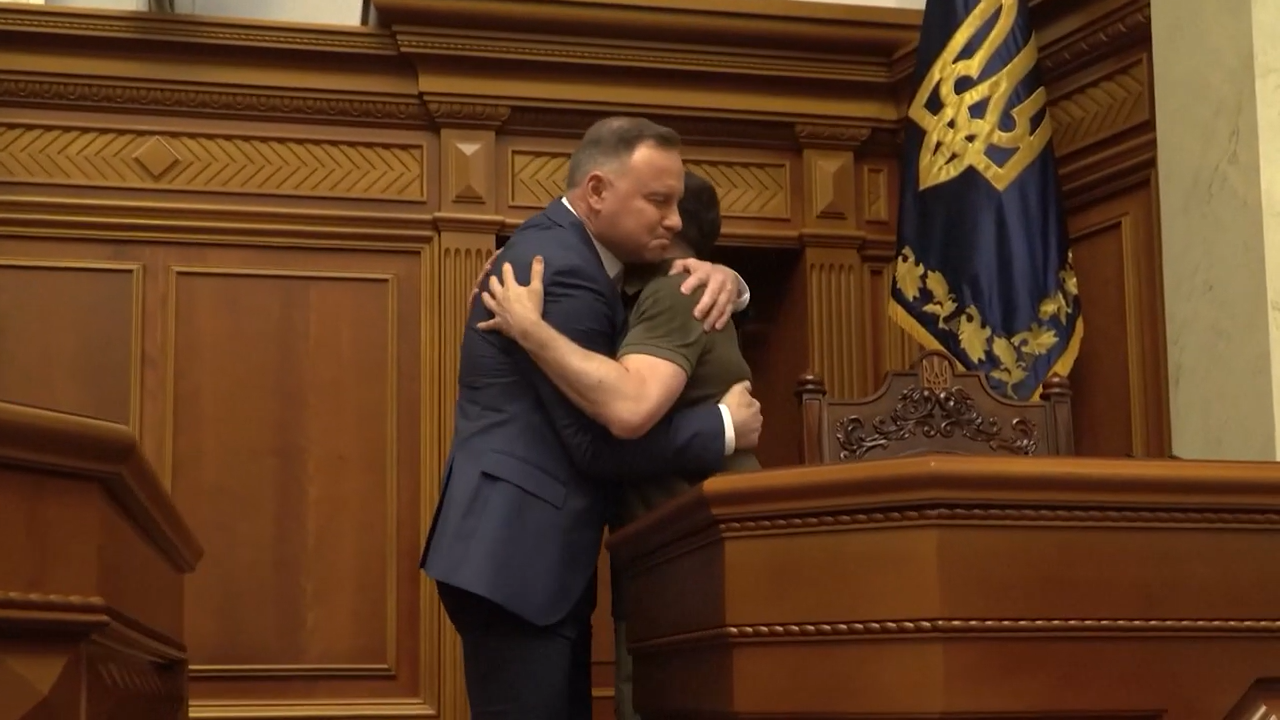 The look on Duda’s face does not look like the expression of a man comforting a struggling neighbour, but rather like a gambler who has just hit the jackpot. Why this exultation?

NATO is already collaborating with the Poles on incorporating vast swathes of Ukraine into Poland, calling it NATO territory and using that hostile territory as a barrier between Russia/Belarus and Europe. The plan is to rebuild its army to conquer the east with unlimited preparation, unlimited weapons.

To prevent Poland from annexing Western Ukraine, Russia must make clear to Poland that no annexation of Ukraine will be recognised and that Poland will have to fight for that territory themselves in direct conflict with the Russian army. It’s unlikely that NATO will want to directly particpate in the armed conflict. The danger for Russia is that when promised free immediate EU membership, Western Ukrainians will be willing to sell out their country completely and give up Ukrainian sovereignty forever. Russia could face a true popular uprising where Western Ukrainians want to become part of Poland.

If the Western Ukrainians are happy to give up statehood, Russia has few legal counter-arguments. The belligerent – Ukraine – disappears and its two component parts are divided between Russia and Poland. Ironically, under similar circumstances in the eighteenth century, Poland was twice partitioned by Russia and Germany.

Under pressure from NATO, the USA and Poland, the EU will be force fed the Western part of Ukraine, like it or not, using the East Germany precedent. It would be hard for Russia to counter this move except with total war on Western Ukraine, acquiring a territory mostly purged of its inhabitants.

A much easier win here would be to take Odessa and Transdniestra to acquire another direct European border. Romania does whatever NATO tells them but Romanians are at heart horsetraders. Russia can afford to offer Romania better conditions than NATO does. Good relations with Romania gets Russia direct trade routes with Hungary, Serbia and Bulgaria.

If I had to redraw the map above, Kiev would be on the Russian side of the white line. It’s likely that Russia would stop on the other side of Kiev to ensure that the Ukrainian rump state absorbed by Poland cannot reconstitute itself and that Kiev assumes its historic place as the original Kiev Rus.1

Yet acquiring and maintaing such a panhandle would be difficult as Chernavtsi has a much richer historical association with both Hapsburg Austro-Hungary and Romania than with Russia. It would be very difficult to hold this territory.

If Russia must hold Chernavtsi, it would make more sense to take all of the Ukraine, turning Western Ukraine into a kind of neo-Warsaw pact protectorate. Curiously, most of the Warsaw pact countries operated as a net economic loss for the USSR. Still, economically-unviable territories can have enough military/political value to be worth the investment. Gibraltar is a net negative for the UK, not to mention the Falklands. France’s outre-mer costs Paris more treasure than it brings, not to mention the headache. Outre-mer still has enough social and political value to justify France’s annual subsidies.

How far is Russia willing to go to demilitarise and de-Nazify Ukraine? What concessions is NATO willing to make? So far based on the balance of forces it looks like the Polish annexation and disappearance of Ukraine is the most likely. NATO would be reasonably happy for Russia to have a single open border to Europe with Moldova, backed up by the Romanian border.2 There’s much room for mischief and blocking of this border and capturing the elite of just two countries to keep Russia behind a new Iron Curtain relative child’s play. Russia would plan to subvert the Romanians with rich blandishments and pressure from Hungary, Serbia and Bulgaria who would also prosper from direct connections to import Russian energy and export to Russian markets.

In this scenario, the great game goes on. The losers in this scenario? The Western Ukrainians, who end up stateless again, and with no friends. The absorption into Poland will be almost total. Aside from the obvious winners – Poland, NATO, Russia – European citizens and the world also win from this partition. Nuclear armageddon would be averted, at least temporarily.