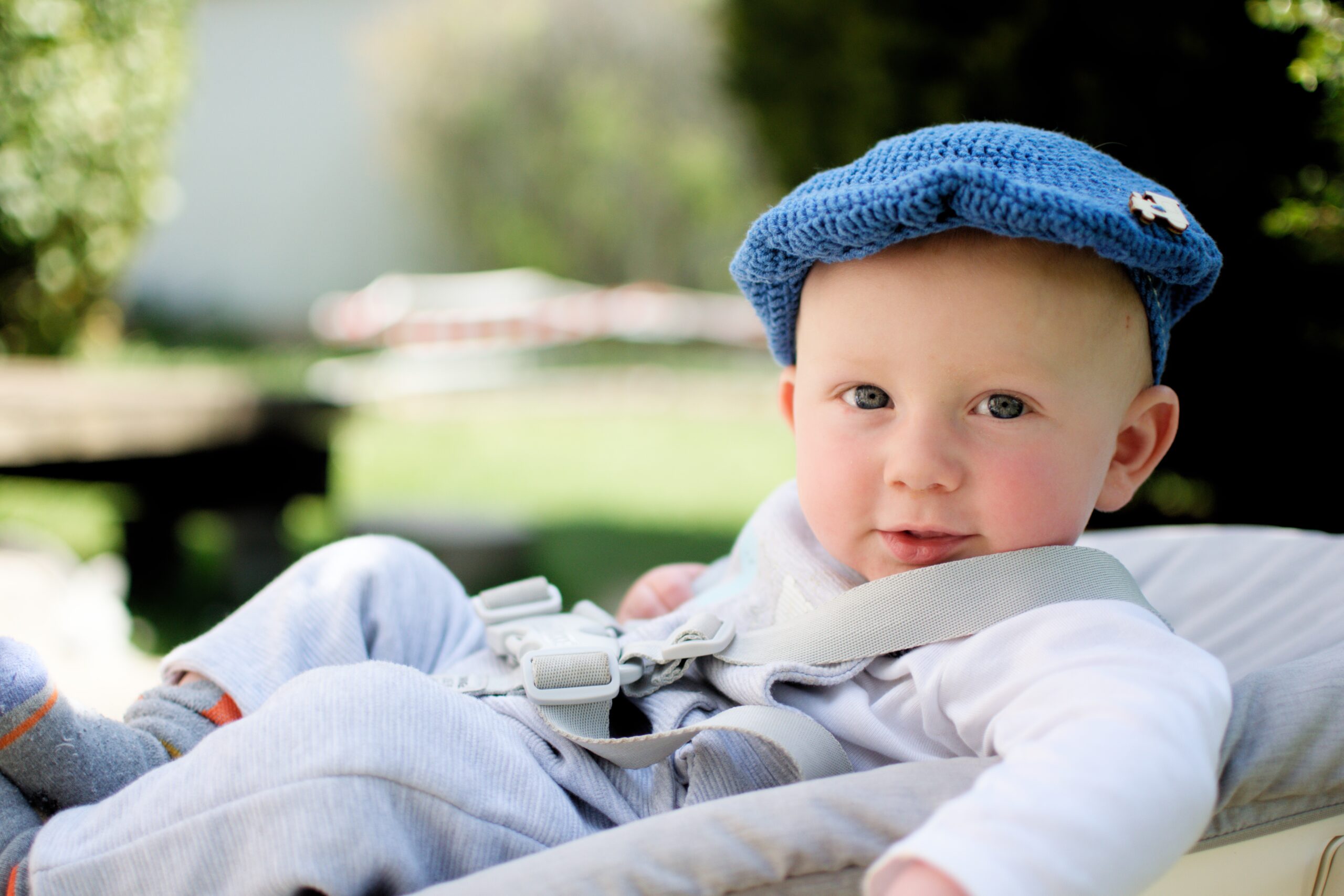 Why I shoot Nikon: PhilK version

Interesting exchange with [PhilK](https://www.nikoncafe.com/members/phil-k.145/#about0 over at NikonRumors.com on a thread about how well Nikon IBIS does combined with a lens with IS/VR1.

Nikon was LATE with all electronic mount, LATE with ultrasonic AF, LATE with electronic diaphragm, and they were LATE with image stabilization. More recently they were LATE with fluorite element teles, LATE with diffractive optics (Nikon calls these PF), LATE with blue-spectrum optics, LATE with silent stepper AF, etc etc. Canon pioneered most of those in the film SLR, DSLR and MILC eras. Their dual-pixel AF, silent-stepper AF and other tech in DSLRs with EF mount made Nikon an also-ran for DSLR usage for video for years, and up until this day. (And not a huge surprise really – Canon has been heavily involved in the Cine/Video field for many years, Nikon never showed much interest in it. Which is fine by me because I’m not much interested either, but it’s still a competitive issue nowadays.)

As ex-Canon, happy Nikon shooter (switched a couple of years ago), Canon tends to overpromise but then add a killer cripple feature in what would otherwise be good gear. The main vector was video – the Canon 5D III hardware was capable of shooting 4K RAW with Magic Lantern Firmware, but Canon’s version did not only not shoot 4K, the 1080p output was in fact 720p due to line dropping.

Canon promises and promises but is secretly lying to its users. The R5 and R6 are an attempt to repair that reputation but Canon botched even that with overheating fiasco.

Many of your charges against Nikon speak to how Nikon strives to maintain legacy compatibility. I’m really happy about that. I just wish Nikon would not change the eye piece specifications so often (I like the alternative finders and viewfinder hoods) and that Nikon would put out two alternative FTZ adapters.

Canon does have amazing colour science. I had to up my post-production game to be able to move to Nikon. Canon does have very durable cameras. Nikon D7xx/D8xx/D4/D5 cameras aren’t bad but look tatty long before a 5D x series camera does. Canon does have great after-sales service on the pro gear, even ten years down the line. You overpay but the equipment keeps working or Canon authorised service centres will get you back up and running at very reasonable prices.

Nikon can’t beat out Canon’s colour science (Nikon does have very good and very natural gradations so the situation isn’t bad unlike for Fuji which ends up looking like water colour or Sony which is a constant fight in post-production) but Nikon could certainly improve build quality, lens bags and improve after sales service.

Phil laments that Nikon trails in implementing new technology, although his praise of Canon’s early and hideous cost cutting has an air of Mark Antony’s praise of Caesar:

I was in the camera business when Canon made the EF switch, and my issue with many of the Canon models at that time was the ugly and cheap-feeling plastic body panels on many of them (in contrast to the penultimate FD-mount Canon – the New F1 – which had fabulous build quality), the plastic barrels on a lot of the shorter lenses, and the ‘meh’ if not ‘ugh’ ergonomics.

But looking backwards, from a long-term strategic standpoint all those things were actually harbingers of the direction the entire camera industry – including Nikon – would eventually take. (It also helped that much more aesthetically pleasing and mechanically robust plastic and composite materials were eventually developed which did away with those cheesy-feeling early EF-mount cameras.)

But the electronic diaphragm, image stabilization and ultrasonic AF that came along with that tech just destroyed Nikon’s position in the pro market within 10 years. The F4 had horrible AF (had one, got rid of it, even though I did like some other aspects), the F5 was much improved but by that time Canon was already ahead again in various other quantitative respects.

To this day I prefer a lot of things about Nikons but that does not mean I’m not frustrated at all the missed opportunities. Nowadays (and long before the pandemic) it’s just gotten depressing as Nikon cost-cuts, cost-cuts, cost-cuts until many of the things I liked about the brand don’t exist any more.

I used to be able to drive across town and drop off equipment at a local Nikon service center. That was closed over 20 years ago. Service in general now kind of sucks and they won’t even allow an independent shop to even buy parts from them any more. The marketing swag and interesting ads have mostly disappeared as Nikon has no budget for such things any more. This is not how you create a loyal following.

They still “punch above their weight” in a market now dominated by various companies many times their size, but I miss the days when they were truly on top of the heap or at the very least sharing it with one other company and producing lots of breakthrough tech on jewel-like products.

Nowadays, more often than not, they are just adding things on the tick-list that their competitors added a year or 2 prior. Sad.

In my response, I point out that Nikon builds cameras and lenses for photographers who have to weight budget and price rather than studio photographers with three assistants to carry their lens bags and unlimited budget:

I’m not much interested in €3000 f1.2 wide angle lenses. There’s not enough depth of field at f1.2, those early Canon ultra wide ultra fast lenses don’t particularly resolve and that much glass is too heavy and expensive to carry around. So the argument about how 35mm needs more than a 44mm lens diameter was basically nonsense and marketing until IBIS came along (just a few years ago really).

I really like those legacy Nikon lenses. The 35-70mm f2.8 is a gem both to shoot and to handle. Canon leapt too soon and made really plasticky and horrible lenses and bodies for years. Over the last dozen years, both Nikon and Canon make great lenses and great bodies. I’m tired to death of the Canon cripple hammer and will never reboard that ship. Sure Nikon runs about six months behind (average) on “exciting” new features, but unlike Canon Nikon for now does not trick its customers selling crippled gear.

I’ve really never been disappointed in any Nikon cameras. Even the D3300 I bought for my five year old son has been an absolute gem to use, and in terms of image quality, build quality. The Nikon 24MP APS-C sensor is stunning. This is from a guy who shoots with a D850 and a Z6. Canon’s lower end cameras of the same period were absolute pieces of plastic junk. Great colour science but almost unusable.

PhilK points out that Nikon does not build its own sensors:

Unfortunately, as with many other mass-produced products, the reasons people choose to buy one brand over another don’t necessarily align with the product line characteristics that you or I think is most important from a shooting perspective.

There have always been “horse races” for specs and features in the camera market (like with so many other products) and the fact that these “bragging rights” are important for how your brand is perceived is re-emphasized by Nikon’s choice to produce the extremely extravagant and very niche f0.95 Noct for Z.

I guarantee you that Nikon has been dying to one-up Canon like that for decades, especially given the fact that Canon had to go to Nikon to get lenses for their first cameras, and in the interim Canon has been “one-upping” Nikon with 50mm f/1.0 lenses, 85mm f/1.2 lenses, etc etc.

It’s not nonsense, unless you want to be like one of those so-called “Artisan” lenses with poor IQ and ridiculous vignetting. (“But that makes it “arty”!!)

I put together a list on this once upon a time. IIRC the “feature delay” on key tech like ultrasonic AF and IS/VR was more like 2-5 years. Stepper-actuated diaphragm? How about ~20 years?

Now if I personally considered those things “showstoppers” I wouldn’t be here posting on NR today. But they are certainly major competitive factors and one of various reasons why Canon is in a much better place in the market today than Nikon is.

The Nikon 24MP APS-C sensor is stunning. Oh, you mean the Sony sensor that they sold to several other Nikon competitors as well?

List of all Nikon DSLR cameras and their sensor manufacturer/designer

What is the sensor inside NIKON D3300?

And what were those models from other competitors with essentially the same sensor?

The sensor manufacturing really is a non-issue.

About the sensor: I’ve had a Sony A6300 and A6500 (in my Canon days, for video/travel). The Nikon realization of this same sensor is on another level than what Sony did with it. Same thing with what Fuji does with these Sony sensors. I’m not really fussed about who built the silicon. I’m more worried about visible high ISO noise (Nikon does pointillism luminance noise, Canon does colour blotches, chroma noise), rolling shutter, quality of HD footage (who wants to shoot 4K all the time), ability to raise the shadows and quality of the colours.

Someone’s photographic/video priorities at Nikon line up with mine.

A photographer can enjoy non-crippled long lasting 35mm gear for reasonable prices from Nikon. No other manufacturer offers this.