The Unattractive Consequences of Free Money

Hail Spode writes about the consequences of fake money, i.e. backstopping of big business by national banks, sometimes described as quantitive easing (but it’s not):

The big boys know that all that really matters is pleasing those who control the thin-air money spigot. It is why business will insult their customers, media will lie to their viewers, politicians will betray their constituents, preachers will ignore their calling, researchers will skew/ignore data, and educators will defy the parents of the students.

Having all power in one place is the opposite of freedom, and you can’t have decentralized government and central banking. You have to choose one or the other. I know it is human nature to rally around personalities rather than ideas, but it is imperative we grow up and do so. We will either end fiat currency and central banking, or they will end the Republic. Period.

Such a position of ending fiat currency is of course too extreme but Mark Moore is right that unlimited backstopping of big business along with a captive press, bought politicians and fraudster scientists hopelessly distorts the marketplace of ideas. Instead of a virtuous self-correcting system, which generates greater productivity over time, i.e. more goods and services, one ends up with parasitical classes which gradually reduce the quantity of goods and services available. The first result is inflation.

The eventual result is failure. The tension between the real economy and the paper economy becomes greater and greater, eventually breaking out in an enormous black market economy. A black market economy is the only place we can be certain that the politicians and corporations won’t be siphoning off seventy per cent plus of our efforts.

The economies of Europe are not at that point yet. It’s between thirty-five and sixty percent, perhaps more if one allocates the resources spent on appeasing bureaucracy (there’s a lot of paperwork to file, which requires paying people just to create those papers and interact with the power structures who check those papers). But we’ll soon be there.1

What is shocking is that the people in the parasite classes are now able to buy bigger houses, more cars, travel in private jets – while those of us working to create goods and provide services, gradually watch our savings disappear into thin air.

Europe’s solution to a predatory class has always been revolutionary. We tear them from their mansions and behead them (Cromwell, French revolution, Russian revolution). Or impose enormous inheritance taxes and wealth taxes (UK in seventies). It should not be in anyone’s interests to push matters to these extremes. Yet push and pull, in that direction carries on.

Were the USA to stop its endless wars on the Middle East (Lebanon I, Afghanistan I, Iraq, Libya, Syria, Lebanon II) this would end the economy and security (important for tourism) draining invasion of mostly unsuitable migrants to Europe. Were the US to stop its Russia-baiting, Europe could focus again on tourism and trade with Russia, confident that we will enjoy inexpensive energy for another generation. Were the US to stop its bioweapons programs, which have resulted in plagues in Georgia and now Covid-19, we could go back to our restaurants, our theatres and our hospitality businesses.

Until very recently Europeans lived in a paradise on earth where everyone was working a service business to make each other’s lives better. Free health care was a universal right, a first class education for one’s children was within reach of most families. It was a virtuous circle: I write software which makes artists lives easier, who dance or act for us in the evening which makes our lives better, while chefs and waiters enjoy the same performances and make all of our lives better, while foreign visitors experience life-changing cultural and culinary experiences. Our police would enjoy the same restaurants and lifestyle, while protecting us from the worst side of human nature. Our bureaucrats would protect small farmers and regulate our artisanal guilds, while restraining multinationals from regulatory capture of the economy.

Thanks to aggressive US actions in Eurasia and US capture of our political and financial institutions instead we are offered the joys of both cold and hot wars. Blithely printed fake money is what we are being given to bribe us to accede to our own doom. A few troublesome politicians must be blackmailed or run out of office via personal/financial scandal. Incorrigible troublemakers who can’t be bribed and are too popular to blackmail die in untimely accidents. 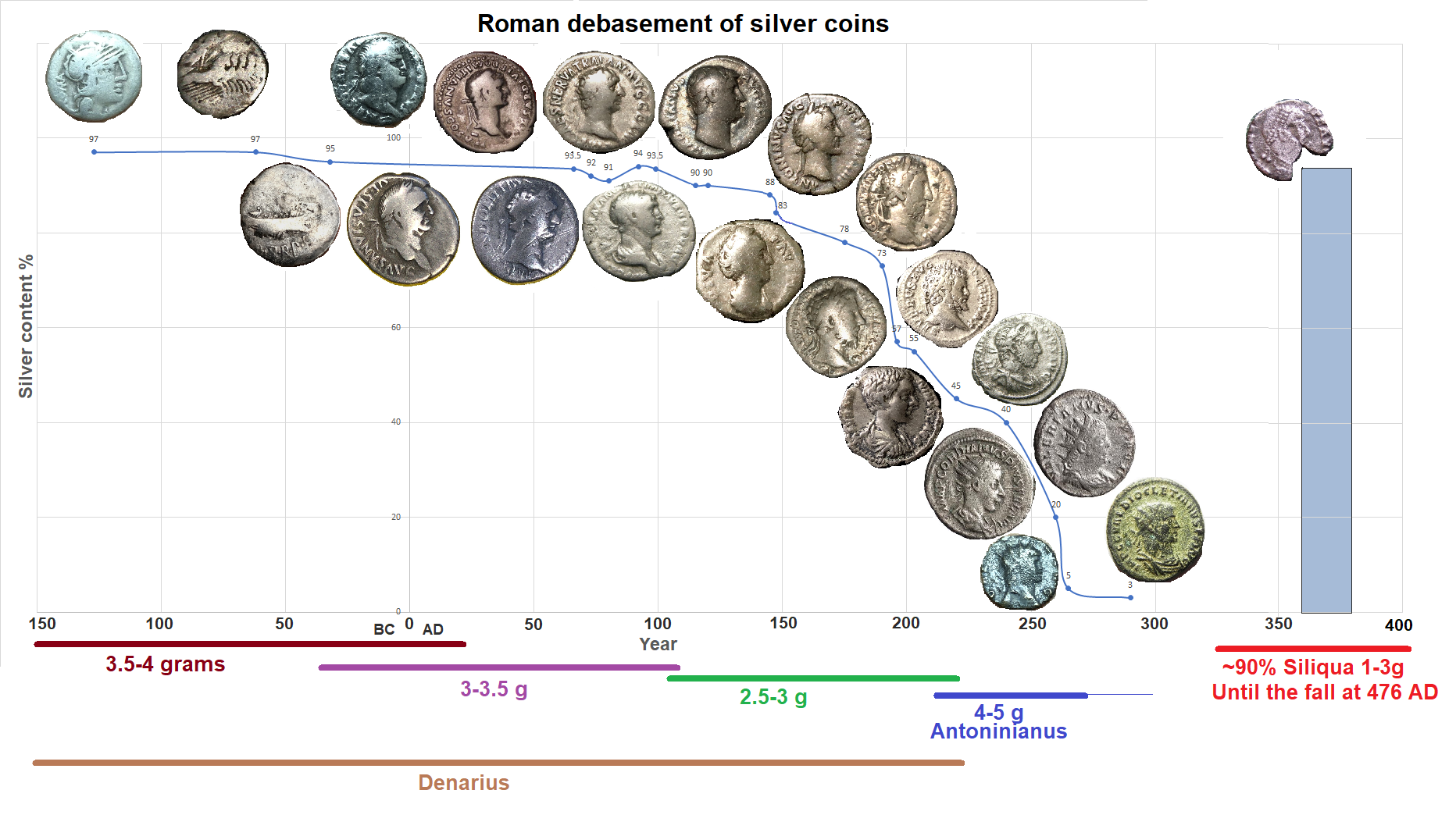 The later Roman Empire was known for its extravagance, genocide and cruelty. Truly, the Romans2 must learn from us now, of corruption, hedonism, waste and destruction.