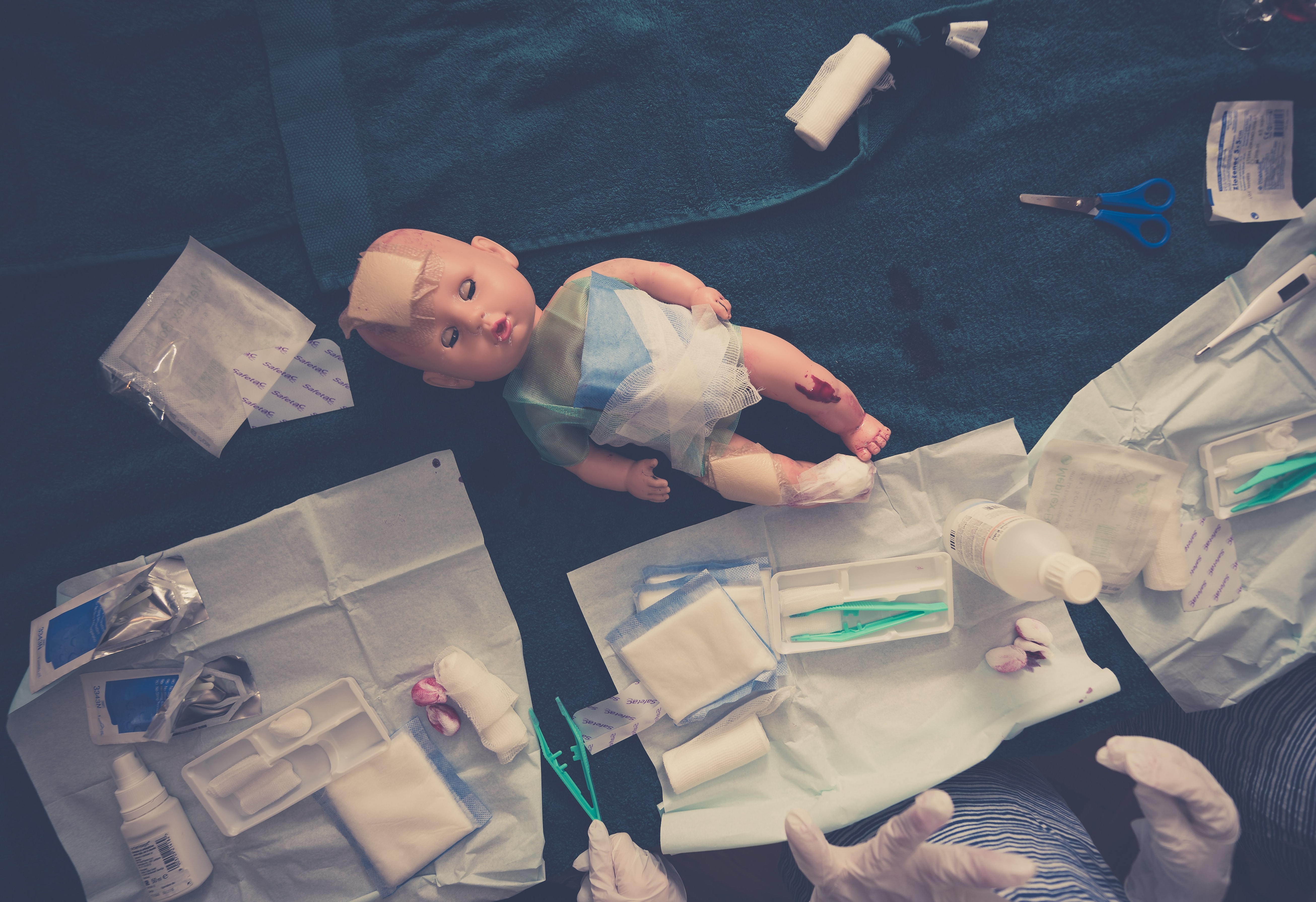 We’ve all been watching the Covid-19 parade for awhile. Let’s go through the stages of lockdowns first and in context we’ll return for Dr Fauci’s sudden enthusiasm for vaccinating toddlers and babies.

First, it was a temporary lockdown to “flatten the curve” and let scientists and medical doctors estimate the dangers and cobble together treatment plans for this new Coronavirus.

I was totally on-board with this step. Three month lockdown while the scientists figure out if the mortality rate is 0.1%, 1% or 4% (they already knew it wasn’t 10% – thank heavens). When it slowly became apparent that the mortality rate is more like 0.1% (1) Out of 1000 people who contract Covid-19, one will die. This is terrible. I have another statistic though which is quite depressing. Out of 1000 people, fourteen will die every year (assuming average lifespan of seventy years). Of those four who will die from Covid-19, the vast majority will be individuals suffering from pre-existing conditions who would have been likely to die in the next six months or year.

The median age of death is about 82 years. This means half the deaths are of people older than 82 and half people younger than 82.

Americans and British are more at risk. Why? The bulk of the population are out of shape, overweight (or obese) near-diabetics due to diet and sedentary lifestyle. The American statistics prompt Worldometer to do this kind of dubious arithmetic:

Worldometer are wildly underestimating infections (many pass almost unobserved) and over-attributing death to Covid-19 (a common issue, particularly prevalent in the Anglo-Saxon countries). I recommend you check the link above and read through the calculations yourself.

While in bad taste, BandGap makes a good point about the lethality of Covid-19.

Why aren’t all the homeless dead?

No masks, no distancing, no medical care, poor nutrition, etc…

Large groups outside of seniors’ homes are not dropping dead from Covid-19. The deaths in seniors’ homes seem to have been deliberately encouraged in both New York State and Ontario by placing Covid-19 patients right in those homes. This was a death sentence to thousands of our helpless elderly. Those who gave those euthanisation orders should not only be removed from office but imprisoned.

After it was established that Covid-19 mainly menaced the sick and very old, those closest to death, a decision had to be made. Either to go on with life, with those most at risk isolating from everyone else, ro

A rather silly compromise was made where international air travel continued to be encouraged (can’t have the airlines shutting down!), while more and more restrictions were pushed on domestic businesses and people. Schools shut down while people continued to fly. This was absolute nonsense. That we would prioritise airlines and international businesses and celebrities/the very wealthy over our schoolchildren’s study and workers’ work is indicative of how capitalism has corrupted both our ethics and good sense.

Frankly I was heartily displeased with these half measures destined to fail.

British PM Boris Johnson was still prattering on about “herd immunity” while Donald Trump was preparing for a grand re-opening sooner than later.

Third Lockdown: Waiting for the vaccine

The real economy is already faltering. Restaurants, hair dressers, theatres, movie theatres, nightclubs and hotels are all shut down. Western society is held together by massive stimulation packages which seem only to heat the US stock market while burning literally trillions of dollars. Billionaires are getting richer by the week, while normal folk run through their savings.

Some kind of vaccines were quickly cobbled together. It appears that the Russian scientists had a head start with other coronavirus vaccines they’d been working on. The race was on. British and American scientists were starting from a standing start. Nevertheless, everything would remain shut until everyone is vaccinated.

The vaccination program is not going particular well (less than 10% penetration) as of the end of March 2021. Authorities are now starting to talk about a real re-opening in 2022. Stealing another year of life from schoolchildren and university age young people is criminal. The economy may never recover after another year of spinning its wheels. Much of the economic activity now is predicated on a real economy returning relatively soon. 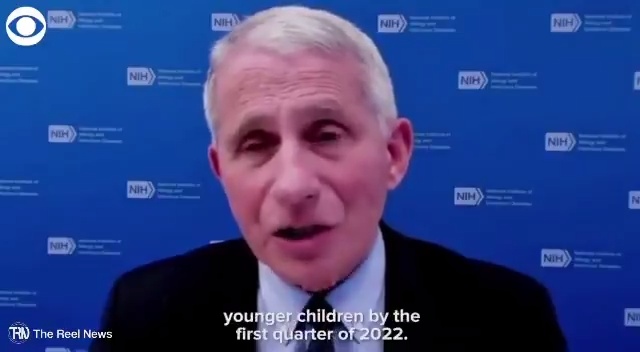 These clowns are now playing with fire. Reaction on ZeroHedge is on point (GlassHouse101):

Fauci needs to be very careful from here on out. As soon as you start messing with people’s kids, you’re blatantly asking for violence.

When vaccinating senior citizens and even people in their fifties, there’s a reasonable risk/reward. Even if the vaccine goes horribly wrong and dooms these septagenarians to death within three years or even six months, their preceding seventy or fifty-seven years of life won’t be taken from them. If the vaccine means, they make it through Covid-19 infection more easily and some enjoy an extra five or ten years of existence, so much the better.

On the other hand, when you jab a baby with an experimental vaccine, you take the chance of crippling the poor little tot for another seventy years or even cutting short sixty-nine or sixty-three of those seventy years of existence. Instinctively people wish to protect their children.

Anyone who pushes for kids to be injected with these emergency use vector systems is a criminal.

Anyone who allows their kids to be injected is a moron.

Kids are at very low risk, so get no benefit. They do, however, risk side effects occurring over a considerable time period.

The stupidity involved in vaccinating children willy-nilly and forcing them to wear masks when outside encourages dark theories about the vaccination drive from people like Lahey:

They are trying to sterilize and make the new generations infertile.
They are trying to distance our children from each other, and disrupt mental health and normal oxygen intake by forcing masks. This is proven to cause and change your face into ‘undesirable’ characteristics, and most children will become ‘mouth-breathers’ because of the mask.

The parents that are complacent in this deserve to be smacked senseless.

When will someone stop this Dr Fauci? In past centuries, humankind has prevailed over the Black Death and the Bubonic Plague. Last century, the world kept spinning and people kept working through the Spanish (Fort Riley) flu, several terrible flu epidemics with much higher mortality than Covid-19. We didn’t just give up and sit on the sidelines of life with facemasks on, waiting for dwarven bureaucrats deeply captured by big pharmaceutical to tell us shelter at home with almost no interpersonal contact.

It’s time to vaccinate those who would benefit, re-open countries domestically with reasonable precautions (one third as many tables in restaurants, one quarter as many in theatres, improved ventilation), put the economy back to work and stop stealing the lives and education of children and young people. Those in risk groups, should self-isolate and take the experimental vaccine and take steps to get themselves out of the risk group. For many this means dieting and exercise. Get one with it. As if your life depends on it. Fatties on the cover of Cosmopolitan won’t save you. Nature is a cruel mistress.