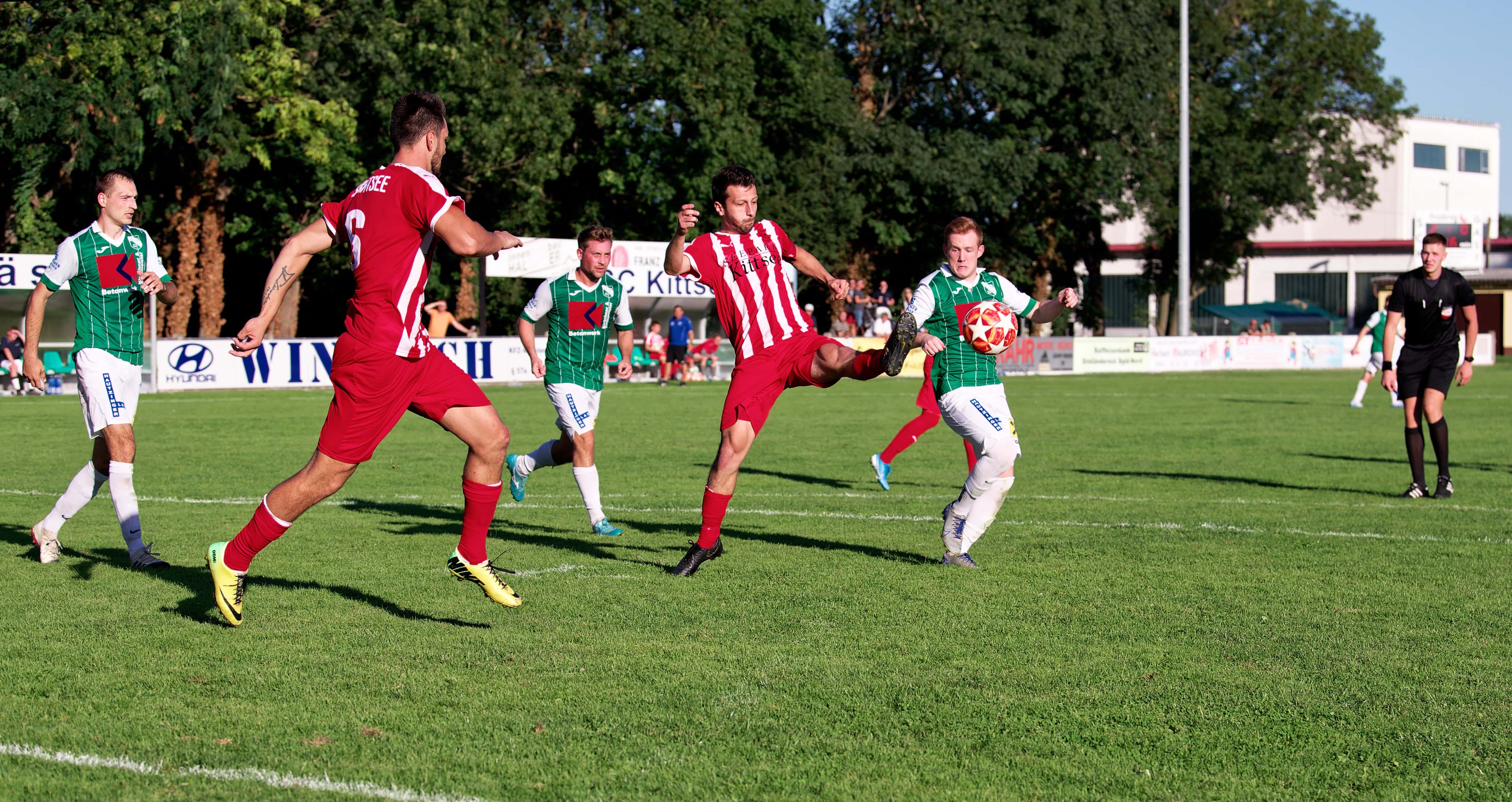 FC Mönchhof visited SC Kittsee on a perfect late Saturday afternoon, in cool weather but with a warming sun. Unfortunately tempers were not so cool. There were a total of 13 yellow cards handed out, three or four players injured with two red cards to Kittsee players.

While it’s hard to determine who started the hard play. It would be fair to say Pavol Bellas (red-carded a couple of weeks ago) and Patrick Dietmann earned their crimson letter. While Bellas has talent and energy to burn, I wonder how long coach Franz Ziniel will put it up with dangerous play and short-handed halfs.

Fortunately it wasn’t all pulldowns and questionable tackles all afternoon on the Kittsee side. To his credit, Pavol Bellas mared the second Kittsee goal, off of a very nice assist by speedster Jozef Sombat. You’ll see that assist but Bellas is behidn the post. Keeper Manuel Schiszler played an excellent game, pulling down a few very challenging saves, particularly in the late going down one and then two men. You’ll see some of his big saves in the pictures.

Mario Marko was clever and quick in the early going and earned a goal. Lukas Raithofer had some nice takeaways down the sideline. In the pictures, there’s a fun image of Thomas Bastian playing rugby down by the scoreboard, blocking FC Mönchhof players for Dietmann.

SC Kittsee outclassed FC Mönchhof on the field in an exciting and hard-hitting game. I’m surprised some Kittsee players unnecessarily risked the win with aggressive play. This Saturday third place (of 13) SC Kittsee travels to Gattendorf to take on the undefeated perennial league leaders.

Good luck gentlemen! And stay away from the red cards, you’ll need all eleven men.