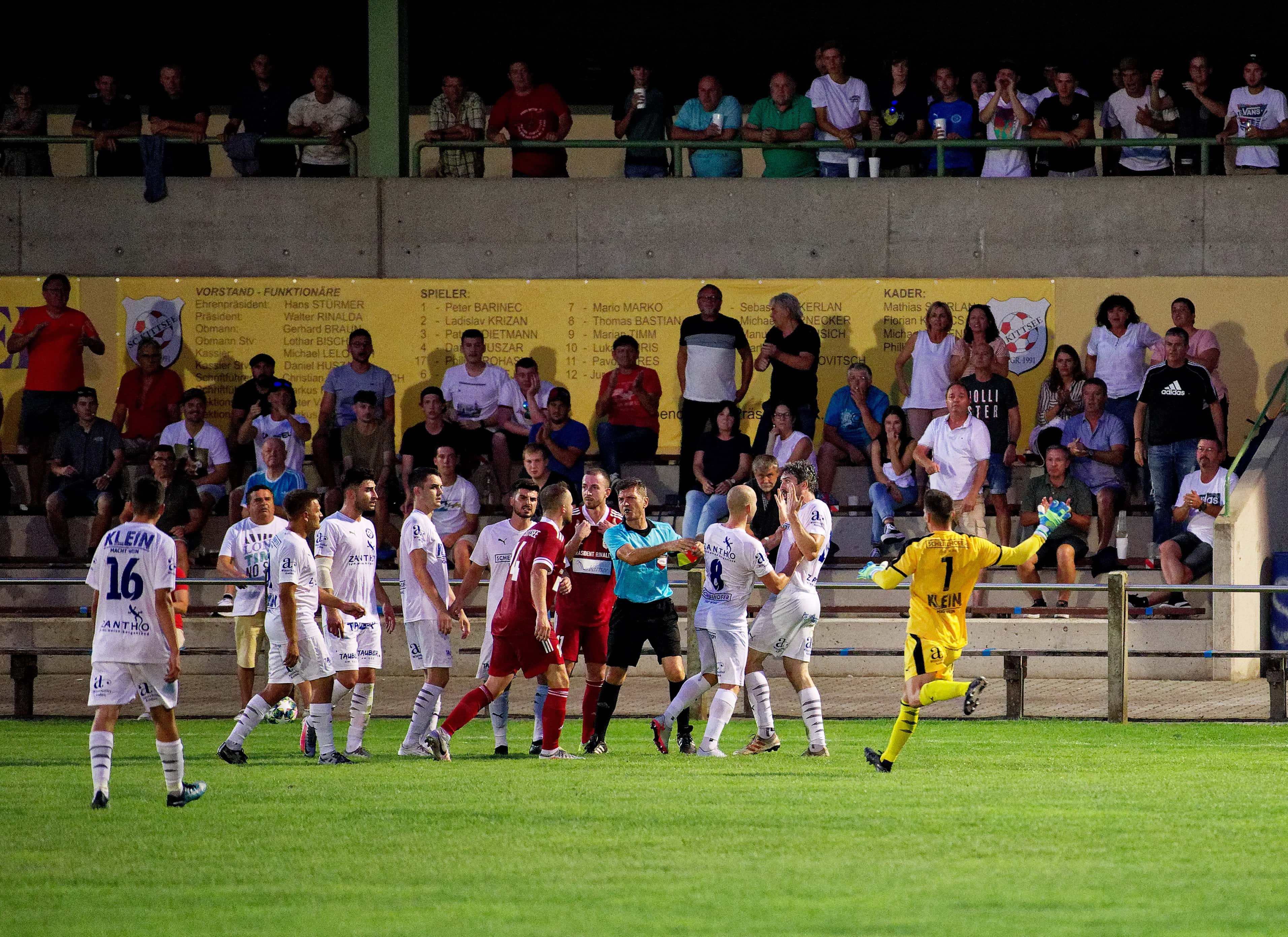 An early goal from Jozef Sombat had the home crowd happy. Manuel Schopf answered quickly for SC Andau but Kittsee dominated play. To the Kittsee home crowd and even players, it looked like referee Faruk Sevik seemed to be favouring Andau. The free kicks, disputed balls seemed to all go Andau’s way. Pavol Bellas received a yellow card at 27 minutes for an aggressive tackle. When ten minutes later a Bellas breakaway was called back on a non-offside, he lost his temper. The second yellow card sent him out of the game with a red card at 44 minutes. There was almost a riot on the sidelines during the ejection with another four yellow cards handed out.

Andau grabbed the lead at the end of the first half 2:1. Kittsee was able to match with a goal from Jaroslav Machovec. The play was fairly even but at 72 minutes Ibrahim Kasik notched a second goal, giving Andau a 3:2 lead. Kittsee worked hard to even again but the missing eleventh man began to take its toll as the minutes ticked on.

SC Andau deserves credit for neutralising a dangerous Kittsee attack. The last seven minutes were very hectic with a fair number of good chances for Kittsee.