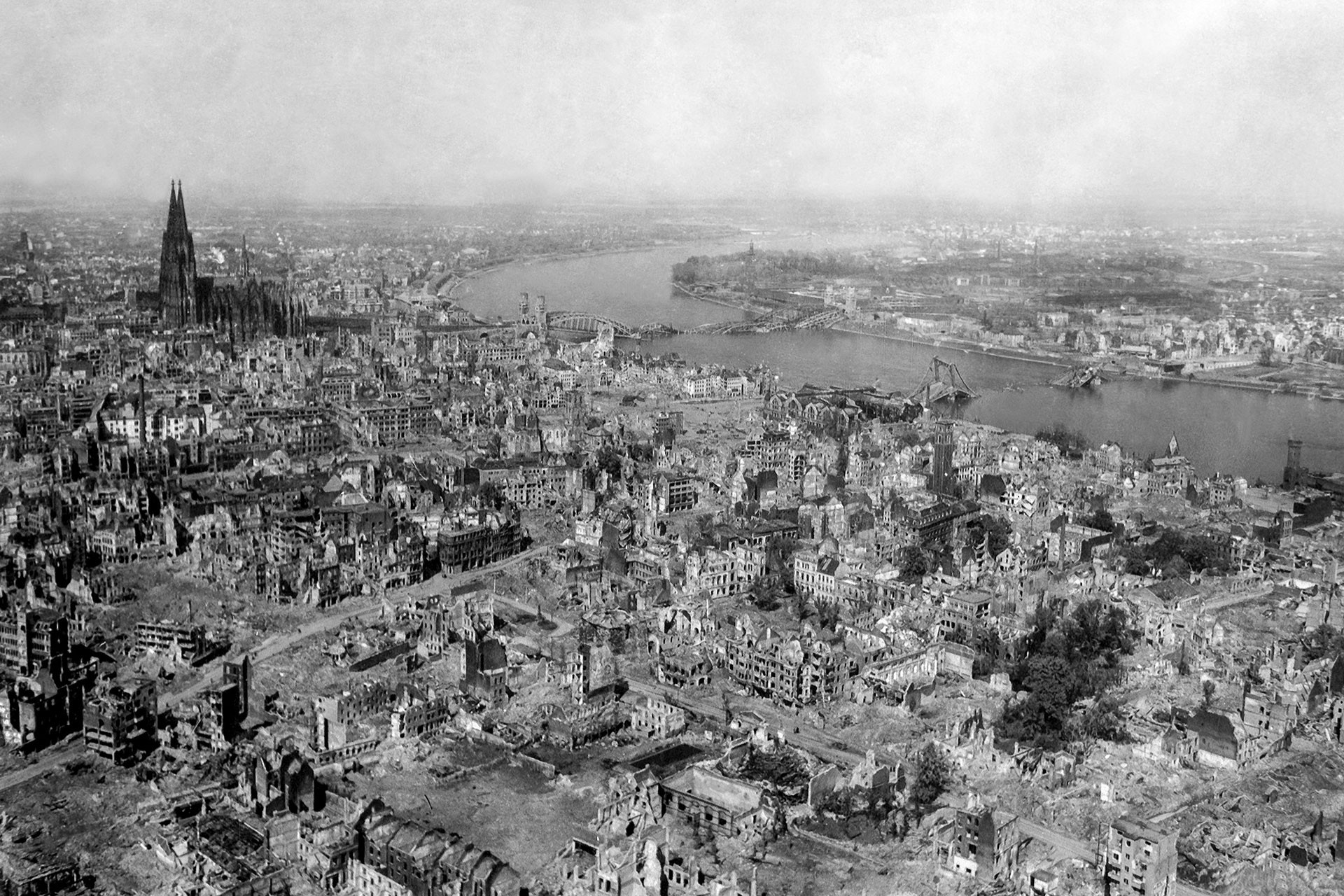 On Dances With Bears, John Helmer compares 2022 Russian war methods with those of the UK and USA in the last seventy-two years:

JH: Siege warfare is as ancient and as moral as the Israelites around the walls of Jericho, the Masada defence of the Judaeans against the Romans, or the European Crusaders around Jerusalem. The objective is to persuade the targeted civilian population and military forces, no matter how hostile they may be, to give up their capacity to wage war. The lesson of the history is that the longer the city walls or the citadel barbicans hold out, the more destructive the result for the civilians – unless they are relieved or rescued by a force superior to the siege force….

The British and Americans introduced innovations like the Dam Busters attack on German dams in May 1943 and the firebombing of Dresden in February 1945. The special US innovation was the atomic bombing of Hiroshima and Nagasaki in August 1945. The US Air Force followed with the saturation and firebombing of North Korea, when the destruction orders included “every installation, facility, and village in North Korea [and] every means of communications and every installation, factory, city, and village.” As you all know, the saturation and fire (napalm) bombing by the US of Vietnam was more geographically extensive, more intensive in explosive power, and more prolonged over time than Germany, Japan or North Korea had experienced.

In comparison to US methods of making war, Russia has been very gentle with the Ukraine attempting to apply an absolute minimum of force to achieve its aims. There have been no depleted uranium shells (Iraq, Yugoslavia), there has been no carpet bombing (Germany, Korea, Vietnam), there has been no chemical warfare (Vietnam, Cambodia). Helmer continues:

In Europe, according to a US Air Force University thesis, “the USAF has long favoured attacking electrical power systems. Electric power has been considered a critical target in every war since World War II, and will likely be nominated in the future… The evidence shows that the only sound reason for attacking electrical power is to affect the production of war materiel in a war of attrition against a self-supporting nation-state without outside assistance.”   This was written in 1994. In May 1999 the USAF demonstrated its operational concept of the “future” in the bombing of Serbia and Belgrade.

The Russian attacks on the dual-purpose energy grid, hence falls clearly within accepted US war doctrine. It took eight months and two refusals to honour a mostly accepted peace agreement to drive the Russians to attack the electricity grid. In the case of the USA, the electricity grid and civilian infrastructure is a day one target.

Helmer believe he has an answer for why Russia is taking a kid gloves approach to military conflict with the Ukraine.

There is a difference between that Anglo-American military approach and the Russian one in the Ukraine. The Russian aim is to persuade the Ukrainian cities and towns, as well as Ukrainian army units, to accept terms of settlement at least cost of casualty or physical destruction. This is how the Battle of Mariupol concluded.

What this Special Military Operation or war by another name has shown is that a gentler approach to war leads to longer wars, at least when the counter-party has extensive financial and military support from the exterior. Without endless arms shipments, satellite intelligence, diplomatic cover and propaganda support, Ukraine’s resistance would have collapsed within three months and a peace agreement would have been signed following the Istanbul negotiations.

There’s a lot of advantages in good relations with one’s larger neighbours, particularly when one shares a language and a cultural history with that neighbour. Ask English-speaking Canucks if you don’t believe me. Ask Walloons. Ask Flamands. Ask Scots. The consequences of a state of war are dire for the smaller neighbour. The counter-argument of course would be Ireland where England abused the Irish for centuries, treating them as subhumans, finally only liberating (half of) Ireland under regular bombing from the IRA.

While Ukraine would like to make the same arguments as the Irish about their treatment within the United Kingdom, the situation of Ukrainians within the Russian Empire and particularly the Soviet Union was very different. For those years when the USSR was not under the leadership of a Georgian, the USSR was led by a Ukrainian: Nikita Khruschev, Leonid Brezhnev, Konstantin Chernenko and Mikhail Brezhnev were all Ukrainians.

The Georgian example brings up an interesting point. The Russian soft approach to war (enter Georgia, march on the capital, destroy Georgia’s military hardware and retreat) worked well in this case. The Georgian war left a minimum of scars on Georgia, allowing Russia and Georgia to mend fences enough to return to mutually profitable economic relations.1 The right approach for smaller countries to take is one of détente with their larger neighbours and to enjoy both the peace dividend, goodwill and profits from trade. Finland successfully followed such a policy during the Cold War. China’s close neighbours have done well trading with China. Unsurprisingly, over the last four years the USA has come knocking in that neighbourhood as well, seeking to revive old ethnic rivalries and inflame past conflicts.

For the weaker/smaller country, such conflicts rarely end well. Whatever military action will be conducted will be on their soil, kill their citizens or drive them into exile. It’s precisely because Russia doesn’t plan to cut off economic or cultural relations with Ukraine, Georgia, Kazakhstan, Kyrgyzstan or Uzbekistan. For that matter, Vladimir Putin urgently sought to repair the rift between Russia and Poland before the unhappy crash of Lech Kaczyński’s jet near Smolensk.

Russia acknowledges that geography is destiny. It is almost always better for all to prosper and to live in peace. It’s very sad that a small clique of ethnic supremacists (historically called fascists or nazis) received funding and methods to brainwash many Ukrainians into such a self-destructive war, where their own country is the battlefield.2