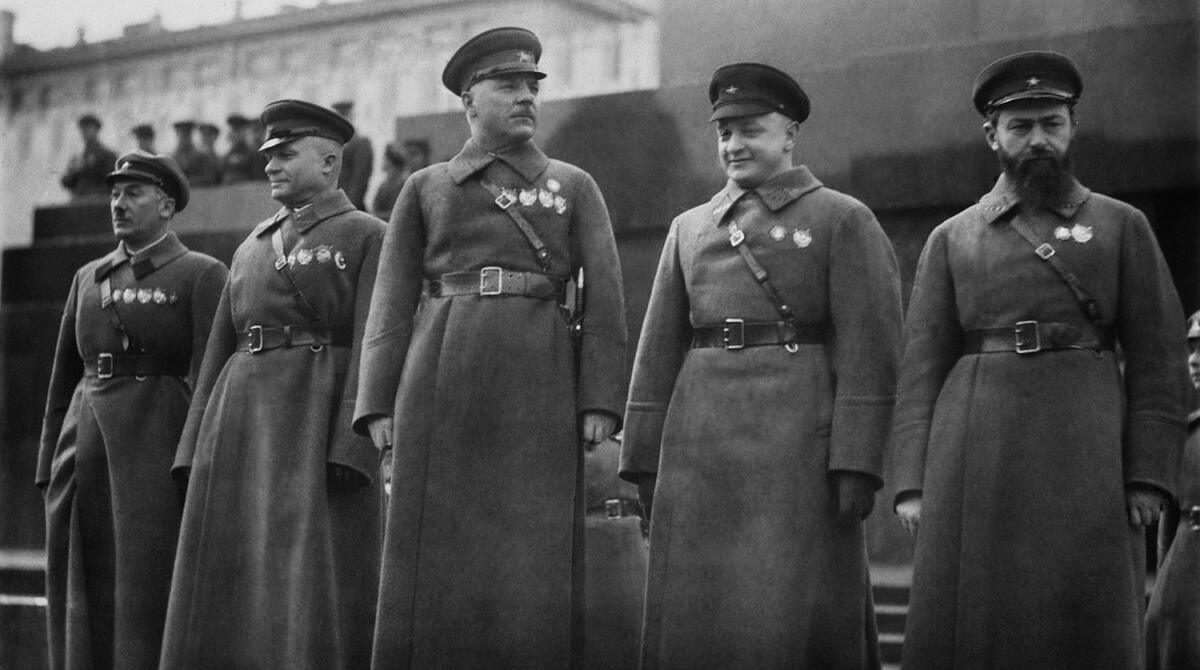 In the comments to US billionaires biggest losers in 2022 – Forbes — RT Business News, Pravda 2000 perceptively notes:

Throughout recorded time, and probably since the end of the Neolithic Age, there have been three kinds of people in the world, the High, the Middle, and the Low. They have been subdivided in many ways, they have borne countless different names, and their relative numbers, as well as their attitude toward one another, have varied from age to age; but the essential structure of society has never altered. Even after enormous upheavals and seemingly irrevocable changes, the same pattern has always reasserted itself, just as gyroscope will always return to equilibrium, however, far it is pushed one way or the other.

The aims of these three groups are entirely irreconcilable. The aim of the High is to remain where they are. The aim of the Middle is to change places with the High. The aim of the Low, when they have an aim-for it is an abiding characteristic of the Low that they are too much crushed by drudgery to be more than intermittently conscious of anything outside their daily lives-is to abolish all distinctions and create a society in which all men shall be equal. Thus throughout history a struggle which is the same in its main outlines recurs over and over again. For long periods the High seem to be securely in power, but sooner or later there always comes a moment when they lose either their belief in themselves, or their capacity to govern efficiently, or both. They are then overthrown by the Middle, who enlist the Low on their side by pretending to them they are fighting for liberty and Justice. As soon as they have reached their objective, the Middle thrust the Low back into their old position of servitude, and themselves become the High….

Even a word like rabble is loaded, suggesting that people of lower social-economic bracket do not deserve the same respect or are not as worth as those from a higher caste.

Regardless of language and one’s feeling about equality, the pattern does remain the same. Revolutions are almost always a bloody affair (the Velvet Revolution in Czechloslovakia is the rare exception, but even it was followed by the Bloody Nineties in Bratislava, and gangland turfs enveloping even the family of the president of the republic). Avoiding revolution should be one of the primary goals of a democratic country.

Sadly our current leaders seem to think that people’s patience for their self-indulgence and graft and endless off-shoring of assets is infinite. It’s not. What will happen eventually is that we’ll put our foot down and thrown them all out of power, and we’ll cancel existing currencies, leaving off-shore assets completely out in the cold. Neither England’s Charles I thought it was coming, nor did France’s ancien regime. Certainly Leo Tolstoi’s peers in the Russian nobility did not anticipate that their much loved Tsar with his beautiful family would be torn off their thrones and executed in a basement in Sverdlov. All of their country mansions and city houses forfeit and property of the state.

In every case, the disorder and bloodshed which followed each revolution was in many ways worse than what the discontented revolted against. Push humankind hard enough we’ll take the risk of an uncertain future over certain present slavery. Every time.

From Joe Biden through Boris Johnson-Rishi Sunak through Emmanuel Macron, and especially the venial social climber Ursula von der Leyen, our current leaders have shown a total lack of concern for the well-being of the people. If more enlightened leaders are not soon forthcoming, revolution is again in the air. This time it will be technology against the people.

A race like this has been run again, the Soviet Union had almost infinite resources to crush dissent and monitor its citizens. Before the Do-As-We-Say-Not-as-We-Do-Rules-Based-Order falls we can likely expect decades of persecution. The January 6 Show Trials in the United States along with the crushing of the Trucker Protests in Canada, are the opening chapter, early balloons like Stalin’s opening show trial in August 1936 where NKVD chief Genrikh Yagoda presided over the evidence. Less than two years later in March 1938, Yagoda was no longer in the witness box, but in the cage of the accused and himself purged.

If the work of reformers is rejected, the revolutionaries will follow in our place, and all levels of society will have reason to lament rejecting a fair social contract in favour of graft and corruption to the benefit of the then ruling classes. To share the wealth fairly would not be that difficult. Canada managed to do it between 1945 and 1980, Scandinavia until close to 2000. A side benefit is that a just society is usually a safe one.

Photo is of Genrikh Yagoda in parade uniform on Red Square before his own downfall.