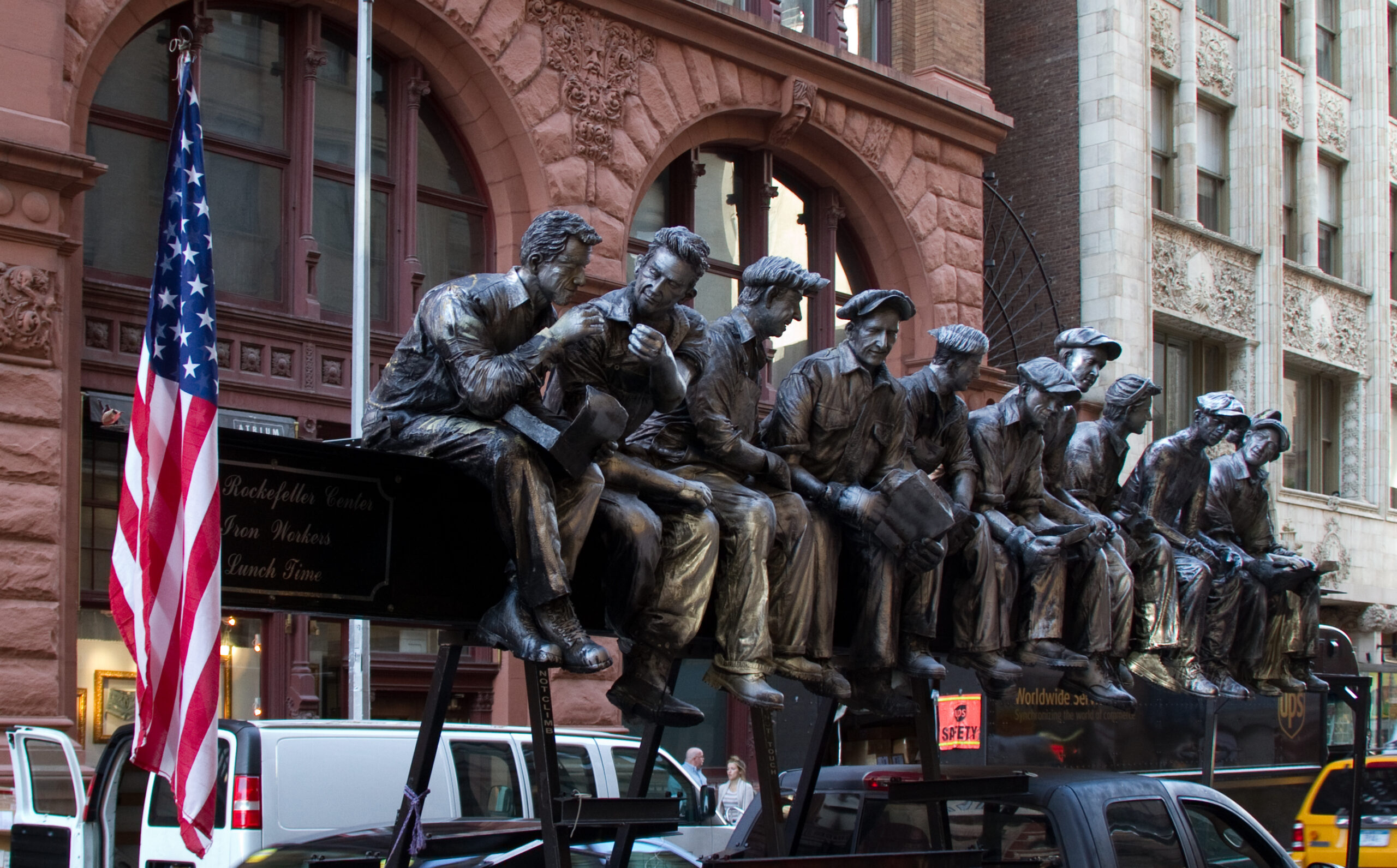 Are unions to blame for collapse of USA?

In the comments to 6 Years Late And 250% Over Budget: Georgia’s Newest Nuclear Plant | ZeroHedge1, at99sy notes:

100% the fault of union contracts. My brother was an electrician on a nuke plant in Alabama in the 70’s. They were not allowed to put up more than 8′ of hard pipe a day in an 8 hour shift. They come in 10′ lengths and it takes about 10 minutes to lay out and install one pipe. They had to hide for the rest of their shift. I spent 5 years as a Union metal framer, lets say that the guys in the bigger cities rarely break a sweat or get in a hurry. The big dig in Boston is a classic example of union construction boondoggles. Billions over budget and years behind schedule when it was finally done.

Queue the usual anti-union clichés about how union workers never do any work. John Evergreen counters with a strong safety argument.

Anyone with half a brain can do anything, but how do they learn how to do it correctly? Time Life Books? Watching Holmes on Homes? Watching This Old House?

Unions train their members and they work on jobs where quality and safety is demanded of them. I developed a lot of commercial properties over the years and I opted for union trades many times because it was worth it. I would rather pay $80k for a EPDM roof that doesn’t leak than $60k for one that does.

I would rather pay $100k for an electrical contractor who knows how to read the nameplate on an RTUor compressor and size the copper and breaker according to NEC, than pay a scab $70k, who doesn’t know how to size a breaker for a continuous load and it ends up tripping the next summer and spoiling the entire frozen food isle.

I would rather pay a union plumber who knows how to install an air gap, and clean- outs, then fail the health department inspection or pay double for a clogged drain service.

That’s because the Republican party abandoned the US worker and started shipping their jobs overseas. Eisenhower was proud of the union jobs he created and the 90% tax rate on the super rich. It started with Nixon, who extended the Vietnam War, took us off the gold standard and created the EPA. The only honorable thing Nixon did is refuse a security detail after he left office. He was probably hoping to be remembered as a martyr instead of the crook he really was.

My own conclusion? This anti-union claptrap is just water carrying for the financial class, who believe all the money should end up in Wall Street.

There have been excesses with unions – and those should be kept under control via transparency and publicity – but the basic idea that labour should enjoy a fair piece of the pie is what makes a country great.

As every empire funnels the money to a narrow financial or political class, it hollows itself out and eventually crumbles. The USA has hit that inflection point now. The media is owned by the corporate class who are in thrall to plutocrat billionaires who, together with the security state/MIC, have all the politicians on short leashes. A tiny sliver of Americans, a significant number of whom are dual citizens (think Marc Rich), enjoy all the benefits, while the rest of the US toil like cattle.

It’s particularly galling to hear the cattle bellow at their fellow bovines that cattle should not enjoy any benefits or rewards. I.e. this kneejerk anti-union drivel.

Government managed projects are all bad

It’s expensive because the government got involved in it. Anytime “the public” is involved, the price goes up, because the taxpayer cow provides an endless supply of “taxpayer milk” aka money.

This is just filtered down Ayn-Randism.

It’s the USA’s fault that it has such poor public servants. Governments of many countries including Canada and France and Germany have built and maintained outstanding infrastructure at reasonable costs. Private projects often spiral over-budget or later collapse or fail due to cost-cutting.

This is not to say that government contracts should not be scrutinised very carefully by the press and by industry. We have our own rich share of corruption in Europe but until recently there seemed to be limits to corruption in European countries. The EU theoretically provides additional oversight to prevent corruption – some Slovak transportation projects did lose their funding – but it also creates a superstate which seems to get away with embezzlement at the same level as in the USA super-state (USA is a union of fifty states, whose natural and cultural boundaries would normally result in between five and eight countries).

When there is no ethos of public service or fairness within a nation, what happens is that societies descend to rat-eat-rat ethics. We are no longer working for the collective benefit, but merely to appropriate what we can from our customers, our state, even our neighbours. Inequality invokes the capuchian monkey experiment: solidarity and society itself starts to fail when some animals are more equal than others.

The only way to maintain inequality is either via ignorance (feudalism, where most people were uneducated and little recourse to information) or via a police state (modern plutocracy) where a huge praetorian guard will slap down and punish protest. An informational gestapo works overtime to discover these thought crimes: we are steadily moving towards a Minority Report style society with Tom Cruise policing thought-crime via extreme force. Escalation is underway already where WEF flunkies Justin Trudeau and Christie Freeland (granddaughter of a real life Nazi) literally confiscated the bank accounts, work tools and trade licenses of peaceful protesters in Canada.

Society cannot bear such inequality. Inequality over time results in revolution. Revolution is a bloody business. The psychopathic carpetbagger class attempts to move fast enough to stay ahead of revolution, while ransacking each vulnerable society. Sometimes they don’t move fast enough, resulting in the destruction of their wealth. If they are fortunate, they escape with the lives find work as taxi drivers, governesses or café managers. If they are unfortunate, they lose their heads.

Hélas, methods to prevent sociopaths from rising and later conspiring to power is a much larger subject. In the meantime, trade unions in of themselves are not the problem. Lack of vision as a society is the issue.2