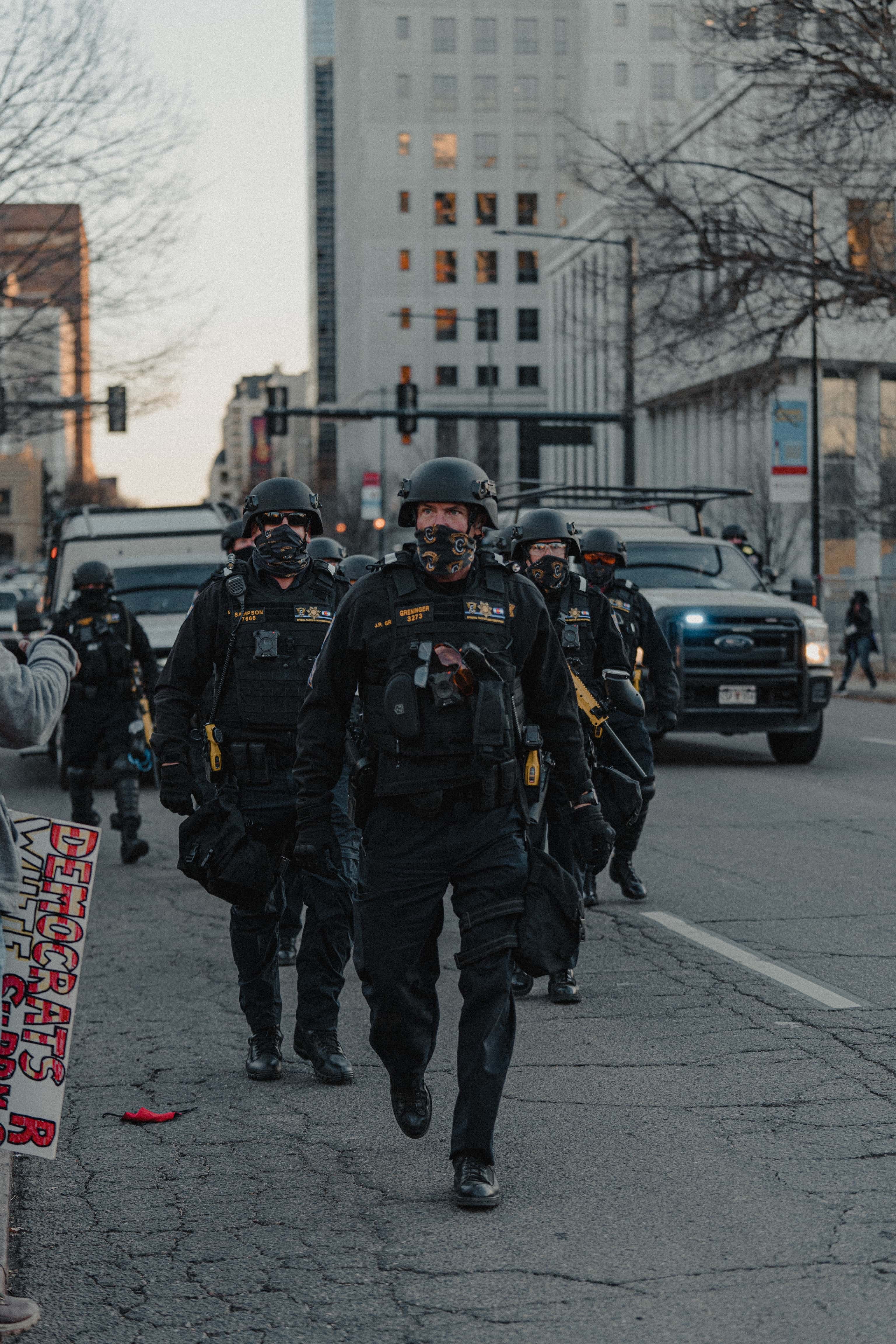 American police: the consequences of SWAT

Do Americans have a problem with their police forces? Listen to what Americans themselves have to say about current and recent law enforcement. Cloud9.5 points out some of the issue arming themselves as if for war and the attitude which goes with SWAT:

Wrap your mind around the fact that there are more than eighty thousand swat raids a year. SWAT raids have become a national sport for roided up police departments and they have national competitions now to show off their skills. Over the last 20 years police encounters have killed thirty thousand people. No mention of the dogs killed and the toddlers with their faces blown off with flash bangs. Darryl Gates turned us into the SWAT nation. As a result your typical game warden is now outfitted like he is marching off into Fallujah. Even my little county has its MRAP and SWAT team. When you have all that suff and its a national sport, you are just itching for an opportunity to show your stuff.

On the back side of this, the home owner has no way of knowing that the guys kicking his door in at 4 am in the morning are actually cops. Anybody can yell this is the police and kick your door in. So, half asleep, in the middle of the night, you have to make a decision in a split second as to what to do.

When the son of our local sheriff asked me to support his dad in the election I told him I would under one condition. If they ever came form me they were to ring my door bell and present me with a warrant. I said, If you guys kick my door in the middle of the night, I am not going to know who you are and I will light up who ever comes through that door like a Christmas tree. He said he would and I supported his dad.

My fear is that they will forget or get the wrong address and raid my house. When that happens we are dead and so are a number of them.

This madness will not stop until what happened in the FBI raid here in south Florida is repeated a few thousand times across the nation. When the body count builds up on all sides cooler heads will prevail. Kicking some guy’s door in because he has not paid a library fine is utterly insane.

Strych10 explains how the police get away with these raids and even murder:

The thing about this is that they already, mostly, justify this to “the people” and the people are OK with it. It just takes a few key words or details about something to make an awful lot of people write the whole thing off as “Well, he must have been doing something”.

The magic word varies. For the Left these days it’s “DVE”, “QAnon affiliate” or “insurrectionist”. For the right it’s “drug dealer” or, sometimes “terrorist” or something involving pedophilia.

A hypothetical (really an amalgamation of things that have really happened):

The cops kick down someone’s door at 0300, shoot two dogs, the homeowner and his wife. The homeowner dies, the wife is maimed for life and two officers are wounded in the shootout.

The cops report that they were told by a “confidential informant” that the house was occupied by a drug dealer and that because this individual was deemed extremely dangerous they decided to use a “no knock warrant” to “reduce the likelihood of violence”. Of course, even though they had a no-knock they did announce themselves (they didn’t but no one knows or asks if this is true or not). Unfortunately, the person or persons inside the house realized that something was happening and a gunfight ensued.

Upon searching the residence officers discovered an “arsenal” of firearms, a “stockpile of ammunition”, a large quantity of cash, some precious metals, passports and a quantity of gunpowder. Some computers were also seized for investigatory purposes.

The vast, vast majority of people of any political persuasion will ask no questions here. They won’t even ask what constitutes an “arsenal”, “stockpile” or “large quantity of cash”. And, in fact if it’s over maybe $1000 that’s just proof that the person WAS dealing drugs even if there is zero other evidence of this.

Notice that it doesn’t even matter what was going on. It’s a fill-in-the-blank. A lefty says the guns make you a DVE/insurrectionist. The cash makes you a drug dealer. The computers and you must be a pedo.

And this doesn’t even get into civil asset forfeiture where the cops can just jack you for cash, land or other valuables because they want to and you’re not getting it back without years of court costs and agreeing to take back half or less in exchange for an NDA.

[Edit] Oh, and it doesn’t even matter if the cops shot each other in many cases either. They got shot, it’s YOUR fault you dangerous loon.

I post this not because the police are not essential workers and not because I am ungrateful for the hard work they do. The issue is that there is clearly not enough control over their behaviour and that police law-breaking and violence is tolerated. If bad cops ended up behind bars, many would-be criminal cops would reconsider their path and not join police forces at all. Many of those who are already on the force would already govern their behaviour better.

Why have American politicians and judges not imposed some kind of compliance with the law among the police earlier? Why did they allow civilian-police relations degenerate to the point where BLM (Black Lives Matter) could become an issue? Of course black lives matters, just as white lives matter, Asian lives matter and police lives matter. Cops who kill should go to jail. Often for life. If that means it’s harder to recruit police and more intelligent cadets must be hired, then so be it.

Ethically dubious murderous dullards should not be policing anyone, including Americans.