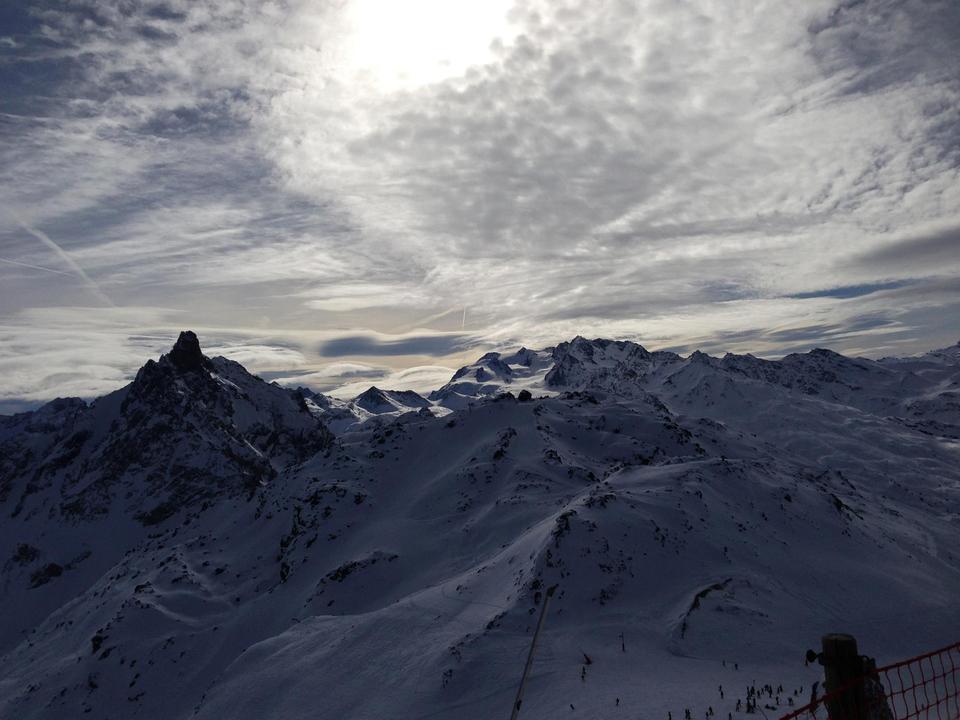 Humanity, Mortality and the Dalai Lama 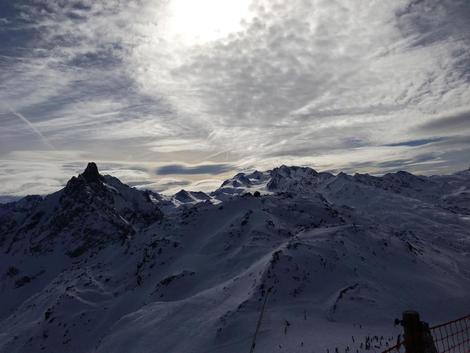 nature vs humanity: in the very long run nature must win

When asked what surprised him most about humanity, the Dalai Lama answered:

Apparently the Dalai Lama never said this. What a pity if he didn’t. This is our life. We lose our time pursuing matters of little consequence, preening before our peers and dreaming of irrelevant wealth. Long term stress-related cancer claimed Steve Jobs as surely as it will claim you or me, if we don’t live better and balance our lives better.

One of my best friends and my long term creative partner died in a car crash on his birthday a week after mine, just before he hit thirty. My life was changed, his was ended. This is mortality.

On the other hand, since we are all in an inevitable rush to the finish line, what does it matter if we labour out our existence and pushing to the top of the ant pile? If we are going to be dead soon we may as well work hard while you have the chance.

Or to pivot one more time. Since we don’t live long, what does it really matter what we think or feel in our nanosecond?

the core of the Sun will collapse, and the energy output will be much greater than at present. The outer layers of the Sun will expand to roughly up to 260 times its current diameter and the Sun will become a red giant. Because of its vastly increased surface area, the surface of the Sun will be considerably cooler (2600 K at its coolest) than it is on the main sequence.[45] The expanding Sun is expected to vaporize Mercury and Venus and render the Earth uninhabitable, as the habitable zone moves out to the orbit of Mars.

Make the most of your day takes on a heavily ironic tone in the proper context.

Even our concern about nuclear radiation claiming life on earth seems silly. Who really cares – what warms us every day and makes life possible is a giant thermo nuclear plant 150 million kilometers away. Blowing up the entire stock of nuclear weapons in a single go wouldn’t match the radiation generated in our solar system every single day by our sun. Can our solar system, let alone the universe absorb our radiation and move on? Surely.

The consequences of excess radiation will just be rapid evolution of life through much heightened rates of mutation and illness. Eventually nearly radiation proof live will evolve its way through, just as exposure to the same toxins makes cockroaches more resilient. Or microbes more penicillin resistant. Finally millions of years later, the radiation will fade. Another Eden will blossom with more than 5 billion years to go before earth must die with its sun. 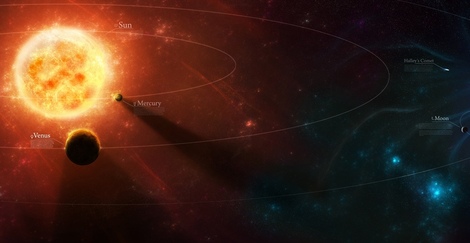 
Wealth and perspective: I’ve always disliked Mark Zuckerberg. He’s always seemed to me like some kind of geeky liar who liked to spy on women with toilet cameras, the last person on earth with whom I’d trust my address book. Or the kind of guy who would steal from friends and renege on deals. On the other hand, I’m gaining a certain begrudging respect for the grown up Zuckerberg. With all the wealth in the world, a modern Midas at twenty eight years of age, he still goes to work, lives modestly in a reasonable house. With the choice of most of the Maxim Hot 100 available to him, Zuckerberg married his university sweetheart Priscilla Chan whom he began dating before Facebook. The grown up Zuckerberg still goes to work and lives his life as if he were the most junior staff member at Facebook and not the 66th richest man in the world (amazingly enough Steve Ballmer is ten places ahead of Zuckerberg: business software is apparently a better niche than social networking).

Zuckerberg has understood at the end of the day there is only your life’s work and not drugs nor yachts nor Ferraris will really make things any better. Zuckerberg still has his mid-life crisis ahead of him. Perhaps then he will acquire a taste for starlets and fast cars, as the ticking clock of pleasure runs its hour out. 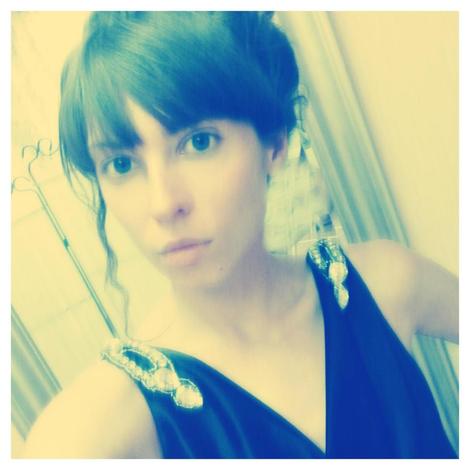 I remember back in Moscow a good friend from university (amusingly enough we competed for Head of Year at Trinity College where I won the election in my first and probably last exposure to democratic politics) was a devoted husband with his university sweetheart. He had nothing of which to complain: his (ex)wife is a beautiful and sporty intellectual herself, even if inevitably imbued with the tedious hardline Canadian feminist “reality” with which we grew up.

I’d never seen a more courteous and gallant husband. “What can I do for you dearest?” was the kind of phrase which just tripped off his tongue naturally.

Perhaps my friend decided to live out the Dalai Lama’s dilemma from the other side. From first year in university, he had not been living but had been following a roadmap laid down in university, enviously watching his friends cavort with the most beautiful women in the world.

Man does not live in the present or the future; he lives as if he is never going to die, and then dies having never really lived

The present of luscious red lips, yachts in the Mediterranean and careening with caviar in one hand and coke in the other from one long legged beauty to another loomed too large. A friend “took him to a very high mountain and showed him all the kingdoms of the world and their splendor. ‘All this I will give you,’ he said, “’if you will bow down and worship me.’ His moment to say yes to hedonism was there and if he passed it by it would never return. He would have remained a stalwart government functionary and diplomat, just a little bit hen-pecked, having made his way to the store windows of Babylon but remaining always outside.

Was it the right choice to abandon trust and security and fidelity for those torrid adventures? In the context of just those 450 million years, the truth is the choice was irrelevant. Yet another suffered, part of the perpetrator had to die inside, our human covenant was broken.

Was the heady musk of those nubile loins worth the sacrifice? Some day, we’ll see one another again and I’ll ask him. My own answer?

Last week, Daniela, Slavo and I walked past the well maintained cemetery in Kittsee. The headstones gleamed under the afternoon sun.

“We’ll all be there very soon,” I ventured cheerily.

“What do you mean?” asked Danka. “We have many years before we arrive here. I hope.” Peculiarly death seems to alarm women far more than men. Estrogen appears to be some kind of would-be immortality hormone.

“Maybe not,” I answered. “I’ve lost close friends to car crashes. The reaper can come suddenly for all of us.” 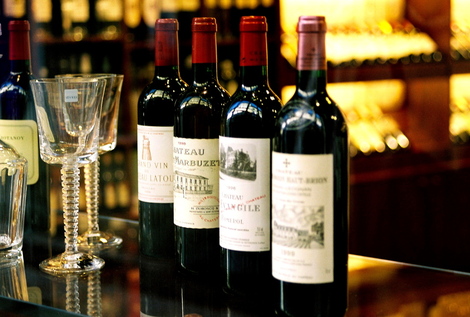 “What’s the point of living life with that kind of mentality?” Daniela dreams of marriage, a small house, a couple of children and a small business. What her parents have.

“As long as there are enough beautiful women and the wine has been good, one can say that one has lived well. Oh and some dance and music to go with the above.The rest is just colours passing on a screen.”

“Don’t listen to him Slavo,” she sternly admonished. “What time do we put on the barbecue? With the steak, would it be better to open the Cabernet or the Frankovka?”