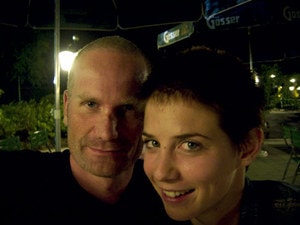 What is it about women and booze?

I’ve been on a zero alcohol rule for about five months straight – something I do every now and again to clear my mind. I’m not much of a hard liquor kind of guy, although thanks to my time in Moscow, I can appreciate ice cold vodka straight followed up with a zakuska. What I do enjoy is a glass of good wine, whether it be Spanish or French red, or Austrian white.

In any case, enough stress at work these days (too much work rather than too little), I decided it’s time to sleep a little deeper – and to apply the traditional homeopathic recipe, good wine. 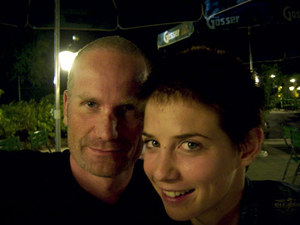 Leaving the booze and getting back to the women, for some reason I always find that one has more and hotter women in one’s bed when drinking. A teetotal man diminishes his chances of an exciting night or even acquiring a girlfriend by about factor of about four or more.

Happily enough my current girlfriend isn’t much of a drinker so life without booze hasn’t bad to me this round. But now that I’ve gone back to opening a good bottle of wine in the middle of the evening or over dinner, a little surprise was waiting for me.

Even the most conservative women seem to expand their sexual horizons radically when watered with good wine.

The psychological get out of jail free card is perhaps the most important one. "I did that?," she asks incredulous. "I must have been drunk."

Or in the case of a casual fling. The friend asks "Did you sleep with him?"

Well maybe to women it makes sense. Otherwise I’m not sure. Who on earth wants to sleep with people drunk with whom one wouldn’t want to sleep sober?

Now that we’ve established that even good girls are better in bed and happier with booze, what does this mean for us men?

The problem for men with booze is twofold:

Women really like men with very successful professional lives. I’ve had the chance to experience this first hand a number of times, as I’ve switched from low-paying but artistic work to high-paying commercial work several times in my life. The transition period is very interesting. I can tell you now the ideal situation is to have extremely high paying creative work.

Alas, that’s a nut that I’ve not entirely been able to crack unless you count high end shampoo commercials creative work (I don’t really).

The most stunning incident was when I went from a non-car owner to the owner of a gold coloured high horsepower BMW. Kept the same job. No other changes.

At that time, there were about seven women hanging around in my life at that point, none particularly interested in me but all of them more or less willing to talk and go out occasionally.

From the point the car appeared, all seven of them were keen to spend a lot more time with me, under the most favorable circumstances possible. I was astonished at how much better looking I’d become overnight by acquiring a car. Somewhat irked by the superficiality of it all, I refused few favours.

So booze does a lot of damage to most careers. There are exceptions, successful thugs and con artists tend to circulate in boozy circles. The other example might be rock stars. Sex and drugs and rock and roll.

Next time you are wondering why that thug has such a hot chick on his arm or why rock stars are sought after by gorgeous women who should know better, you’ll know the golden combination.

It’s the nonstop boozeladen party atmosphere (aphrodisiac) accompanied by the financial security. You need both. Strangely, party guys who inherited money seem to do alright, even if they are complete non-entities professionally and personally. How much talent does it take to inherit money?

For the rest of us who need a clear mind to do our best work, I don’t know what the solution is. Boozy, bingy weekends seems to be what the Euroexecs I know favor.