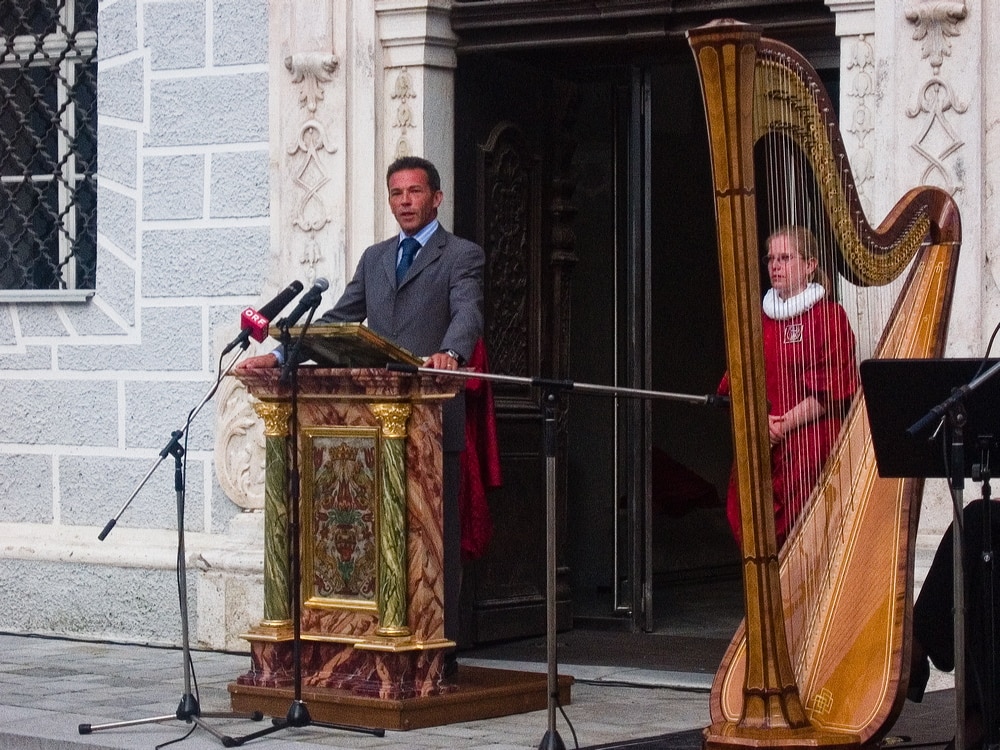 Jörg Haider was the first person I met in Austria outside of my girlfriend’s family.

Anna was dancing at the opening of the Carinthian Summer Musical Festival in July 2003. I had been in Austria for about two days before the festival. We’d had time to go swimming once and then it was off to the lake and Anna’s performance there.

We were both thinking about the dance – the choreography was in order, but we were still concerned about her costume and Anna’s hair. Anna had to get her head shaved for the asylum scenes in Lapinthrope just a week before. Wigs, scarves, hats were all proposed to make hide her shaved head. In the end the bare head prevailed (it’s a lot easier to dance modern without something precarious glued to your head). With a woman as beautiful as Anna that summer and a dancer as talented as Anna, the audience is unlikely to pay too much attention to the length of her hair. And so it was.

On the way there, I heard Haider would be there, in his role of Landeshauptmann to open the festival.

Of course, I’d heard of Jörg Haider before. Even in Canada we got news of the Austrian politician who was supposed to be a new Hitler, threatening the rise of a fourth Reich.

Based on what I’d read in the press, I expected to find a brute – either foaming at the mouth and shrieking like Hitler or a portly sadist like Goering.

Instead, an elegantly attired fortyish and athletic man in an immaculately tailored Italian suit rose and spoke for over half an hour. If Haider had notes, he didn’t need or use them much. It was the first time I’d heard a long speech in German, outside of the vituperative extracts from Hitler’s rallies. 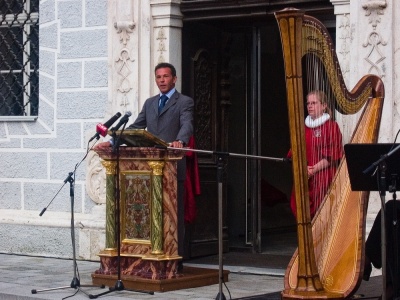 Haider’s voice was resonant and clear, the structure of his sentences as well tailored as his suit. Little acquainted with the German language at that time, I was only able to follow the phonetic balance of Haider’s rhetoric.

The audience was as rapt as I’d ever seen at the speech of a politician. From Haider’s end there appeared to be little grandstanding – none of the whipping up of the crowd that so cheapens many politician’s public speaking. Just an engaging speech.

Like most young Carinthian women living in Vienna, Anna had an obligatory loathing of Haider. Later I learned why from Astrid. If you didn’t profess anti-Haider sentiment, you would instantly be blackballed back in Vienna. You would be ghettoized as an undesirable Carinthian.