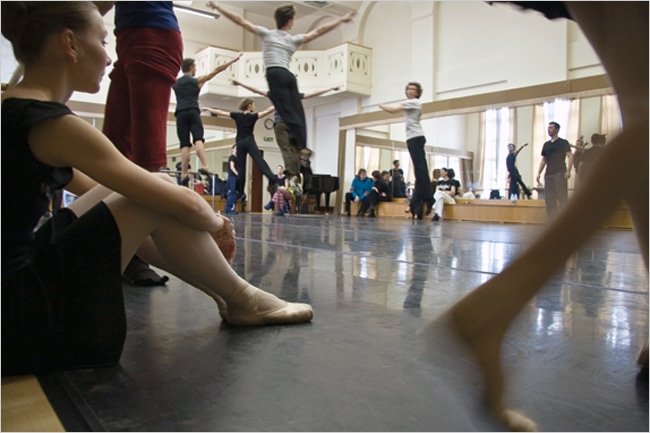 A long hagiographic proflle of Alexei Ratmansky, mainly about his tenure as Artistic Director of the ballet at the Bolshoi Theatre, appeared in the New York Times last month: Russian Revolutionary. 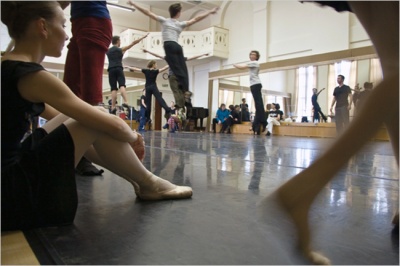 I remember seeing one of Ratmansky’s early choreographic works in Canada. He was an independent at the time. I wasn’t all that impressed. It was a small piece with just a few dancers, and somewhat pretentious.

A few years later, almost out of the blue, Ratmanksy got the call to join the Bolshoi as Artistic Director. The post had become musical chairs for grownups. I was there for the end of Yuri Nikovlaevich Grigorovich, Vladimir Vasilyev and Vyacheslav Gordeev. Alexei Ratmansky has brought a certain stability to the post, remaining there for five years. Curiously the main stage of the Bolshoi has been closed most of that time

And during his time in Moscow, some of the dancers have lambasted Ratmansky in the press.

Older Bolshoi stars didn’t sympathize with Ratmansky’s desire to introduce new work or update fossilized 19th-century classics. (“ ‘Swan Lake’ is dead,” Ratmansky told me one day, shaking his head. “I wish I could change it, but it would be suicide.”) The popular principal dancer Nikolai Tsiskaridze, whose picture was in the Samsung ad on the front of the theater, was widely quoted as saying that none of the Bolshoi stars respected the artistic director. Ballerinas made faces behind his back.

I can just see Kolya (I remember the year Nikolai joined the Bolshoi Theatre and I remember the first two seasons when he had his first small solo roles) hitting back. Nikolai lives for the great classics.

Moreover, there is nothing fossilized about the Bolshoi versions of Swan Lake. The version current when I was in Moscow as Yuri Grigorovich’s strong restaging. Even if they have gone back to a more traditional version, Swan Lake has not been stagnant, but regularly renewed.

The lack of respect makes a certain amount of sense. Ratmansky admits himself that "Russians always need strong leaders" and that this isn’t his style:

It will be five years of running the company. From the outside it seems like everything was good, we got really good reviews, the tours were very successful, but I’m not sure the rebuilding of the company will last. Big companies are very complicated. And I know I’ll be losing something of myself if I keep doing this job. I have no time for my own work. As a public person I always have to be perfect, I have to pretend I know the answers. I can’t pretend I know all the answers anymore. The Russians always need strong leaders, but to be an honest artist you have to have doubt, or be willing to entertain doubts.

I’d like very much to see some of the work Ratmansky created while in Moscow. Created might be the wrong word, as many of the works seem to be recreations of lost works, like the "Flames of Paris". Ratmansky in the end – even in the short piece I saw – was always about deconstruction. Rather than the matter itself, Ratmansky wanted to look at the illusion: Meta-choreography.

To my mind, the whole meta and deconstructionist trope is the most worn out and the most cliché of all the subjects. Who doesn’t know that art is an illusion by now? Or heard a thousand times that all matters are relative. Better passion and truth or truth and beauty, some values beyond deconstructing the form itself. Too easy.

Even if Chip Brown’s article is almost Soviet in its heroic and reverent tones, it’s great to see substantial and in-depth dance writing in the main stream press.

We need more of this.