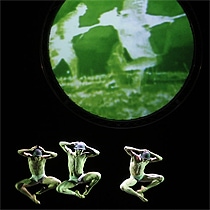 It turns out that Joni Mitchell is back at work on an amazing antiwar production – The Fiddle and the Drum – of all things a ballet.

She is still highly motivated by politics:

“Humbly I hope we can make a difference with this ballet,” she told him, speaking of her outrage about the foreign and environmental policies of the United States. “It’s a red alert about the situation the world is in now. We’re wasting our time on this fairy tale war, when the real war is with God’s creation. Nobody’s fighting for God’s creation.”

Hopefully her message will get through. The polar ice caps are melting and we are bombing cities in Iraq and gearing up to begin a nuclear war with Iran. Sometimes one wonders if that dolt Bush isn’t really the antichrist, send to bring an end to this earth.

Mitchell suggests a wonderful metaphor – modern civilisation as we know it is on a runaway train.

My heart is broken in the face of the stupidity of my species. I can’t cry about it. In a way I’m inoculated. I’ve suffered this pain for so long. We were expelled from Eden. What keeps us out of Eden?

Well, I’m being more specific now. The West has packed the whole world on a runaway train. We are on the road to extincting ourselves as a species. That’s what I meant when I said that we’ve got to get ourselves back to the garden.

With 9 songs and 27 dancers, the result is equal parts Busby Berkeley spectacle, political jeremiad and rock opera, a collection of songs that form an essay on war and incipient environmental apocalypse. Young, athletic bodies are sent off to kill and die. The earth is electronically set for destruction. Dire biblical prophecies and the grave warnings of Indian chiefs ring true. 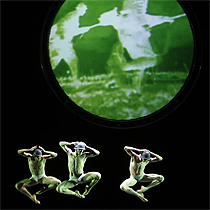 The Fiddle and the Drum – Joni Mitchell, Alberta Ballet

“We’re going to open the curtain” Mr. Grand-Maître explained, “and people who are expecting a ballet will get something more like a rock concert.”

Is The Fiddle and the Drum any good as a ballet? The run was short and sweet February 8-10 and February 16-17.

Mr. Forsythe is hardly the only modern choreographer to have put politics center stage. “The Green Table,” Kurt Jooss’s antiwar masterpiece, was created in 1932 as Hitler was rising to power and is in the repertories of both American Ballet Theater and the Joffrey Ballet. Last year Paul Taylor paid homage to Jooss’s work with “Banquet of Vultures,” with Death again a central figure, but this time he wore a suit and tie and was a stand-in, Mr. Taylor has said, for President Bush….

“There are exceptions,” said Joseph V. Melillo, the longtime executive producer of the Brooklyn Academy of Music, a leading showcase for progressive art. “But the majority of contemporary choreographers in the U.S. today do not think about their place as citizen-artists in response to the political atmosphere. That’s not to say they don’t talk about the war when they’re having a cup of coffee at Dean & Deluca, but they’re not doing that in their art. There’s a disconnect.”

What is striking about Mr. Forsythe, Mr. Melillo said, is that “an artist of his stature would so wholeheartedly and without reservation craft a work of art that is political in content and structure.”

Why are choreographers going political? First, the media are very heavily censored. Second, political leadership is so far in opposition to the will of a large part of the populations.

I’ve seen this phenomenon before, where theatre plays a huge role in politics. It was at the end of the Soviet Union. People were still hesitant to offer a straight critique of the regime. But via theatre the artists staged works into which an astute audience could read contemporary political allegory or analogy. Theatre na Taganke was famous for this kind of indirect political commentary.

In a totalitarian society, media is the first sacrifice. It is much harder to keep reign on the indirect speech of the world of theatre.

Totalitarianism seems to have a salutary effect on art, forcing it to ask harder questions about society. The late Soviet theatre was known for its quality and depth. Whether dance will successfully handle its new role as political critic is an open question. To my mind, dance is more about the personal and the internal than the societal. Dance longs to tell individual tales of love and loss. Yet Yuri Grigorovich was able to make a few majestic political ballets, notably Ivan the Terrible and Spartacus. Grigorovich’s angle was to approach the general through the personal. Through Spartacus’s and Ivan’s own stories he touched wider issues.

"The fact that we are doing this changes fuck all," Forsythe concludes. "But if it contributes to the general feeling, if it is another drop in the stream of dissent that flows far to the places of power, then it is worth it, even if it is a little trickle. It’s better to say something than to say nothing at all.

(The quote above comes from a very good historical précis of the relationship between dance and politics by John O’Mahony published in England’s The Guardian.) 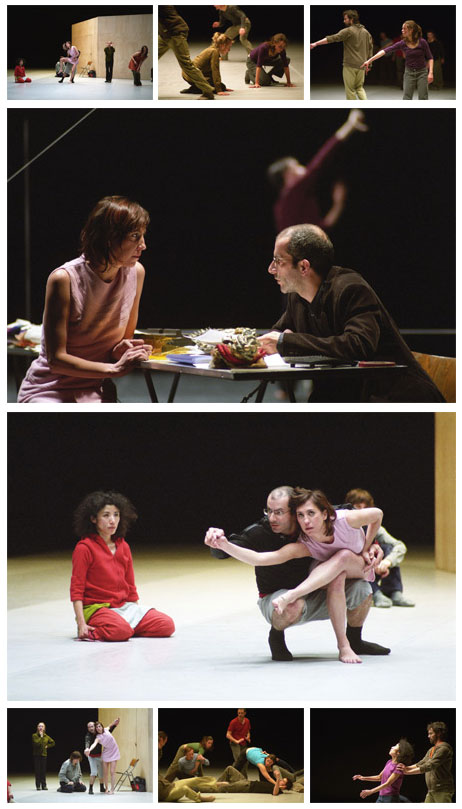 For the moment, thank you Mssrs. Bush and Cheney for making dance relevant again. It’s a pity that it required over 100,000 casualties. No matter. While a single death is a tragedy, the death of millions is a statistic.