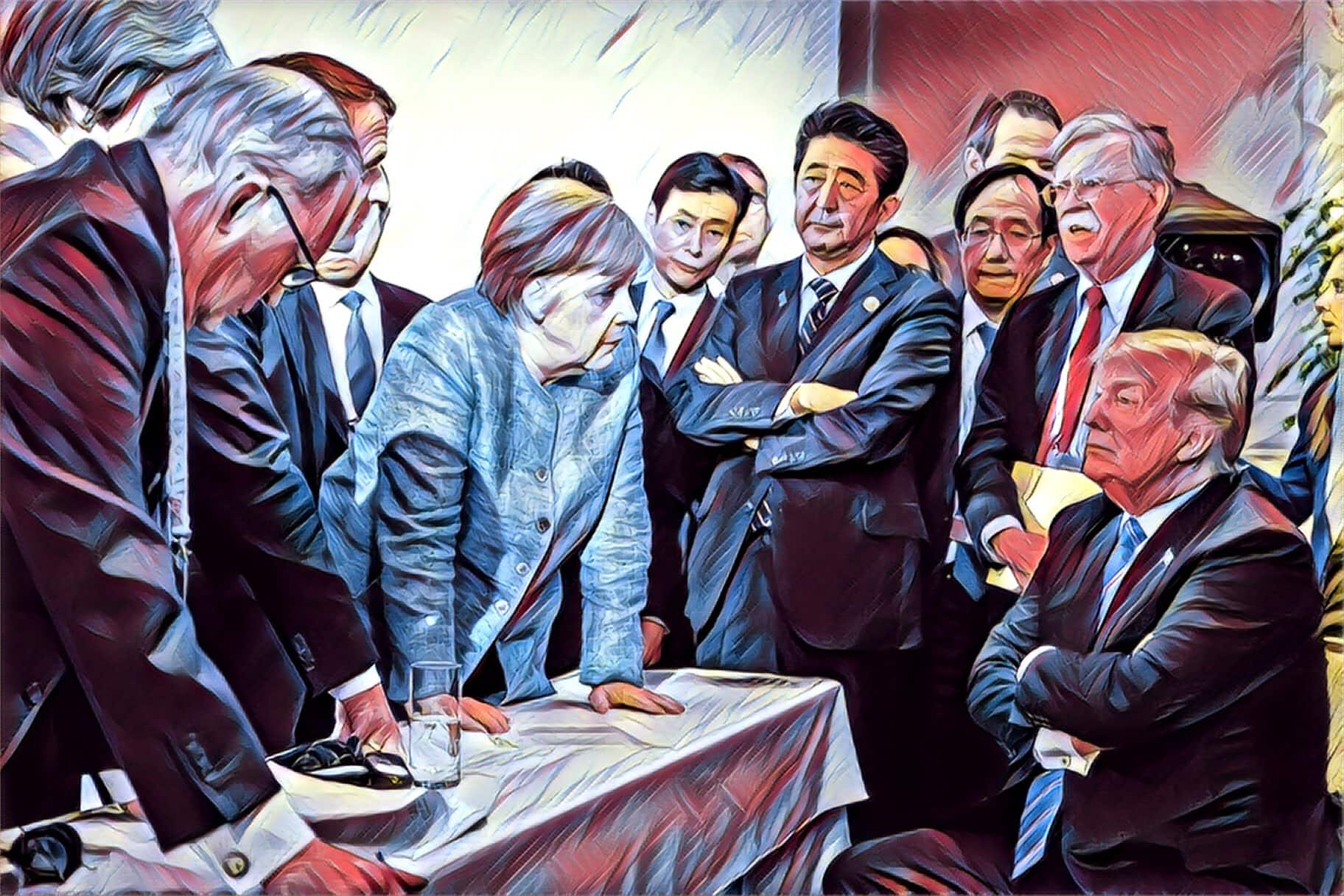 Over at MoonofAlabama, b (would-be heir to billmon, probably the best socio-political blogger to ever put finger to keyboard) recently penned an engaging editorial, "The West is Past". The headline is creative hyperbole but does make the solid point that the USA and Britain by driving Russia and China together have created for themselves a difficult situation which could result in losing Europe. Not soon as it appears that either the funds to bribe Euro politicians are bottomless or that our politicians are very inexpensive wholesale by the bushel.

What surprised me was not b’s editorial but the reaction of veteran MoonofAlabama commenters. It appears they are died in the wool anarchists. A main thrust of comments on this article ostensibly about the infighting and decadence of the G7 was to cast stones at the Silk Road.

Russia under Vladimir Putin and China under Xi Jinping may be fine but will their successors know not to abuse the power they may gain from the New Silk Road projects encompassing Eurasia and Africa? (Jen, 32)

If the West is dead and the East is the future, then why are so many Chinese buying houses and living part time in Canada, Australia, and the USA? Why is there so much emphasis put on Western education facilities by Asians? (rexl, 39)

I still don’t get why so many humans believe anything good comes from chucking aside one greedy oppressive arsehole then replacing it with another. Sure the SCO has a founding document laden with flowery words and seemingly wonderful concepts but I say "So what" check out the UN charter or the amerikan constitution and you’ll find the same….Swapping SCO for G7 will do SFA for them or anyone else unlucky enough to be living on top of whatever the current ‘must have’ is deemed to be. Anyone who imagines that it could is delusional. (Debsisdead, 52)

The Silk Road fundamentally threatens British American power, which has depended on using the oceans to divide and rule the world, to the point of giving free mandate to pirates (kind of Daesh, v1, if I’m not mistaken – though similar atrocities were committed in licenses to kill either Buffalo or Indians in the American West), by rebranding them as privateers (1540 to 1812).

Unlike anything which the G7, the US or the EU are proposing, the Silk Road really has potential to improve the lives of billions.

What mattered was that in a world with multiple hegemons, the West had to treat its workers well, maintain a free press and generally make living conditions appealing enough that no country would be attempted to follow the Yugoslavian route. It’s no accident that Yugoslavia was the first victim of Pax Americana after the end of the Cold War.

No matter how you cut it, unless you are a British or US Imperialist (please take the Opium Wars, the North American Indian Genocide, the destruction of the Philippines, annihilation of the Maoris, the suppression of continental India and the rape of Africa on your conscience first), the Silk Road is a great benefit to Asia and Europe, facilitating trade and creating a two polar system. That two polar system will take us back to where we were before 1989: our would-be masters have to mind their manners and tread very carefully lest we switch sides. The Canadians and the Mexicans will remain more or less trapped. With a bit of luck they might enjoy the same benefits as the native US population as internal revolution will become a danger again.

Balance of power is the key to equal relations and a healthy middle class. Alas, the poor always suffer.

(1) Approximate casualties in repression of satrapies:

Post-Cold War, the US Imperialism has conducted the following punitive operations:

I note that the estimates of casualties for Imperialist (US) actions tend to ignore deaths among the displaced. Their invasions usually lead to many millions displaced (ethnic conflict fanned, whole parts of a country made unliveable via depleted uranium) so casualty estimates (Yugoslavia, Libya, Yemen are ridiculously low). The Iraq War received more attention so the statistics are more comprehensive if controversial with (guess who) consistently lobbying down the numbers.

It’s worth noting that the US underestimates its own combat losses, really counting only killed and battlefield injuries. That’s not nearly enough:

However, as of the year 2000, 183,000 U.S. veterans of the Gulf War, more than a quarter of the U.S. troops who participated in War, have been declared permanently disabled by the Department of Veterans Affairs. About 30% of the 700,000 men and women who served in U.S. forces during the Gulf War still suffer an array of serious symptoms whose causes are not fully understood.

Is it the depleted uranium or perhaps the psychological stress of murdering defenceless people (surrendered soldiers or simple civilians)? I don’t know but would like to know why so many deployed US military end up as invalids.