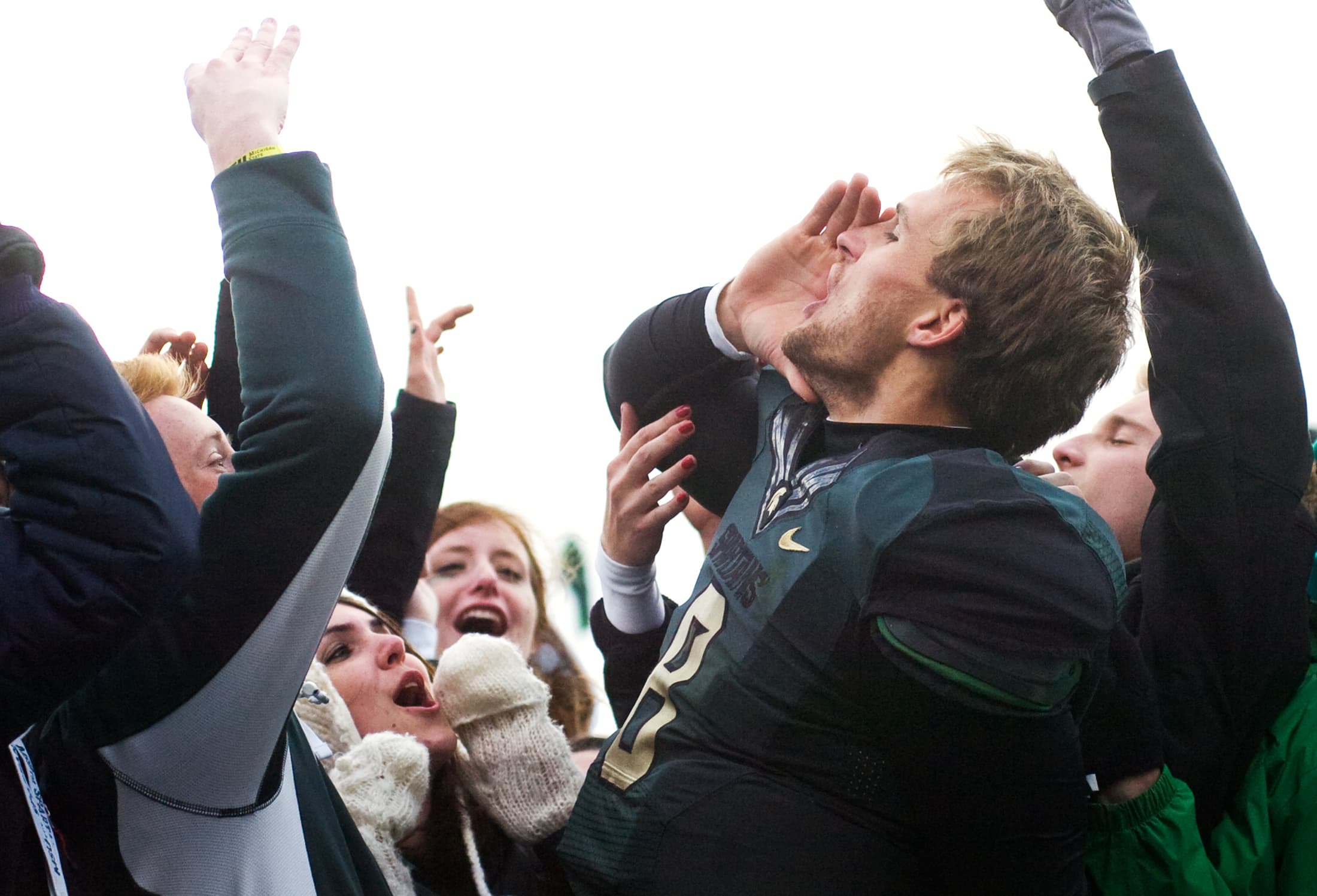 On offense you have:

So to sign Cousins Arizona would either have to destroy its championship defence or cripple its offensive line. The only one of those players without millions in dead cap space if you cut them is Deone Bucannon. The only palatable choice on the table would be to start trading away those top players with contracts which match their performance for draft picks. Good luck getting value when the other GM’s know how desperate you are to unload high paid stars.

Having $6 million in dead cap to a departed quarterback (Carson Palmer) doesn’t help.

Who can afford Kirk Cousins then

There are very few teams with a quarterback need and realistic free cap space to sign Cousins. I put the starting point north of $50m in free cap space, as teams have other needs than just quarterback including signing their own free agents. I count just six.

Neither Denver nor Jacksonville can afford Kirk Cousins

No one else, including the Jacksonville Jaguars or Cincinatti Bengals, can afford Kirk Cousins. They either have very expensive quarterbacks on guaranteed contracts (Bortles, Dalton respectively) or just don’t have enough cap space. Denver Broncos could just swing Cousins if they get rid of Aqib Talib (CB $11m) and Demaryius Thomas (WR $7.5m) or Chris Harris (CB $6.5m), Menelik Watson (RT $5m). In the Broncos favour, they don’t have any high priced QB’s riding their bench (tip of the hat to the Texans). The Buffalo Bills and the Miami Dolphins also fall into the category of teams who couldn’t afford to pick up a Kirk Cousins contract even if they wanted to.

What does Cousins say?

Kirk Cousins is interested in going to Denver. Cousins would like to go to a winning team with a strong defence and win some playoff games. Cousins has a rap to beat as a loser QB with garbage time stats. Of course that’s what Kirk Cousins says. Cousins is also certain he should be the highest paid QB in the league. As Scottie would tell Captain Kirk:

Take your pick, Captain… The engines can’t take it any more, either go to warp speed and accept less money or turn on your phasers and prepare to defend your ship.

An Accountant with a Good Throwing Arm

So far Kirk Cousins’ approach to team play suggest he’s an accountant with an excellent throwing arm and not a team leader. It’s the intangibles which matter at the highest level in the NFL and so far Kirk Cousins hasn’t shown those.

Given that the only sure winner in the Cousins’ approach to date is his bank account, we can expect to see Cousins in Minnesota. Minnesota is the only place to both win and get paid. Cousins better hope that Case Keenum is very difficult in salary negotiations.

If Minnesota decides Keenum and Bridgewater suit them better, the only big payday out there for Cousins are the New York Jets and the Cleveland Browns. Neither of those destinations include much winning at least in the short term. If Cousins is really serious about winning and finding a place he fits, he has to scale down his salary demands and go to Denver.

Ironically enough, one talented team with enough cap space (about $50m) who would have made this until they traded for veteran Alex Smith and signed him to a long term contract is the Washington Redskins. Cousins fit into the Jay Gruden’s Washington Redskins offence as well as anywhere in the league, had he chosen to lead his team instead of holding a grudge.

This year Kirk Cousins is truly a free agent so it’s up to him to choose: money or glory. My bet is Cousins chooses money. I’d be delighted to see him surprise us.