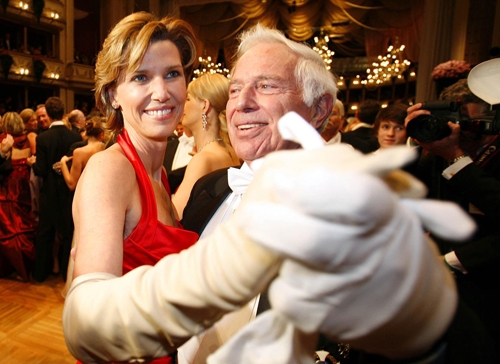 Just digging into Ioan Holender’s Closeup: 118 Premieren Wiener Staatsoper, the men’s gift (Herrenspend) from the 2010 Opernball, this year. I wanted to have a look at the premiers of Gyoala Harangozo as Ballet Director. 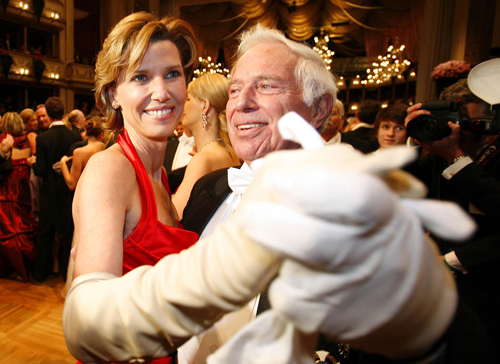 To my astonishment, there was not a single image of ballet in the book. Ballet premiers are relegated to a two page list in the back.

I had heard of Holender’s contempt for ballet but to just cut ballet out entirely from his commemorative goodbye album is a step too far.

While opera can be a magnificent art, most often it is tedious, filled with bombastic emotions of oversized egos.

Ballet on the other hand is the springtime, it is mortality in flight, it is delicate flutters of the soul made flesh.

The weak point in ballet is the music, which too often was primitively written for dance. Later that changed with Profkofiev and Stravinsky’s ballet scores like Romeo and Juliet, Firebird and Rites of Spring.

Holender’s Close Up was not even written by the author. He assented to five interviews about his time at Staatsoper where he answered the interviewer’s questions about his work. The lazy man’s way to writing a book.

In this case it works. Holender manages to come across as his irascible, irritable and bombastic self. The interviewer has edited the answers down to the essential so if you want to learn more about Holdender’s methods, it’s all there. He covers talent scouting, relationships with conductors when developing new talent.

I remember telling Muti about Angelika Kirschlager the first time. Muti didn’t know her and therefore didn’t want here. They all want the singers they already know. So you also have to fight with conductors and stage directors to convince them. And that is not an easy thing to do, believe me. (p. 455)

Axel Zeninger’s photos as whole are excellent. As a stage photographer it’s interesting to observe the changes in technology. In 1999, the early digital pictures have noisy shadows and are a little bit blurry due to long exposure times for instance in Don Giovanni, pp. 202-203). In 2009, the pictures are all sharp, as Nikon’s high ISO actually works and one can shoot at 1/400 second and not at 1/30 second. But you can see what a blessing high ISO digital photography is by wandering through the photos from 1993 and 1994, such as Umberto Giordano’s Fedora on pp. 84-85 or Richard Wagner’s Ring on pp. 48-49.

In addition to the photographs and Holdender’s insights, the program for each opera premier is included and reproduced at life size. Much nicer than a stack of programs in the corner of a shelf (as I have).

Closeup: 118 Premieren Wiener Staatsoper is recommended for Staatsoper, Holender and opera fans. It’s an excellent idea to have a bound and visual summary of the Holender years, especially as it’s well printed by Edition Lammerhuber. Alas there’s nothing to recommend it to amateurs of ballet. Given Mr. Holender’s contempt for ballet, I can’t say I’m sad to see him go.

As I know more and more people from the opera again (in Moscow I spent a lot of time with opera singers and a fair amount of time at the Russian operas, but not the Italians) and I live in Vienna, I might very well read it myself to see what it is I’m missing out on.