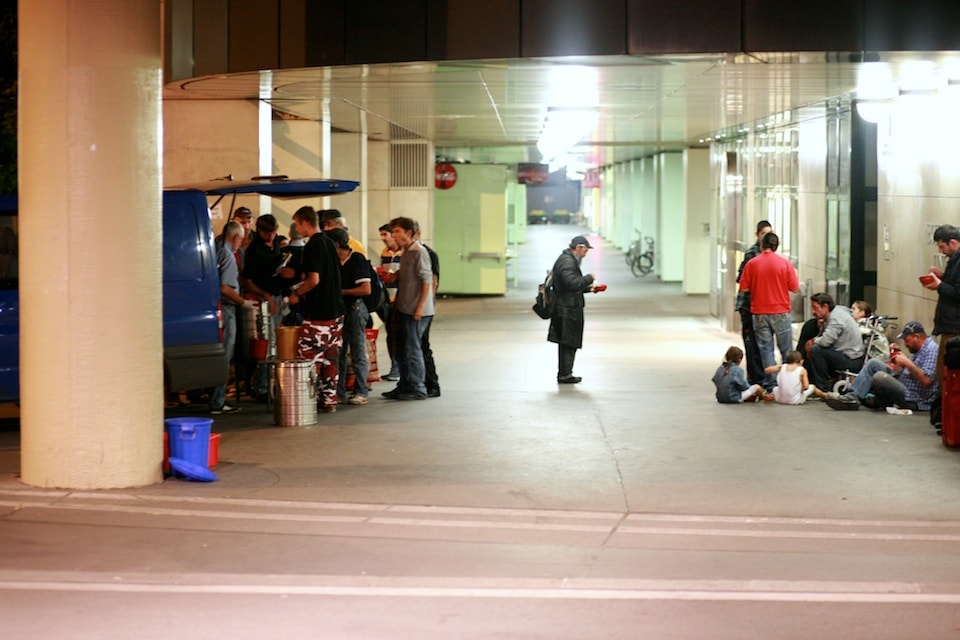 On a balmy August Saturday night I was making my way home when I found two groups of people dining in the street. One group had a table under Karlskirche on Karlsplatz. The other were taking bowls of soup from the back of a van by the Vienna Technical University.

These two locations are just a few hundred meters apart. 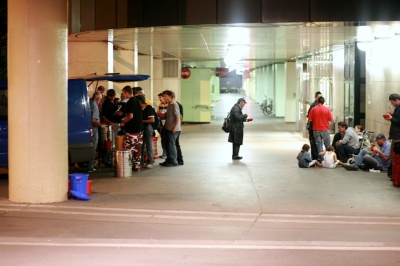 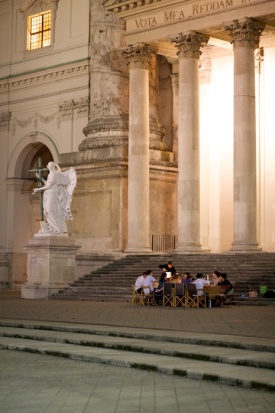 This was supposed to be a post not associated with ImPulstTanz. Ironically, the group dining under Karlskirche turned out to be associated with ImPulsTanz. It’s the theatre usher team. I only realised when preparing the photo for publication at 100% magnification. Great idea to take a table out and eat on Karlsplatz.