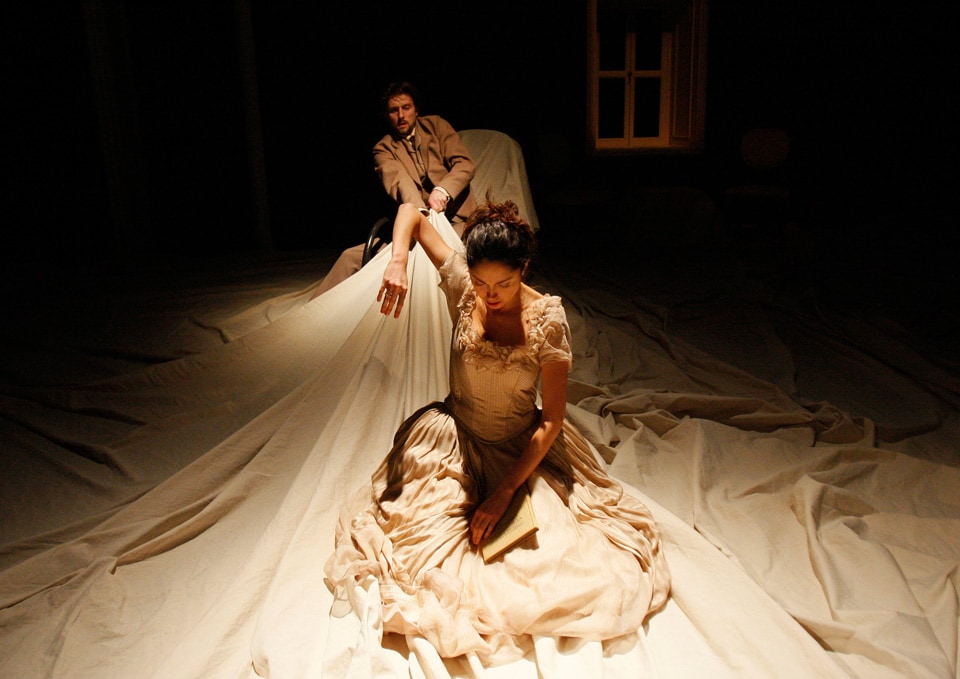 Of all the pieces I’ve seen at ImPulsTanz this year, Last Touch First is much the most careful art design work. 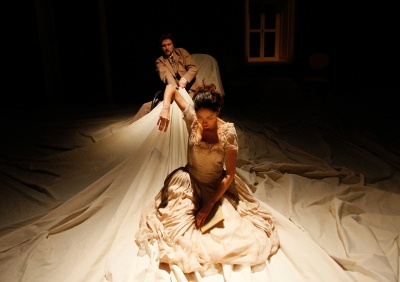 The stage opens on the interior of an imaginary eighteenth century manor house, where three pairs are standing. There are window frames and doors to give a sense of place. The whole group are standing on a a great canvas sheet.

The light is sculpted and three dimensional. There is a slight sepia tone, like in the best preserved photos of the period. 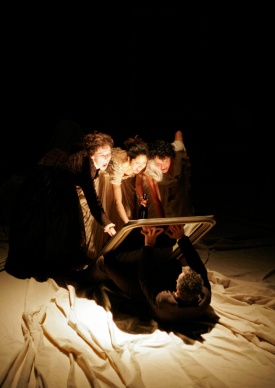 The music is an atmospheric ting-ting-ting on a piano (Dirk Haubrich). Recorded as far as I could see and hear, rather than live, but still unnerving and compelling.

The trick of Last Touch First is the motion. The motion is unbelievably slow. The cast are all dancing but in stopped time.

The working group was formed on the ruins of Nederlands III, the company of retired stars who can still dance. Apparently it was just not possible to get enough funding to keep Nederlands III running. Jiri Kylian is still disappointed about it, as he was personally very closely associated with the founding.

When you see Last Touch First, you can understand why.

Nederlands III was the very best of Kylian‘s artists, nurtured over the course of decades into artistic forces. Each of them is able to command a stage alone, there are no beginners or mediocrities. All the dancers are charsimatic and spellbinding performers.

It is hard to believe that such a successful company would be scattered to the winds of time, a horrid reminder of the ageism of dance.

Rather than do what Anna Teresa De Keersmaeker did this year with the restaging of Rosas dans Rosas, and have older dancers do a show written for younger dancers, Kylian uses the special skillset of these dancers to have them control motion.

This is a much better approach to take to working with older dancers: give them work in which they can outperform younger dancers rather than moves which highlight their weaknesses in strength and speed and snap.

I’m still wondering what it all means. But the beauty and strangeness of Last Touch First remains after the noise of the rest of the festival all dies down. 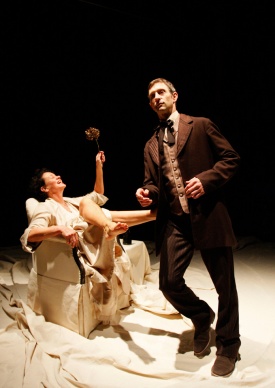 The underlying theme appears to be that bourgeois appearances are just that appearances. Under the finery and the well-set tables, each couple is world of primal violence and fractured intimacy. Pretty close to the truth. A mature truth – this is not Romeo and Juliet. But then most of life isn’t either.

Revenge is best tasted cold. After the closing of NDT III, Last Touch First was crowned dance production of the year in 2007 in Holland.