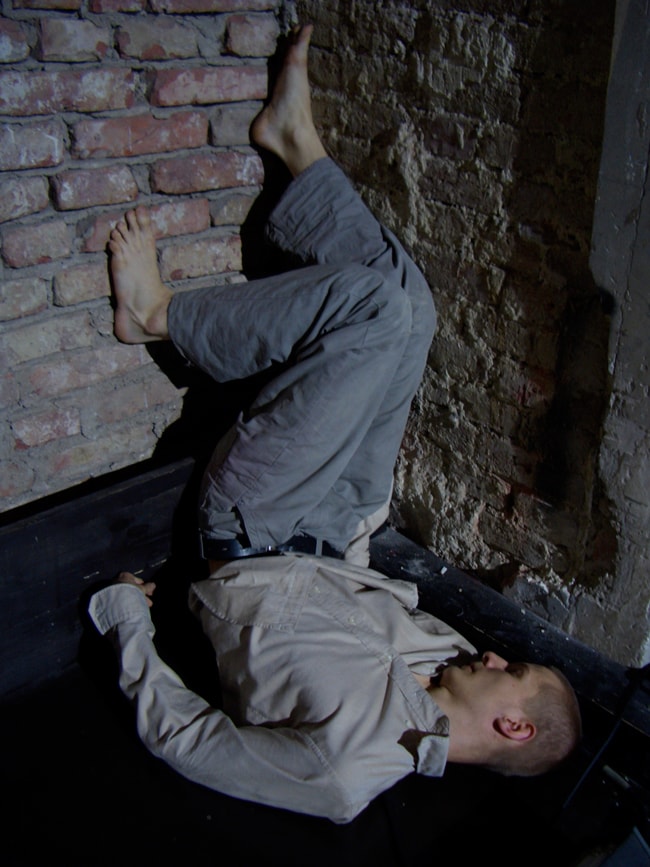 George Blaschke gets off to a running start with Rachmaninoff music and a tall thin dancer in a grey prison suit climbing the walls and sprawling on the floor. Really compelling movement. 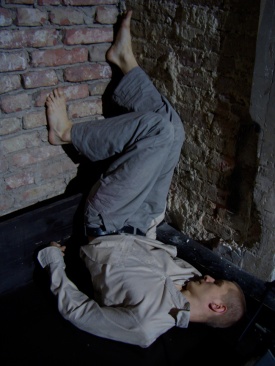 The idiom is a bit dated and Chaplinesque but strangely compelling. Alas after about ten minutes it’s over and two other gentlemen walk out from the back of Kasino. Everything is very cordial, they nod and greet the dancer and then sit down.

We watch the dancer rehearse some more and then a home movie is shown of the three men on stage in a rehearsal studio. The two gentlemen sitting turn out to be a choreographer and a dancer. The sixty year old choreographer Harmen Tromp learned this material directly from the original dancer/choreographer Andrei Jerschik (Linz 1902-1997). And he taught it to the forty year old teacher George Blaschke. Who is now passing it on to the young Czech dancer Petr Ochvat. 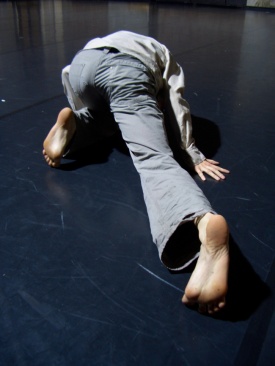 George Blaschke is a piece about passing material on from one generation to another. Perhaps the passing of choreography should be an impenetrable mystery to audiences. To me it’s just a given. That’s what happens.

In this context, the pickings here are slim.

I’m not sure about the advisability of taking 12 euros from people for what is a non-show and a rather bare bones demo. Apparently I was in the minority and most of the people attending were actually on a whole evening ticket which included Maguy Marin and so you got a lot of minimalism for your 25 or 30 euros.