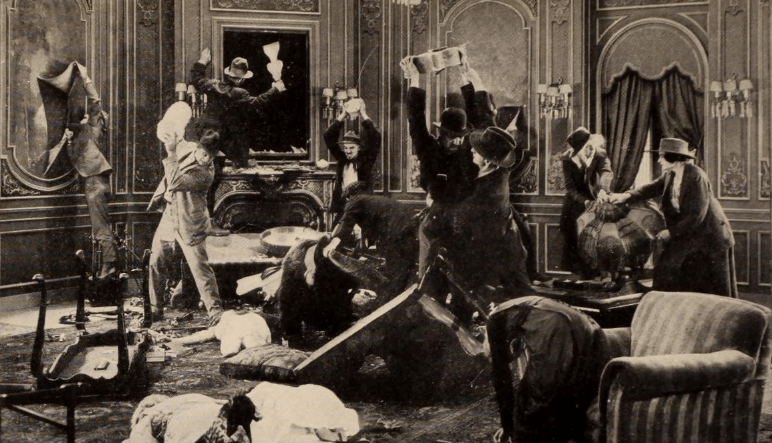 Chris Hedges, who had been part of the last Western generation where real investigative journalists were prized at major media organisations (at least some of the time) offers an interesting take on cancel culture.
For his reporting, Hedges has been banned or hunted by the US Army in Iraq and Saddam Hussein, the KLA and Serbian Army, at the same time. Hedges knows a great deal about the use and abuse of power.

Cancel culture, argues Hedges, has been embraced by corporate America as it is an extremely effective tool to both distract citizens from serious corporate transgressions and to silence real critics.

Corporations know these moral purity tests are, for us, self-defeating. They know that by making the cancel culture legitimate — and for this reason I opposed locking Donald Trump out of his Twitter and other social media accounts — they can employ it to silence those who attack and expose the structures of corporate power and imperial crimes. The campaigns of moral absolutism widen the divides between the liberal elites and the white working class, divisions that are crucial to maintaining the power of the corporate elites. The cancel culture is the fodder for the riveting and entertaining culture wars. It turns anti-politics into politics. Most importantly, the cancel culture deflects attention from the far more egregious institutionalized abuses of power. It is this smug, self-righteousness crusade that makes the liberal class so odious.

The ruling elites and the courtiers who trumpet their moral superiority by damning and silencing those who do not linguistically conform to politically correct speech are the new Jacobins. They wallow in a sanctimonious arrogance, one made possible by their privilege, which masks their subservience to corporate power and their amorality. They do not battle social and economic injustice. They silence, with the enthusiastic assistance of the digital platforms in Silicon Valley, those who are crushed and deformed by systems of oppression and those who lack their finely developed politesse and deference to linguistic fashion. They are the useful idiots of corporate power and the emerging police state. Cancel culture is not the road to reform. It is the road to tyranny.

Hedges is right. Sooner or later every individual falls foul of one or another cancel tripling. If the critic is irritating enough, digging up ten year old Tweets or a high school newspaper is not too much to muzzle or harm him or her. I’m listening to writer Ivan Bunin’s journal written during and after the 1917 Revolution, Окаянные дни (Cursed Days). One of the most powerful Bolshevik tools was the ability to overnight declare individuals or groups of people enemies of the state or saboteurs – and then unleash a bloodthirsty mob to ravage those individuals home, personal property and even person without consequences.

Cancel culture offers the same kind of centralised mob rule. The necessary amplification to power cancel culture comes from CNN, the New York Times and the Washington Post. How could university educated North Americans (including Canadians) be silly enough to expect these establishment instruments would ever fight for real justice or real information?