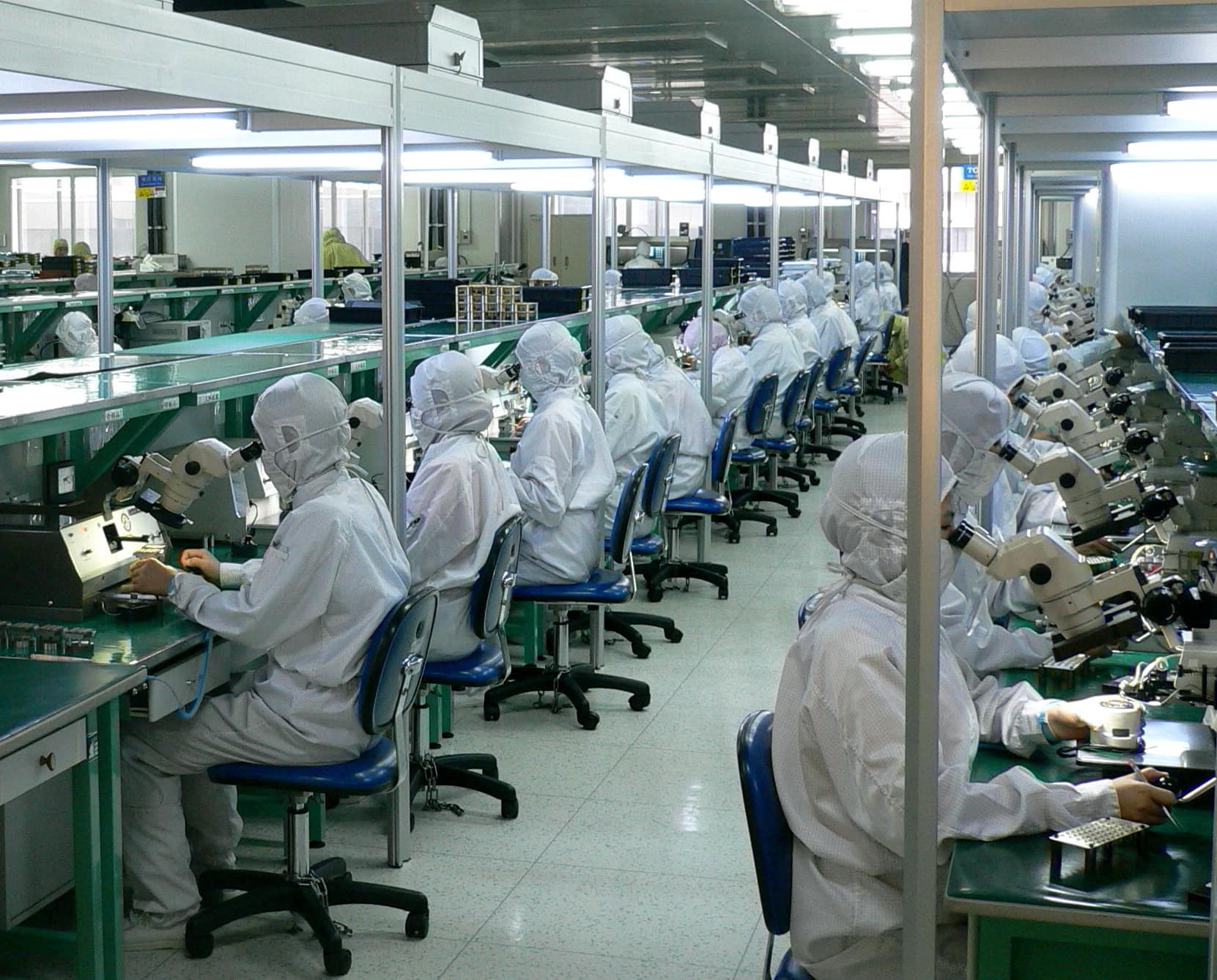 Apparently the US have decided to play hardball with China. Huawei’s American subsidiary has been slapped with an export ban. Many Americans believe this will lead to a resurgence in US manufacturing. It seems to me that the industrial infrastructure for efficient manufacturing has been almost entirely lost. While there’s some basic assembly still in the US, the only physical products where the components are still made in America are overpriced military toys.

There are skilled workers all over North America. They all have jobs as ‘Personal Support Workers’ for damaged Snowflakes and the Elderly. It takes most motivated workers about 2 days to learn ANY job! I was Team Leader at Freightliner. We called it ‘3 truck training’. If you couldn’t do the job in 30 mins, you got moved … or walked out.
Lastly … the skilled trades in a Factory are the Maintenance Millwrights and Welders. And I can teach a 10 yr. old to weld in an hour.

Maybe. The basics of many skills can be learned quickly. Mastery takes years.

As the US seeks to divide the world into two halves and ban both China and Russia, while crushing the Middle East and South America underfoot and ignoring Africa, there’s a good chance that the world won’t follow. To Hell in a Handbasket writes:

America has lost the plot a long time ago. The problem with America, is that it thinks nothing can be reciprocated and that everybody needs this decaying nation of faux exceptionalists to survive and be happy. The entire world outside of America itself, knows its nothing more than a fake society, riven with divisions and a parasite imperialist.

Who needs who more? Just wait till cognitive reality sets in. The Chinese do not need America and this truth will slowly dawn by the middle of this century at the latest. Outside of NATO and few other buddies, the USSA does not win the argument. IT COERCES! When these shackles break, my god, the Yanks will have a rude awakening and justified payback.(obviously not military payback) Who hasn’t Uncle Scam fucked over is the question?….

The world will essentially exchange one parasite the USSA for another…It is the nature of the world. What I won’t accept from the Americans on ZH, is the USSA’s benign malevolence.

Uncle Scam is a murderous devil, a money printing scam artist and an imperialist to go with it. America has no real friends and when the dollar implodes, if I was the leader of Venezuela, Zimbabwe, Argentina, Boliva, the D.R Congo, Malaysia, Iraq, Iran, Turkey and another 60 countries fucked over by the USSA since the 50’s, I’m doing you fuckers no favours.

1. Because I won’t have to
2. Because America has nothing to offer that I cannot source elsewhere.

Outside of certain military equipment, what can the USSA offer me, that I cannot source elsewhere? This simply fact is dismissed by the USSA cheerleaders on ZH, because the realization is awful to face. Americans have little idea, because 95% of them are not well traveled, how despised the USSA government is. It is despised.

I’m currently helping a friend put together/build a small 10-12 ride amusement theme park. I’ve been researching with him for 3 weeks. How many USSA companies lead the field, or desirable equipment we want? NONE! German, Dutch, Italian and Swiss lead the way by miles. The world does not need you and I run 2 manufacturing companies in Africa. Super High-End, Hi-Tech design? Yes. Everyday products? From a drill bit, to a crane, to an articulated lorry. Sorry America, the world does not need you.

I find it interesting that the commenter is a real world businessman buying in a domain where one would expect American leadership and is unable to find competitive product. Most of the modern military equipment he praises can be bought cheaper (factor of five) and more reliable from Russia or China. But the comment overall makes sense. It’s high time the American government changed their mentality back from that of a tyrannous jailor to a benevolent suitor. It’s many times easier to lose friends than keep them.

In terms of manufacturing, we are entering a new age of AI and smart machines and almost fully automated factories. The US and Japan could build factories that run largely without personnel. In this case, the US will run into the Henry Ford paradigm very quickly – if he paid his workers more (an unheard of $5/day when the average was about $2/day), his workers would be able to buy his cars:

The influence of leisure on consumption makes the short day & the short week necessary. The people who consume the bulk of goods are the people who make them.

Who in the US apart from investment banks and Silicon Valley want to pay a living wage in the US these days or in future days? How will wresting low-cost manufacturing from China create well-paid American jobs? It looks more like the US was unable to compete on a level playing field and is now trying to tilt the whole table in its direction. As with any upset table, there are no winners.

Trade wars lead to shooting wars. And as Henry Ford said, “No one ever wins a war.”

If this trade spat continue to escalate, the US will not receive any compensation in the Chinese or most Asian markets for any intellectual property which they claim. The patent system is an artificial construct whose existence is dependent on a mutually beneficial system. It’s impossible to enforce without somewhat cordial mutual relations.