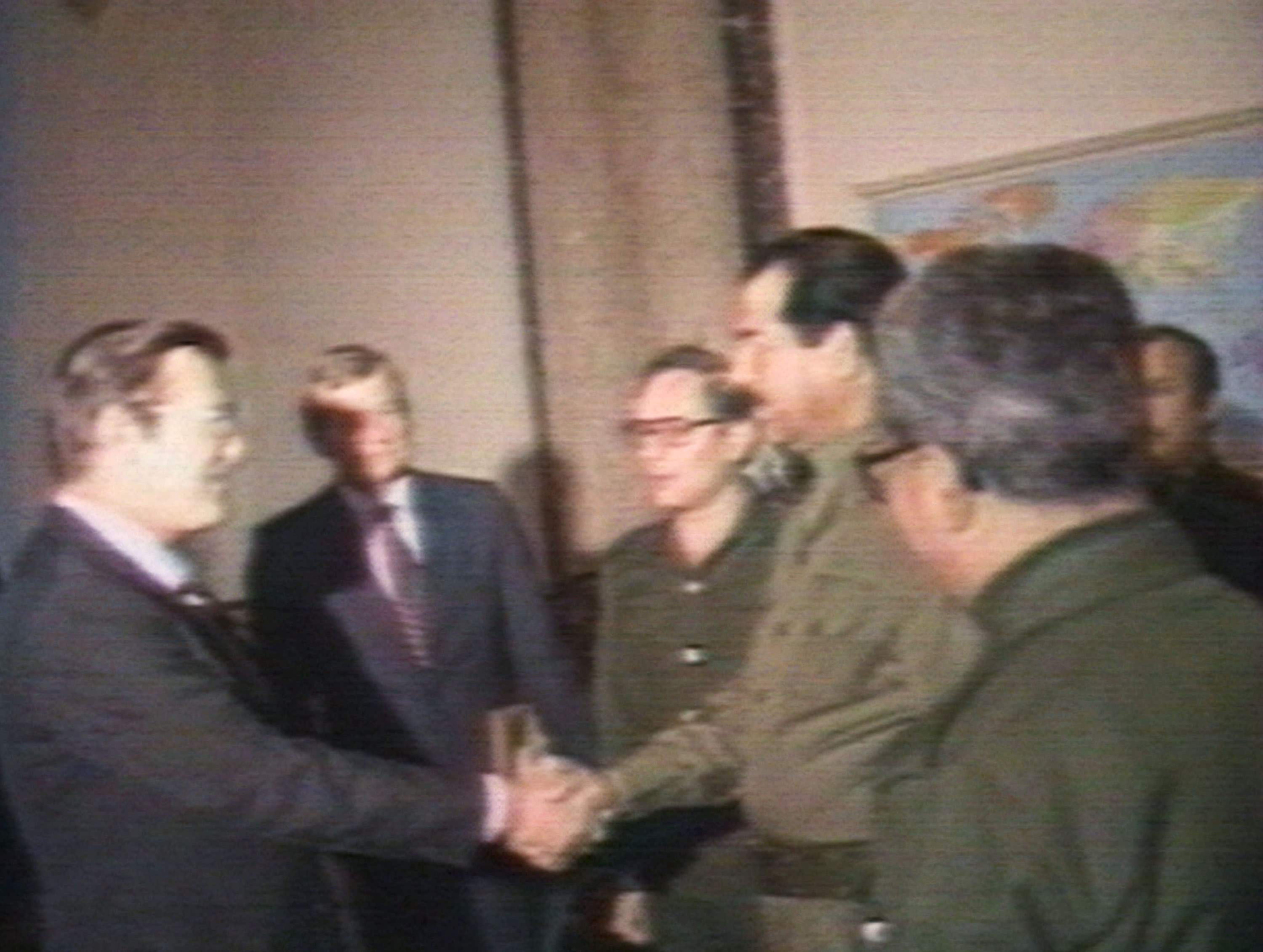 How to Annihilate Propaganda Trolls: Exhibit A

Any student of history or even prolific reader who spends any time out on the web these days runs into endless posts by either the ignorant or malicious making nonsense claims or denials about various unsavory US actions or incredible propaganda.

Here’s one such post by someone with the moniker falconflight, both denying and justifying the use of white phosphorus by the US military at the same time.

I have no proof either way from the US Gov’t and certainly not from the Syrian/Russian/Iranian side. I don’t know that it is BS. BTW, phosphorous use is NOT illegal, except in explicitly outlined limitations, such as high concentration of civilian populations.

As many times as this claim about the US gov’t providing chemical weapons to Saddam, I have challenged it repeatedly with the plea to provide some evidence. Not once has my plea been answered. It didn’t happen, it is agitprop…disinformation, period. I can never even recall the Russian or Chinese gov’ts ever making such a claim, nothing in the UN. And they would have grounds to slam such an action and have sanctions against the US, righteously.

When confronted with such bold-faced lies, the informed reader usually sighs and gives up reasoning with close-minded ignorance or deliberate propaganda. This time, a clever reader decided to take falconflight to the woodshed. It’s the most spectacular and complete demolishment of a troll I’ve ever seen and worth recording for posterity.

What utter and complete ignorance from you, lol, the following in just 30 seconds (more to cut and paste of course).  Instead of begging for handouts, do a fucking basic internet search yourself next time.

US Defence Secretary Donald Rumsfeld helped Saddam Hussein build up his arsenal of deadly chemical and biological weapons, it was revealed last night.

As an envoy from President Reagan 19 years ago, he had a secret meeting with the Iraqi dictator and arranged enormous military assistance for his war with Iran.

The CIA had already warned that Iraq was using chemical weapons almost daily. But Mr Rumsfeld, at the time a successful executive in the pharmaceutical industry, still made it possible for Saddam to buy supplies from American firms.

They included viruses such as anthrax and bubonic plague, according to the Washington Post.

The extraordinary details have come to light because thousands of State Department documents dealing with the 1980-88 Iran-Iraq war have just been declassified and released under the Freedom of Information Act.

“From about 1975 onwards, these companies are shown to have supplied entire complexes, building elements, basic materials and technical know-how for Saddam Hussein’s programme to develop nuclear, chemical and biological weapons of mass destruction,” the newspaper said. “They also supplied rockets and complete conventional weapons systems,” it added.

While the August 18 NYT article added new details about the extent of US military collaboration with Iraqi dictator Saddam Hussein during Iraq’s 1980-88 war with Iran, it omitted the most outrageous aspect of the scandal: not only did Ronald Reagan’s Washington turn a blind-eye to the Hussein regime’s repeated use of chemical weapons against Iranian soldiers and Iraq’s Kurdish minority, but the US helped Iraq develop its chemical, biological and nuclear weapons programs.

In 1988, during the waning days of Iraq’s war with Iran, the United States learned through satellite imagery that Iran was about to gain a major strategic advantage by exploiting a hole in Iraqi defenses. U.S. intelligence officials conveyed the location of the Iranian troops to Iraq, fully aware that Hussein’s military would attack with chemical weapons, including sarin, a lethal nerve agent.

THE US and Britain sold Saddam Hussein the technology and materials Iraq needed to develop nuclear, chemical and biological weapons of mass destruction.

Reports by the US Senate’s committee on banking, housing and urban affairs — which oversees American exports policy — reveal that the US, under the successive administrations of Ronald Reagan and George Bush Sr, sold materials including anthrax, VX nerve gas, West Nile fever germs and botulism to Iraq right up until March 1992, as well as germs similar to tuberculosis and pneumonia. Other bacteria sold included brucella melitensis, which damages major organs, and clostridium perfringens, which causes gas gangrene.

On February 9, 1994, Senator Riegle delivered a report -commonly known as the Riegle Report– in which it was stated that “pathogenic (meaning ‘disease producing’), toxigenic (meaning ‘poisonous’), and other biological research materials were exported to Iraq pursuant to application and licensing by the U.S. Department of Commerce.” It added: “These exported biological materials were not attenuated or weakened and were capable of reproduction.”[38] The report then detailed 70 shipments (including Bacillus anthracis) from the United States to Iraqi government agencies over three years, concluding “It was later learned that these microorganisms exported by the United States were identical to those the UN inspectors found and recovered from the Iraqi biological warfare program.”[39]

U.N. inspectors had identified many United States manufactured items that had been exported from the United States to Iraq under licenses issued by the Department of Commerce, and [established] that these items were used to further Iraq’s chemical and nuclear weapons development and its missile delivery system development programs. … The executive branch of our government approved 771 different export licenses for sale of dual-use technology to Iraq. I think that is a devastating record.

Here’s a video to go along with the written references above. 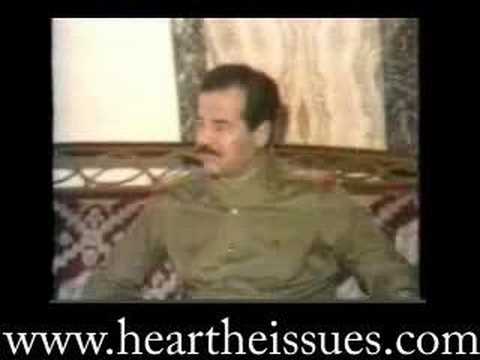 I hope you enjoyed this exercise on how to turn the propaganda tide, in the face of the endless waves of both free and paid keyboard warriors with the complicity and collaboration of Facebook, Twitter, Instagram, Google and Apple. Hopefully this sharp riposte will inspire others to interrupt the ignorance and disinformation gavage:

“We’ll know our disinformation program is complete when everything the American public believes is false.” CIA Director William Casey, February 1981