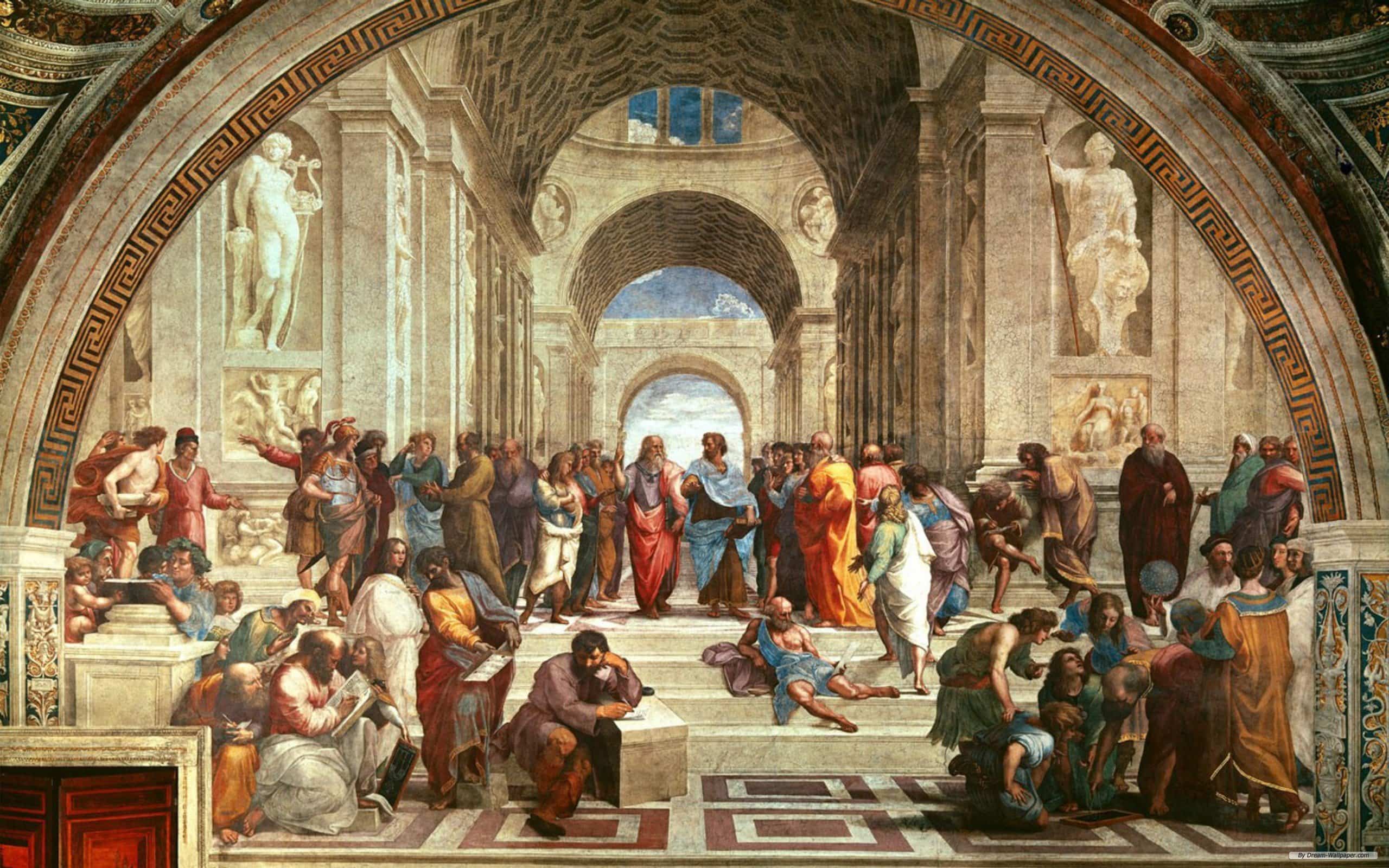 The Trouble with Comments (on alternative media)

If you are short of time, just skip to the Six Battle-tested Rules to Help Publishers Nurture an Intelligent Comments Section.

I’ve been participating very actively in political conversations on various alternative sites for the last six months and recently over at MoonOfAlabama.org. I’ve also been involved in a very involved internal comments-or-not debate for a high profile and widely read international political site recently. Professionally at Foliovision, we develop what is the most powerful freestanding (software, not a service) comment moderation software, Thoughtful Comments1. Commenting has been on my mind would be an understatement.

MoonOfAlabama is not the only anti-Empire alternative media site who suffers from comment issues. Here’s a short list of some sites with whose comment sections I’m very familiar.

RT.com wants instant comments but suffers from spot.im’s poor resource management to achieve that goal. If you don’t block comments on RT.com each open tab will balloon to over a GB in a matter of twelve hours, crippling your web browser. CPU usage is also an issue. RT.com is also a free fire zone so the calibre of comments is so low that there is literally almost nothing to miss. For a better reading experience, just block spot.im and ignore commenting on RT.com.

As long as a site is using Spot.im, that site is doomed to an extremely low-brow and low density comment section. Spot.im is not a comment system for sites for adults.

Russia Insider uses Disqus. Disqus right now is surprisingly robust and is not meddling much in moderation. The Empire has chewed up and digested existing platforms (YouTube, Facebook) and is now coming for Disqus.

The quality of comments on RussiaInsider.com is not great sadly. RI has become a pile-on of like-minded individuals who unfortunately don’t have much new information. Due to the coming censorship, Disqus will eventually become a problem for RussiaInsider.com but the insularity and vulgarity of the comment section is a problem beyond software.

Recommendations for RI below.

ZeroHedge has their own platform which includes upvotes and downvotes. The platform was terrible for ages (with any kind of ad-block on, upvoting or downvoting, froze a browser tab and the rest of the tabs in the window for up to a minute). This has been fixed. Technically, it’s pretty sound while the upvoting and downvoting leads to interesting spot polls (FYI, ZeroHedge public leans very libertarian, pro-Russia, pro-guns and pro-justice in Palestine: an interesting combination).

Zerohedge attempts to deal with the troll issue with a complex registration process. There is still an enormous amount of spam, repetition, pointless one liners. Obscenity is both allowed and enouraged. Amid all the dross and expletives, there are some sharp and sharp-witted mines. Probably not worth sorting through the rubbish most of the time.

In this case though, the ZeroHedge comment section does have a personality and a personality which suits its readership. I’m not convinced it would be possible to improve the quality of commentary on ZeroHedge without losing much of the readership. Intelligent readers should avoid the ZeroHedge comments section apart from checking opinion temperature via the spot poll upvoting and downvoting.

Mondoweiss suffers from too narrow a group and a narrow subject so inevitably the comment section becomes too repetitive. If one visits occasionally, one finds gems like this detailed exploration (see higher in the thread as well) of Albert Einstein’s relationship to the state of Israel and Zionism. At one point, Mondoweiss had some hardcore zionist flag waver propagandists. They were even more repetitive than the pro-Palestine crowd but often started lively debate. Eventually though even the back and forth became extremely repetitive.

Let’s take a quick look at two mainstream sites, on opposite ends of the political spectrum in the US.

Politico use Facebook comments. Despite a valid and genuine Facebook profile and some fairly careful but dissenting comments, I was unable to post there at all. Perhaps a technical, perhaps a moderation issue. In the end, though, only like-minded people (establishment democrats, Hillary fans) welcome. Repetitive, dull and one-sided.

Sadly that’s the way establishment democrats like their politics these days and that’s why they lost the last election to a career charlatan. They just don’t know how to listen and would like impose their values on everyone in Huxley-like Brave New World.

Breitbart use Disqus but with very loose moderation. Breitbart is kind of a no-holds barred area similar to ZeroHedge but with a far lower tolerance for expletives and obscenity (“conservative values”). On the other hand, Breitbart is where you are most likely to see the kind of “just nuke ’em” comments about China, Russia, Syria or even Europe. Anywhere which is not the United States (curiously Bloomberg comment sections are even worse).

Breitbart like Politico is an agitprop site so there is no real will to improve the comment section. Any participation there is anti-productive (the hordes of close-minded jingoistic gun-lovers seem endless). Intelligent comments don’t raise discussion (although they do get a few upvotes) but end in death threats.

Breitbart’s comment section makes a very strong argument that Trumpism is effectively National Socialism in a National Capitalist guise. If you (like I was) are under any delusions that the Trumpists are harbingers of a better world, a couple of weeks on Breitbart will cure you of any delusions that there is intelligence or humanity behind the movement. Trumpism is an angry mob, Trump is a pied-piper in front of that mob2.

Main lesson: it’s very difficult to post on controversial topics and maintain a diverse readership with a non-repetitive comment sections. What’s even more discouraging is that many sites who should know better have decided to just forego comments.

Just banishing dissent is anti-productive, resulting in a sterile environment with modest engagement (Mondoweiss, Politico). Allowing the site to be hijacked by trolls is no better a strategy (Breitbart, RussiaInsider, RT). The one counter indication is ZeroHedge which thrives in an almost free firezone of obscenity and insults seasoned with a touch of intelligence and wit. The exception proves the rule. Most people would not be comfortable on ZeroHedge. Intelligent readers will tire of the repetitive fireworks while little progress will be made to an intelligent debate to shape better policies in the future. Not only are the policies themselves important but civil discussion develops a well-informed and motivated electorship to support and vote for those better policies.

What RussiaInsider.com would have to do to save its comment section for instance, would be to stop allowing the rude one liner posts, whether from Ukrainian agitprop factories or from the pro-Russia faction. The level of debate has to take a massive leap up. A too sudden shift in moderation might confuse existing commenters so I’d recommend a gradual shift to stricter moderation, getting rid of the worst of mutual insults first and gradually encouraging well thought out and more intelligent commentary. One method of doing so is having a writer or an editor engage immediately with the better comments. Positive attention from an authority is a powerful tool.

Returning to the comment section at MoonOfAlabama, for many years I often carefully read the comments here as there was often new information posted by commenters who are expert on a region or an economic sector. In the last couple of years, I stopped reading the comment section at MoA nearly as often, as it had become overpopulated with one-liners and pointless sniping. Some of the better informed commenters who added value either literally disappeared or their posts were difficult to ferret out from among the dross3.

My goal at MoA is to contribute to and help build a comment section I’d like to read and which would be persuasive to someone who is just exposed to alternative narratives for the first time. I often send MSM victims (they don’t perceive of themselves as such) to MoA as a first exposure to non-MSM and thus have an interest in MoA coming across as credible.

Progress has been made in the last couple of months. Most comment sections make sense. Sniping comments are less frequent. Ad-hominems are actively discouraged. The wildly delusional have been excluded (albeit with occasional regret, like Lear’s fool, the truly mad occasionally offer another kind of wisdom).

Here are my six sure fire rules (a work in progress) on how to nurture an intelligent comment section on your website, particularly a site which deals with controversial subjects.

Six Rules: How to Build an Intelligent Comment Section

If you are on WordPress, Thoughtful Comments will give you upvoting and downvoting as well as sophisticated front end moderation tools. Again, platform-specific tools are not so important, the strategy is.

1. Thoughtful Comments only works for WordPress and curiously enough most of the alternative media sites do not use either WordPress or at least native WordPress commenting. The issues with comments are primarily editorial and not technical. The technical tools can only help you implement a comment strategy. As I wrote yesterday, official trolls or minders (take your pick) are becoming more sophisticated, employing simple but effective techniques like the “early bird” to derail intelligent conversation.

2. I’m not arguing that Trump supporters don’t have a lot to be angry about. The decline and destruction of the White American Middle Class in favour of technocrats, defence contractors, perpetual war and docile new immigrants is a reality which gets worse every day. My issue is that the response to these issues such as making the wealthy wealthier, spending even more money on the military, escalating the drone wars, intensifying foreign illegal interventions (Syria and Yemen) and starting trade wars are not the solution to the original problems.

3. Occasionally I’m discouraged when what looks like new and important information is not sufficiently vetted (see Karlof1’s post above about the butterfly bullets – the tweet linked appears to be the wrong bullets if it’s generally an issue about what kind of rounds the IDF is using on Gazans. We make it too easy to discredit the alternative narrative when we spread false information).