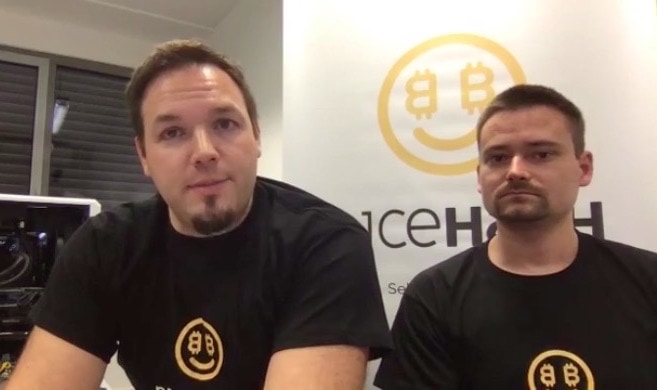 NiceHash $64 million hack: inside job or not?

A Bitcoin investor friend of mine asked me if I thought the guys from NiceHash, Marko Kobal and co-founder Sasa Coh, were involved in the recent $64 million hack of their own bitcoin mining co-operative.

I didn’t watch the screencast but the guys don’t look particularly evil or guilty to me. They looked like guys who’d just been burned. Guys who thought they were smarter than they are. Sure, they could protect themselves (or you and I) from the kind of hackers who are interested in a $2 million heist but not those accustomed to a $50 million score. There’s a difference between high school ball and the NFL.

Almost all of the Bitcoin world is like this. It’s the Wild West and you can bet the biggest meanest hackers of the planet are coming for any coin in motion. Cold storage of your own in a physically secure vault (for redundancy’s sake you need at least three or four of these vaults). It’s no joke. I guess one could put the files into an encrypted disk on a commercial backup service with theoretical zero-knowledge (that’s two levels of encryption, plus the final layer of password security).

There are many ways for a serious criminal to profit from Bitcoin. For instance, he could identify a few people who are medium large holders or newly rich large holders. Yet still accustomed to living with low security. It’s not that hard to identify some (in fairness, these guys holdings would be too low to warrant the risk in relatively secure San Francisco). 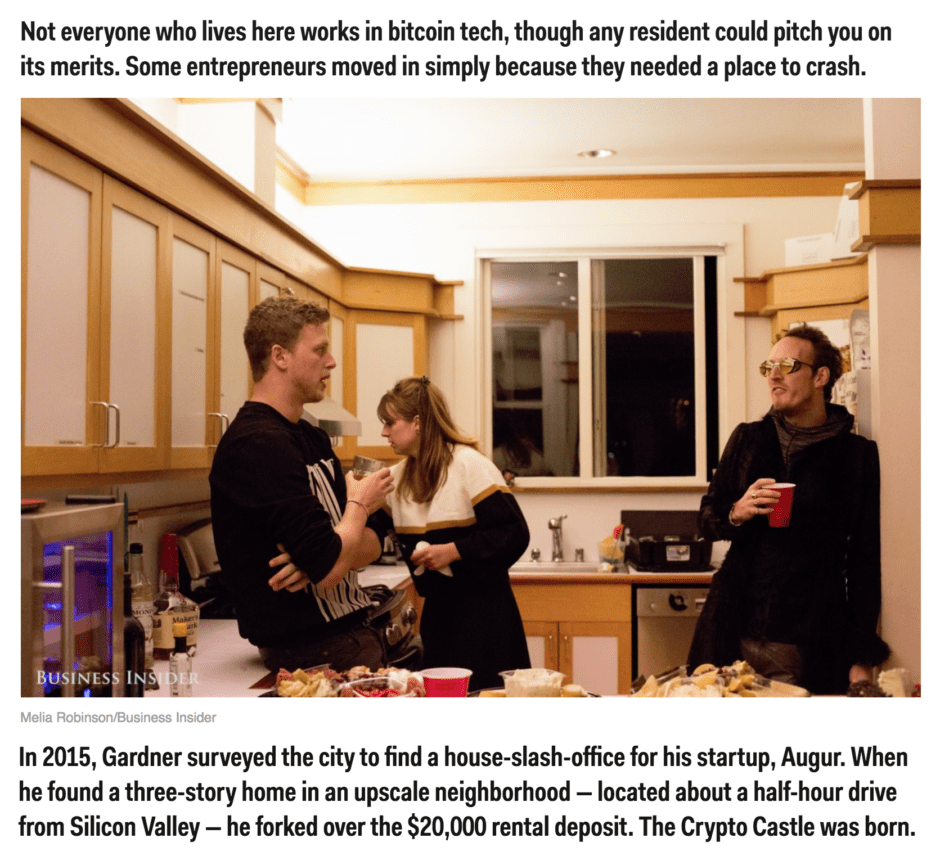 At that point, it’s not difficult to kidnap them and force them to reveal the password and drain their accounts. Before letting them free, the criminals would wash the coins. Strategically it would make sense to target people whose holdings were illegal (either from illegal activities or by virtue of being undisclosed). This would prevent our targets from reporting the kidnapping. Imagine: losing $50 million in assets and then being on the hook for $12.5 million in capital gains taxes and $5 million in fines. Life just got a whole lot worse with a bankruptcy declaration in your future.

When law enforcement can prevent this kind of highway robbery in the Bitcoin universe, they can prevent people from any kind of theft and/or anonymous transaction. At which point, basically Bitcoin is like USD – an official visible instrument of power.

This all won’t end well. Remember the dot com bust. Try to exit at peak (peak may be a way’s off yet) as zero value might be the final landing spot (or close to par – one USD for one Bitcoin, although I think if Bitcoin sinks that far it will just close up). Bitcoin is particularly poorly engineered as the transaction costs are so high, making it useless as a currency. I.e. it’s only suitable for securities transactions, at least until it gets an instant payments little brother.

It’s a bloody mess and you can bet Uncle Scam is watching carefully, while Goldman Sachs is planning how to make money while blowing up Bitcoin (as they very successfully did so with dot com and with the subprime fiasco – “too big to fail”). To succeed against the USD, you need an alternative structure with corresponding security structure (i.e. if Russia, China and Iran put together an alternative payment system and currency backed by either gold or petrol, that could give the entire USD pyramid a run for its money).

By 1803, at the height of its rule in India, the British East India company had a private army of about 260,000—twice the size of the British Army.

Don’t forget it was privileges offered to these SOB’s which started the original Boston Tea Party and lost the American colonies to Britain for two centuries (one could argue that the US has been back under indirect British dominance since the creation of the Fed with three or four European/English banks slipping in as the main shareholders).

They had their own flag and their own coat of arms, one of which might look very familiar. 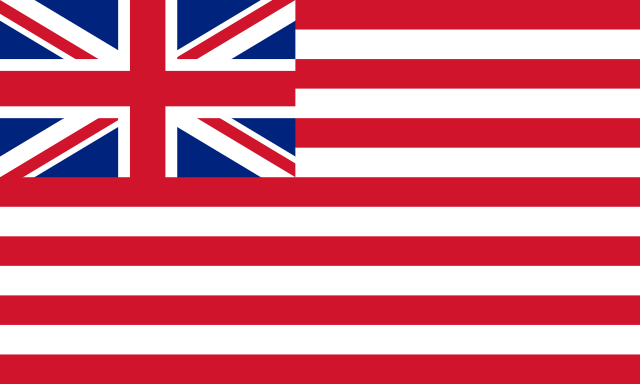 Anyway the point is that these guys had guns and ships and armies. And that’s who Bitcoin is up against.

And that’s not starting on the Dutch East Indian Company which had a catchy monogram logo like Bitcoin and also issued “dividends of 40% of the original investment”.

The tonnage of the returning ships rose by 125 percent in this period. However, the Company’s revenues from the sale of goods landed in Europe rose by only 78 percent. This reflects the basic change in the VOC’s circumstances that had occurred: it now operated in new markets for goods with an elastic demand, in which it had to compete on an equal footing with other suppliers. This made for low profit margins.

These Dutch brigands not only had private armies but the right to mint coin and created “corporate capitalism”, i.e. corporations greater/mightier than states. The VOC reign lasted from 1602 to 1784.

I’ll believe in Bitcoin when I see the private armies or military/police backing of Bitcoin by at least one of USA, China and Russia. Currently China has backed off, Russia is backing off (they’ve realised that Bitcoin is a poison pill controlled by US spook and treasury agencies) and the United States will regulate Bitcoin into just another security (which wouldn’t be a bad outcome – it’s just that as an “official” currency, Bitcoin is of little or no value – it’s value is as a counter-currency in which to transact illegal acts).

Given the size of the USA black economy (Afghanistan opium trade, Central/South American coke trade, illegal armaments), it’s quite possible that the USA will allow/force Bitcoin to flourish to give it an easy way to run a highly illegal and highly immoral counter-economy with which to launder its Pentagon and drug millions. Any large bad actor can be pinpointed and reined in instantly but this will be hidden from the rats running their petty market cycling profiteering (that’s anyone I know who is “investing” in Bitcoin).

This theory worries me too. Bitcoin is the missing piece in the illegal hegemony of the CIA and its globalist backers. Your investment may be a better one than I thought, for all the wrong reasons. Make sure you pay your capital gains tax and make sure you cover your margins at all times. The volatility could wipe out even a very astute forward position.