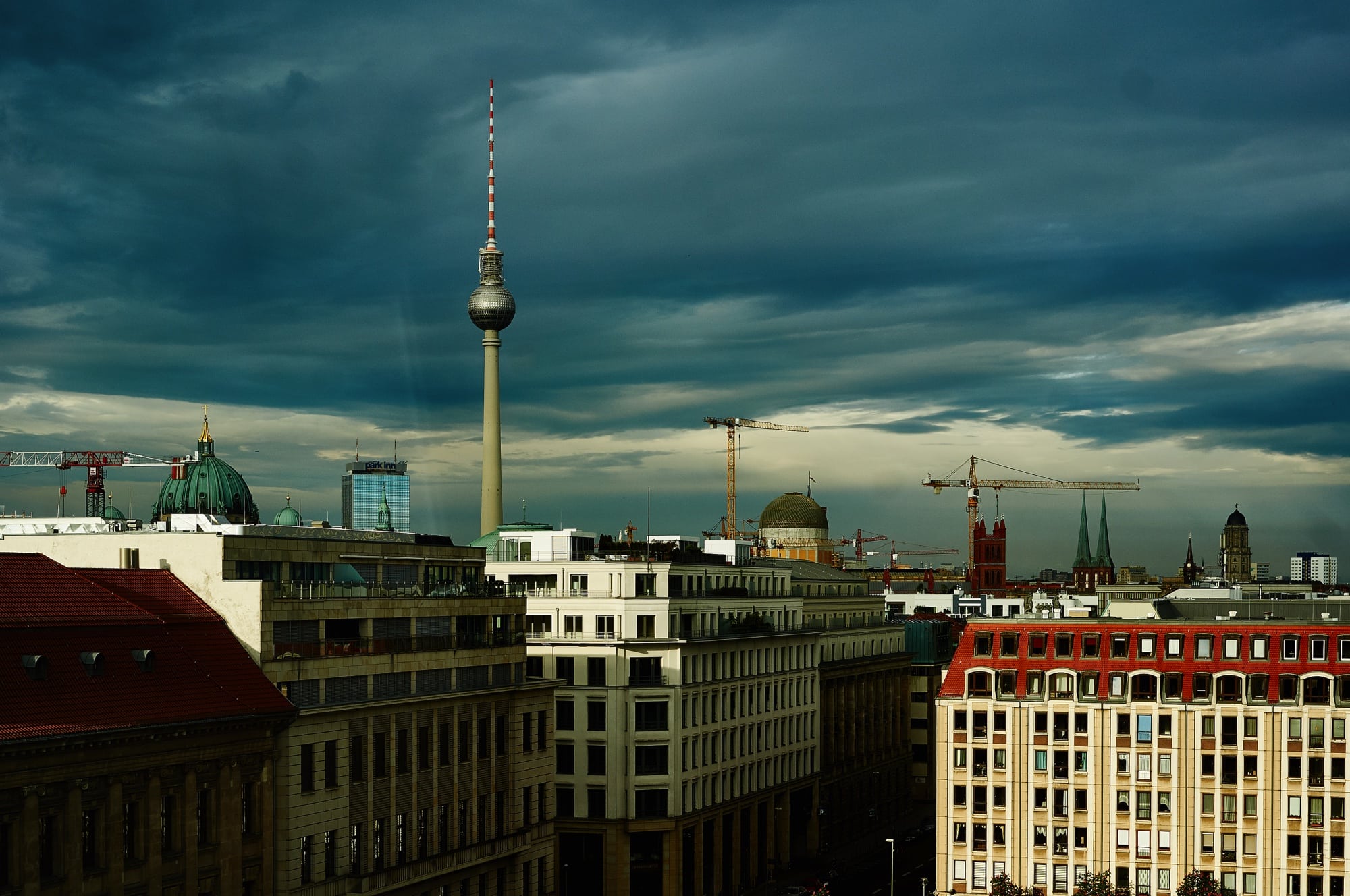 Last weekend I was in Berlin for the first time for WordCamp Berlin 2017, despite having met and collaborated with some talented Berliners like Luci van Org in my days as a dance film director. Visually I was astonished by the amount of concrete and glass. 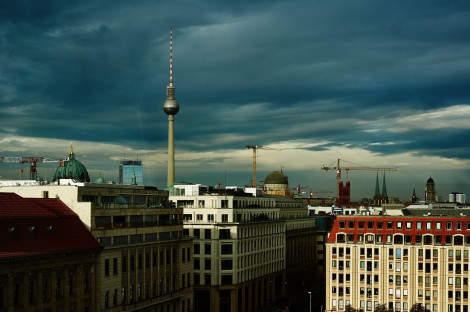 Berlin is also very flat, like Holland so it’s an ideal place to cycle. If you come to Berlin be sure to rent a bicycle immediately as the U-bahn is somewhat expensive (€2.80) and dark and smelly. Much less joyful than gliding along beside Berlin’s canals or through its huge parks on your way to your destination. 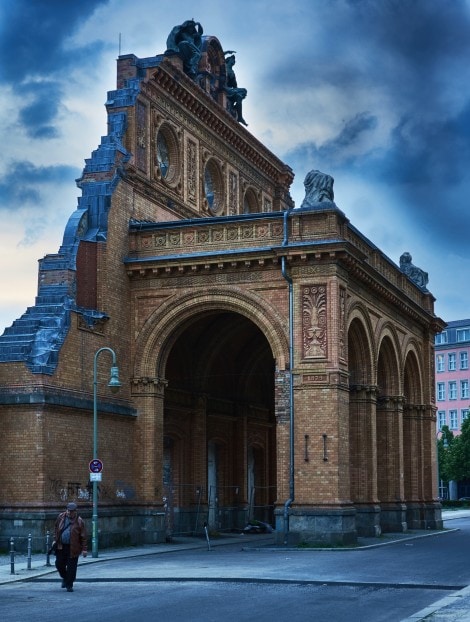 The main reason Berlin has so much more concrete than say Vienna or Paris – equivalent nineteenth century capitals – is of course the second world war. Vienna and particularly Paris were spared. Berlin was not. Between punishing air raids and Russian artillery there was little left of the incredibly rich architecture of Berlin. You find partial facades left as both a memory and a reminder. The Allies (American and British) enjoyed the destruction. Berlin stands as a permanent monument to consequences of defying London and Washington and federal reserve banking. Tripoli recently experienced more of the same. Moscow, Teheran and Beijing should take careful note and guard their alliances carefully. Washington and London along with the puppet governments of Australia, Canada, Germany and France would like nothing better than an opportunity to wreak the same havoc on those metropoles. 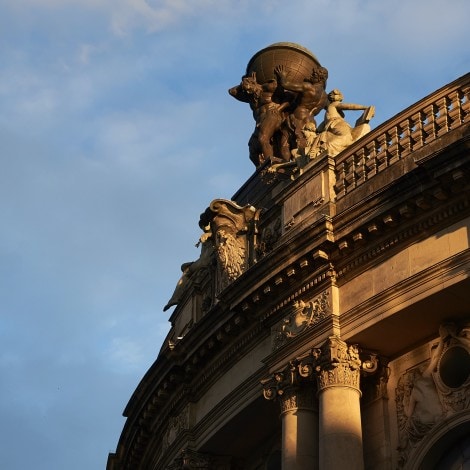 Berlin Weight of the World

If Berlin is any gauge, it takes a hundred years to rebuild a destroyed imperial capital to even a shadow of its former self.

Carthage must fall, declaimed the Senator.

And visiting Berlin in some ways is like treading the stones of Caesar’s partially rebuilt Carthage. Like Phoenicia, Germany may never be whole again. Huge parts are lost in Poland. Germany has only partial sovereignty since the Second World War with no final settlement of peace. The German government is captive to Washington and the secrets which the American alphabet soup have ferreted out concerning current leadership. Strange to see such a proud and capable people captives of a civilisation, historically in many ways its inferior.

There are still remnants of earlier grandeur like the dome at the Gendarmenmarkt. 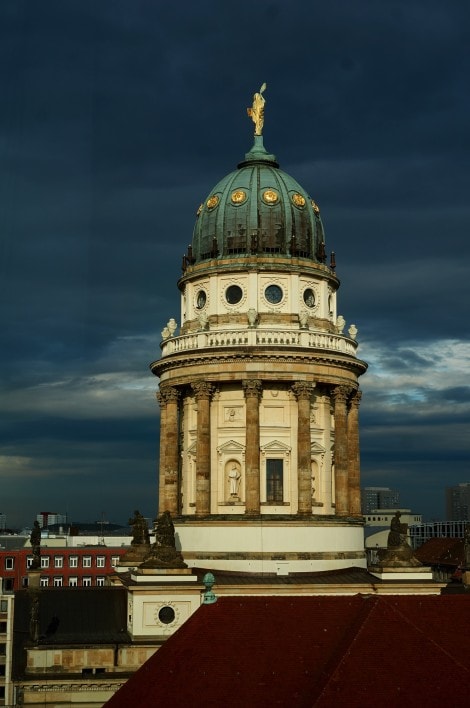 So much of Berlin is highly geometric, like even the quiet Besselstraße. 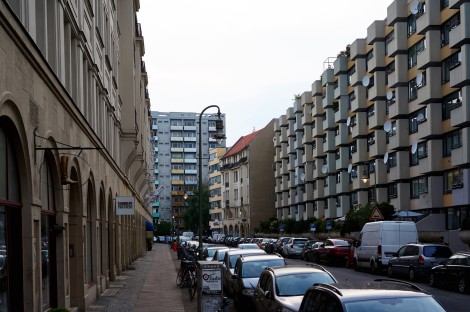 While Berlin is a cycling and hipster city, there are traces of Germany’s dominant car culture even here, with majestic top of the line engineering marvels from BMW and Mercedes parked on almost every street. 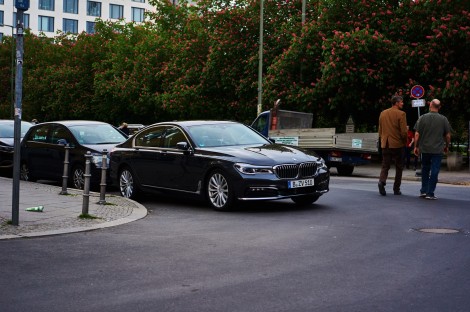 See top of the line German engineering on almost every street

What I liked very much is the aesthetic of the advertising. It’s remains functionalist all these decades later unlike French advertising which is all based on emotion. The appeal to functionality and clarity appeals deeply to me. 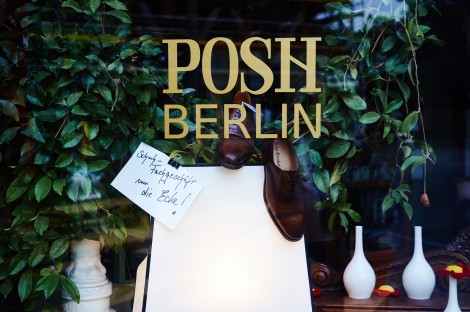 A Shoe Shop Window in Besselstraße

The facade of this entire building at Potzdamer Platz was under renovation and covered with painted canvas. Cleverly on top of the canvas there is a photographic ad of models on a beach in swimwear. The only real part of this facade are the lights which illuminate the ad! True you could see something like this in Paris but the execution wouldn’t be as flawless with a perfect visual match between the real lamps and the painted facade. 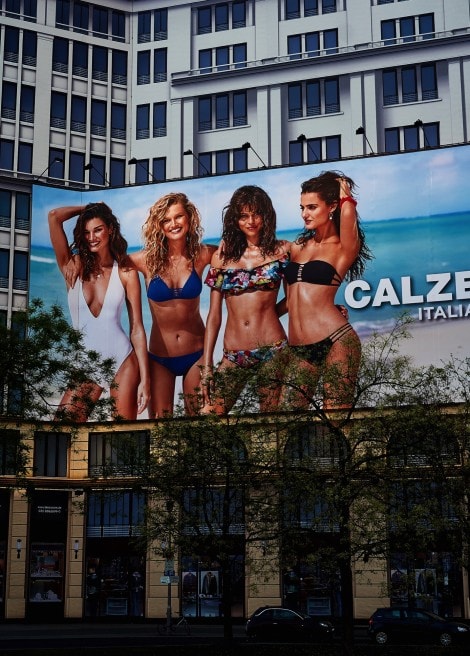 The other side of the building does the same thing but a red iPhone 7 is not nearly as arresting as these ladies. 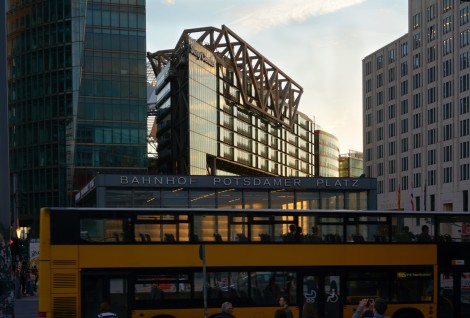 Whether at the Ritz Carlton. 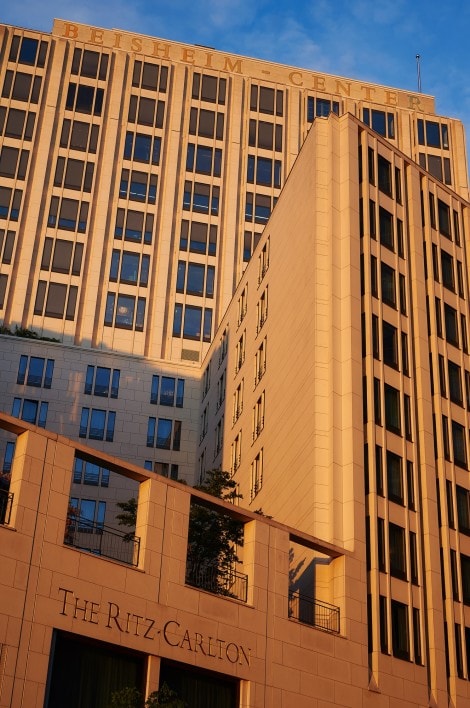 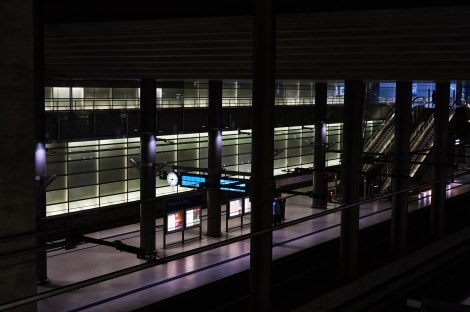 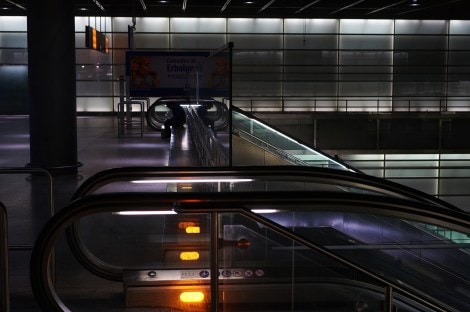 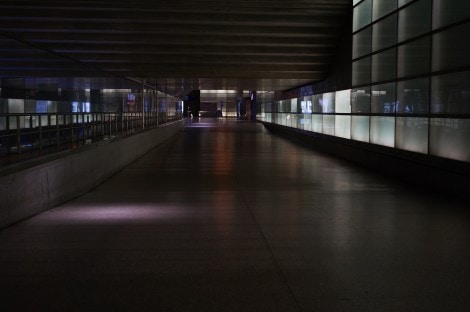 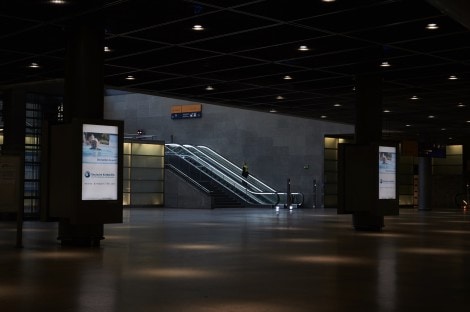 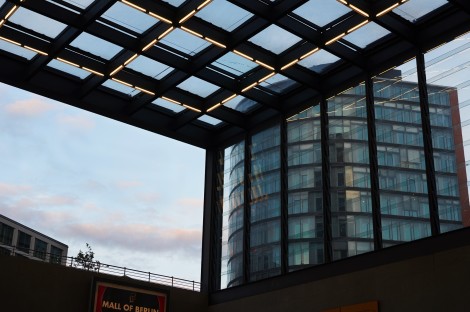 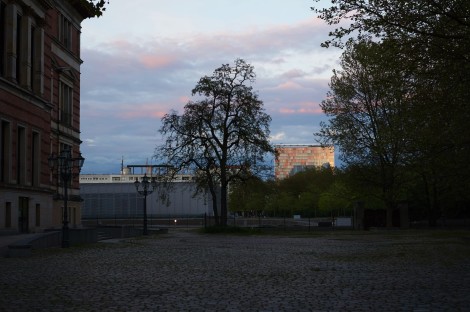 While Berlin impressed me with both its architecture and design in Berlin, sartorially Berlin underwhelms. People are as a whole horribly attired, as if they lived in some post-apocalyptic future where there are only tired leather jackets, denim jackets, dirty hoodies and every kind of nineties post-Soviet stone-washed jeans.

Men’s hair is dirty and uncombed, most of them wear neck beards on their three to twelve day stubble. Most of the women’s hair is not in much better shape, half combed out and flyaway. There’s probably not a place in Europe with a harsher no makeup policy. Perhaps even less than Toronto. This works well for a minority but leaves the majority defenceless in front of nature.

If you are wondering where they photos of badly dressed and worse groomed men are, neither taking nor posting photos of people looking their worst would be unkind. Despite the catastrophe on the clothing front, I don’t mean to sound too negative about Berlin. There are beautiful women, if on the surface their demeanour is a bit austere. Native Berliners like Karoline Herfurth are clever, engaged and passionate. 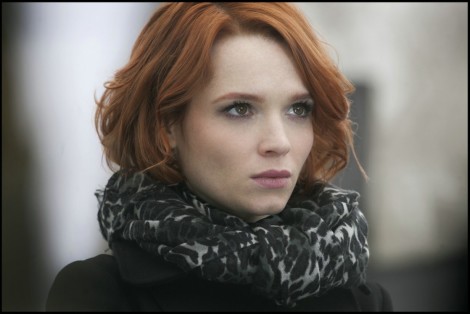 As an actress, Herfurth is excellent in In Winter Ein Jahr (2008) while she brings depth and glamour to Wir Sind Die Nacht (2010; a guilty vampire pleasure of mine) and Das Wunder von Berlin(2008). In the English speaking world, you may remember Herfurth from her supporting role as Dani Wirth in Brian de Palma’s otherwise forgettable Passion (2012). Sadly her best known film is the very vulgar and modestly amusing Fack ju Göthe (2013). Shamefully Herfurth signed up for chapter two but happily had the good sense to refuse a third outing for the lowbrow franchise.

In addition to her work as a performer, Herfurth has already written and directed a well received full length dramatic feature SMS für Dich (2016). This is all by the age of thirty two. If you can stand strong opinions in your women, Berlin is a great place to go for a fascinating argument with an intelligent and talented member of the fairer sex.

All photos apart from the portrait of Karoline Herfurth by the author. Licensed under Creative Commons BY-NC.