According to your orders, the children were trampled to death beneath the hoofs of our horses; their women were slaughtered….

2 Comments
Staffordshire Hoard: Not a Mercian Mystery but the Treasure of Treachery 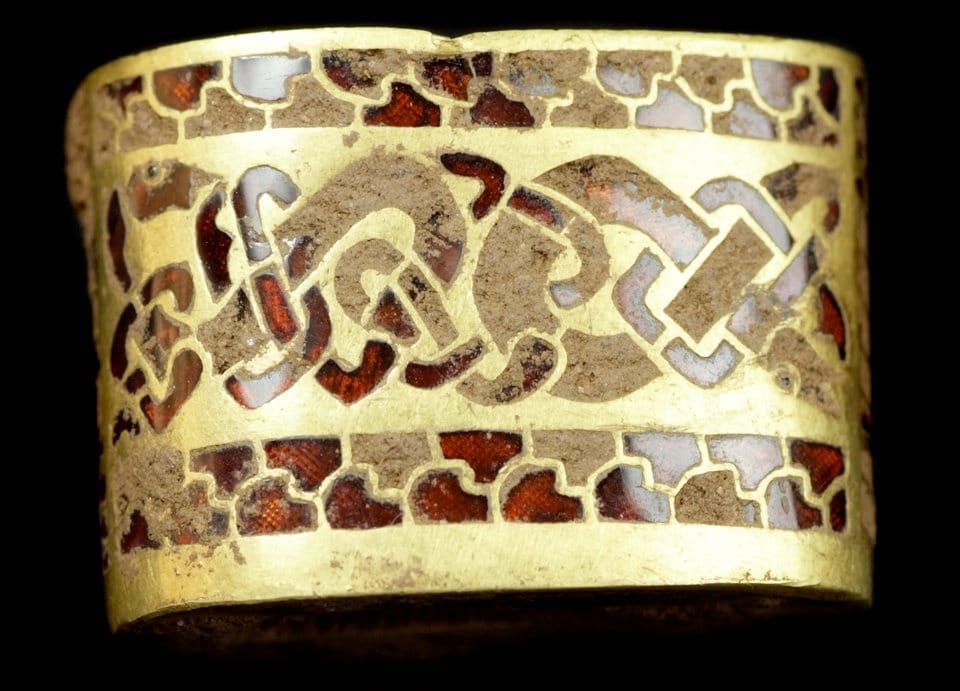 Staffordshire Hoard: Not a Mercian Mystery but the Treasure of Treachery

Amazing what historians can’t figure out. The guys who wrote the Keys to Avalon would like to attribute the construction of Offa’s Wall to Romans despite all evidence to the contrary. Offa was the king of Mercia which has since become Middle England. He built a wall between Wales and his realm.

A more recent discovery from the Mercian period is the magnificent Staffordshire Hoard. Historians can’t figure out why such a rich deposit was buried in the ground and forgotten. In the deposit, there are largely purely martial items. Sword pommels, sword hilt fittings, shield fittings.

The blades and shields themselves are not among the treasure. 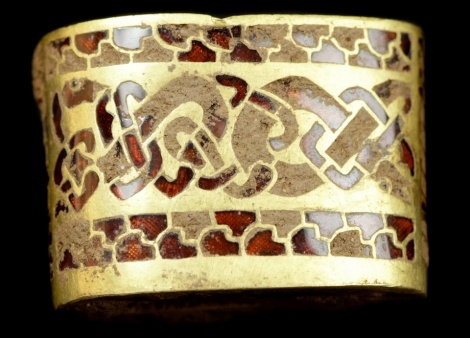 It’s pretty clear what happened here. It was a band of soldier assassins, probably sent from a rival duke who wailaid the bodyguard of another thane. Their mission was covert – they could not be seen with items which identified them as the murders. So they immediately removed the fittings, stuck them in some kind of bag of cloth or leather and buried them in the ground. They marked the spot to come back to recuperate the items much later, when their identification as the murderers would cause no grief.

Enjoy not having a heart attack, reduced stress levels and lots of good cups of tea and great glasses of wine 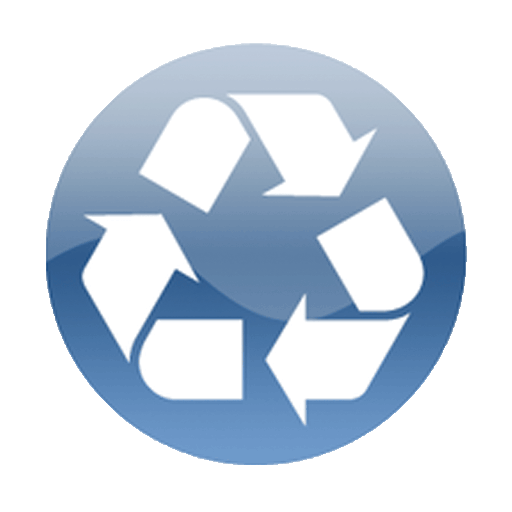 The first thing you see these days when you walk out on the main alleé in Bratislava, is a huge advertisement across the front of the opera house for an ultra modern show. The image is of a woman looking up, surrounded by what appear to be mystical creatures. The name of the show: Everest.

I was certain that the very sexy poster – all over Bratislava – was for a visiting performance, an updated Lord of the Dance. But I was very wrong. Everest is home grown.

After two years in Bratislava, Slovak National Ballet Director Mário Radačovský has staged his second full length evening work. His first Warhol was a strangely mainstream look at an artist who was a determinedly avant garde. I’m not sure if others ever made more sense of it than I was able. Warhol was one of the first productions to grace the new stage of the Slovak National Opera (SND) and did properly fill the grandiose new space with its three story decorations. 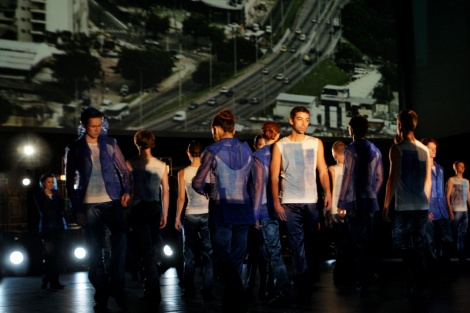 Soloists and Choir During Everest Ballet of SND in Bratislava:
multimedia plays a huge role: notice the large projection

With Everest, Radačovský has set his sights far higher. Everest seeks to communicate four stages of existence: life, death, after-life and resurrection. But the theology is definitely more pagan than Christian. Everest begins with the crawling and fluttering of Lemurans, the half-animal half-man inhabitants who antedate Atlantis. 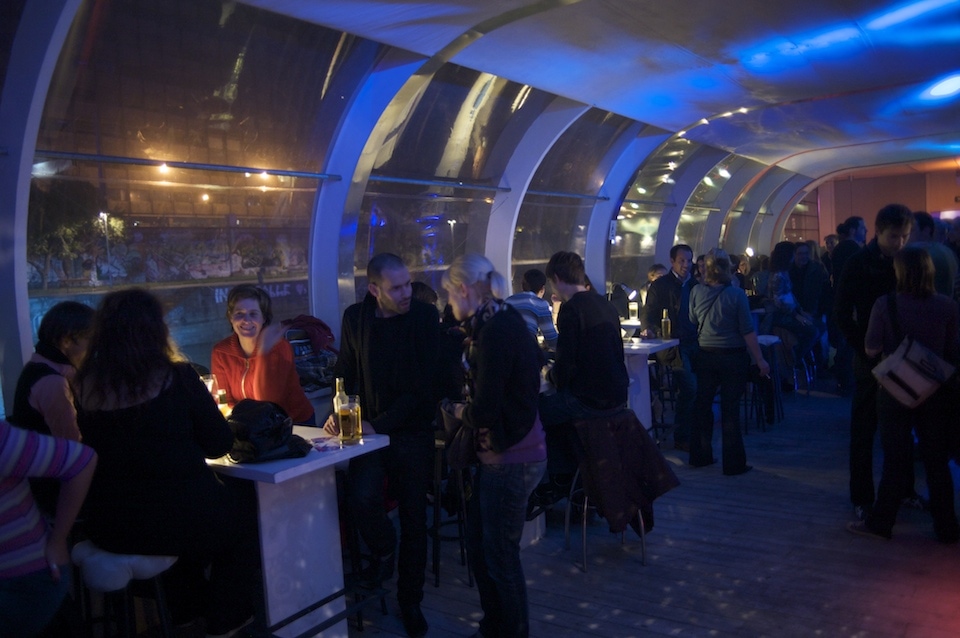 Managed to catch some Viennale films and a couple of Viennale parties.

If you get the chance, I’d recommend to do both.

While I was at the Soul Powered evening on 31 October I managed to snap some photos both upstairs and downstairs. 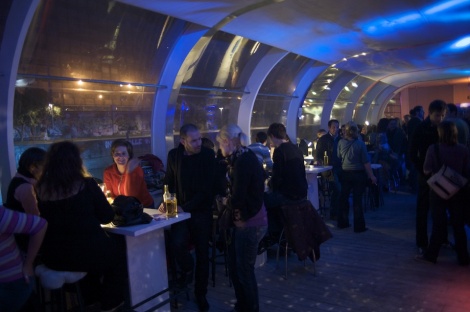 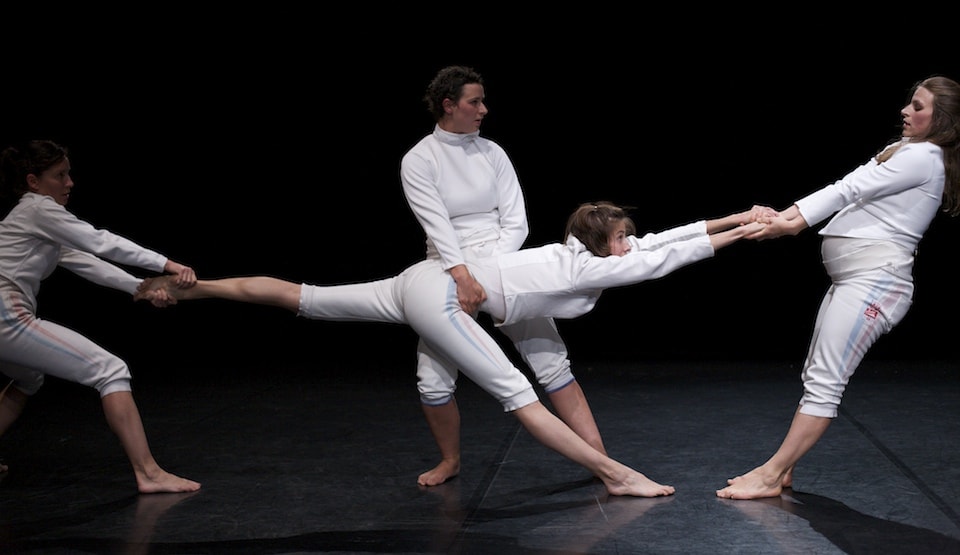 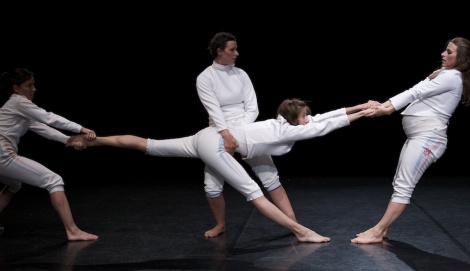 Agata Maszkiewicz torn by fellow dancers in Komposition:
Anne Juren’s simple and poetic co-creation was the highlight of the evening

If nothing else, the season opener at Tanzquartier was extremely ambitious. Ten different performance venues in the TQW Studios, Halle G, Jungl, museumquartier21, the courtyard of MQ.

There were over twenty different performances in these venues starting at six. The performances offered a cross section of almost everything we’ve seen in TQW in the last five years. The evening was meant to be more inclusive than exclusive, a chance for the new director to work with all the resident choreographers and performance hangers on of TQW.

I managed to see about seven different shows. Here are my impressions.

Leica’s S2 and the death of the R

So Leica is coming late to the medium format camera and killing the R. What are they thinking of? Leica has a reflex camera: the…

Trisha Brown – Three Works: You can see us, Foray Forêt, Set and reset

By bringing back works from Anna Teresa de Keersmaeker and Trish Brown, Karl Regensburger give young artists a chance to see what the excitement about dance is.