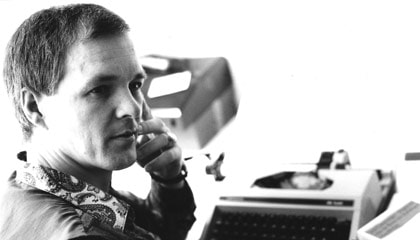 John Leake’s book is one of those page turner pulp fiction works about the evil doings of a perverse and sadistic serial killer where the killer is always one step away from the police and doesn’t pay for his crimes.

Except it’s all true. The hero of the Vienna Woods Killer is one of the most loathsome souls to ever tread this planet. Hitler and Stalin and Beria’s soul tied up in the flesh of one nasty small chap from Styria by the name of Jack Unterweger. 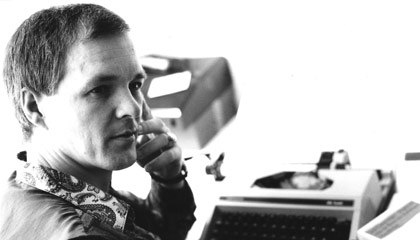 One of the difficulties of the story is where to begin… Should one start at the beginning with childhood and growing up? A bit drab. Or should one start near the end to raise interest and then flashback to the end.

Leake does neither. He starts somewhere in the middle and wanders forwards and back as suits the narrative. I started reading the book in the trial chapters (about two thirds) so my way through should have been even more confusing. Strangely starting in the late part of the book and then reading the middle and then the beginning wasn’t at all disturbing. A lot of the early ground was covered quite late. I was more interested in Unterweger’s celebrity games on his release – how he played Vienna’s literary and bohemian society for fools. Those escapades were well covered.

What concerns me about a book like this is that the lead character has no redeeming characteristics. Yes, he has charm and he has moderate literary gifts (seven plays and two fictional autobiographies, most produced, some best sellers). But those gifts were only ever used for deceit or manipulation. Unterweger’s primary and primal goal in life was to have the possibility to kill young women, usually after copulating with them.

He liked the feeling of power of watching life ebb out of a woman as she begged him for a mercy never to come. There were a few survivors so we know exactly how this monster went about his business. He usually targeted prostitutes but that was more a matter of circumstance. It’s nigh impossible to get away with killing people you know (more than once at least). A serial killer who wants to kill repeatedly and not get locked away should always target strangers and there are none more vulnerable than sidewalk hookers. As Leake writes: "Street prostitutes are the only women in today’s society who will get into the car of a stranger willingly."

So after spending more than three hundred pages with a monster like Jack Unterweger, how is one better enlightened or prepared for life? As a cautionary note, Perrault’s Little Red Riding Hood for the 21st century. The abstinence societies in the US should buy The Vienna Woods Killer in quantity and give it to all the girls between twelve and seventeen. They’d really think thrice about getting into a car or slipping into a restroom with a hot and bothered boy or man.

The Vienna Woods Killer could be useful to law enforcement agents as a detailed case study of how a serial killer or even serial criminal can slip between agencies and end up free to strike again. The Vienna Woods Killer could be useful as propaganda for the three strikes and you’re out crowd who believes once a criminal, always a criminal, lock ’em up and throw away the key.

Worse and less ironcially, The Vienna Woods Killer could be used as a serial killer’s handbook. This Jack Unterweger guy was pretty good at it. He managed to successfully ply his trade in five cities, three countries and two continents.

For someone who is trying to make a better world or would like to believe in the good of mankind The Vienna Woods Killer has nothing to offer except darkness and pain.

The quality of the prose cannot redeem the subject matter. If you love life and/or humankind, I would recommend you stay far away from Jack Unterweger and The Vienna Woods Killer. I hope John Leake finds a more inspiring tale on which to use his considerable talents of forensic journalism. There are any numbers of cases of liberation movements suppressed by international intervention or multinationals pillaging a community. Something like the research behind Silkwood or Julia Roberts’ lawyer character.

In my particular circumstances as a foreigner strongly tied to Vienna and its bohemian life, I found the historical prism into life in the early eighties and nineties of significant professional interest. If The Vienna Woods Killer is accurate, curiously Vienna hasn’t changed much. I don’t yet share John Leake’s contempt for the Vienna pseudointellectual glam bohemia (schikerei he calls them) but perhaps I just haven’t been in Vienna long enough.

I know enough true stories from the last couple of years which might gradually persuade me as well. There’s a guy who didn’t sign the rent contract ("my name isn’t spelled right") and then changed the locks on his landlord. Abusing the pro-tenant laws of Vienna, he paid half the official rent for three years before he was finally evicted. A good Viennese family – for what that’s worth. But that is a tale for another day…