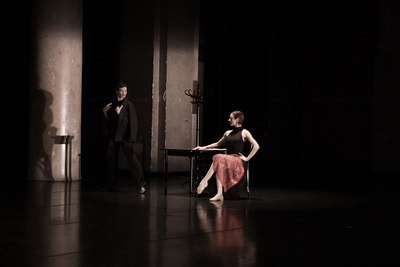 The second piece of the evening was a clear dramatic story by first time Serbian choreographer Vesna Orlic. Ms. Orlic has been with the Volksopera since 1987 where she has been a first soloist since since 1995.

In Buenos Aires Hora Cero, Ms. Orlic presents a man caught between two women. One appears to be his loving if angry wife (danced by Vesna Orlic herself) and the other is his passionate if sometimes emotionally indifferent mistress (Ekaterina Davydova).

The wife’s part is more interesting choreographically and Ms. Orlic dances with considerable character and fire. 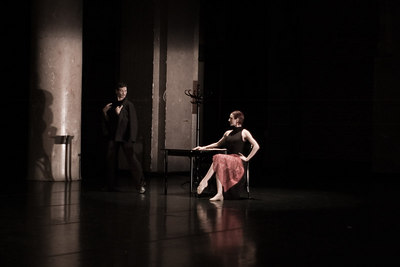 The male dancer caught between these two women was thirty-seven year old Harald Baluch who was a soloist at the Volksoper until this year when he was let go rather abruptly during the merging of the two companies. If Harald Baluch wanted to show that director Harangozó had made a mistake, he got his chance and took it. 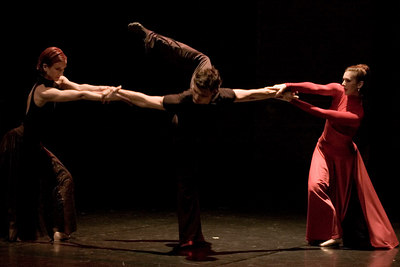 Mr. Baluch was strong and handsome and accomplished and athletic in his role as the divided man. We see him ignoring his wife, supplicating his mistress and we believe his every move. Such a role could end up being extremely antipathic – lousy husband, abused lover – but in Mr. Baluch’s capable hands that never happens. He holds the piece together. 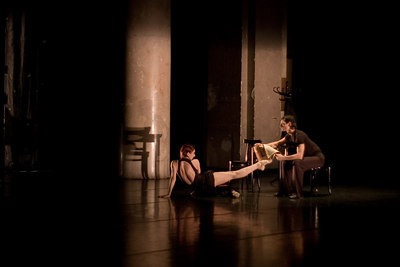 That Ms. Orlic chose to showcase a man in her first work was interesting. So much work is done on the danseuse and her feelings it is nice to see a man’s feelings center stage for  once. 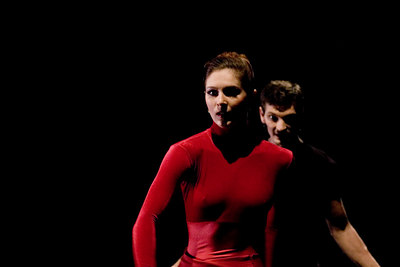 While Ekaterina Davydova is quite lovely and a good physical casting for the mistress, she was a little too cool in her presentation for my taste. A more electifying presence would have been better. But Mr. Barluch pushes her hard and we are convinced. 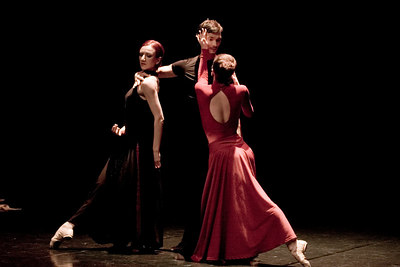 Once more a weak spot of the piece was music. Once again we are in the overripe hands of Astor Piazzolla. The well-worn music took what could have been a quite excellent if slightly dated piece down a couple of notches. But at least the subject and the music were matched this time.

For some reason, Buenos Aires Hora Cero made me think of Dmitry Brantsev’s work with Ekaterina Maksimova and Vladimir Vasilyev – Galatea (Pygmalion). Or vaguely reminiscent of what Maya Plissetskaya might have once been dancing with Maurice Béjart. In any case, it seems to belong to another epoch, less deconstructed than this one.

This is not necessarily a bad thing.