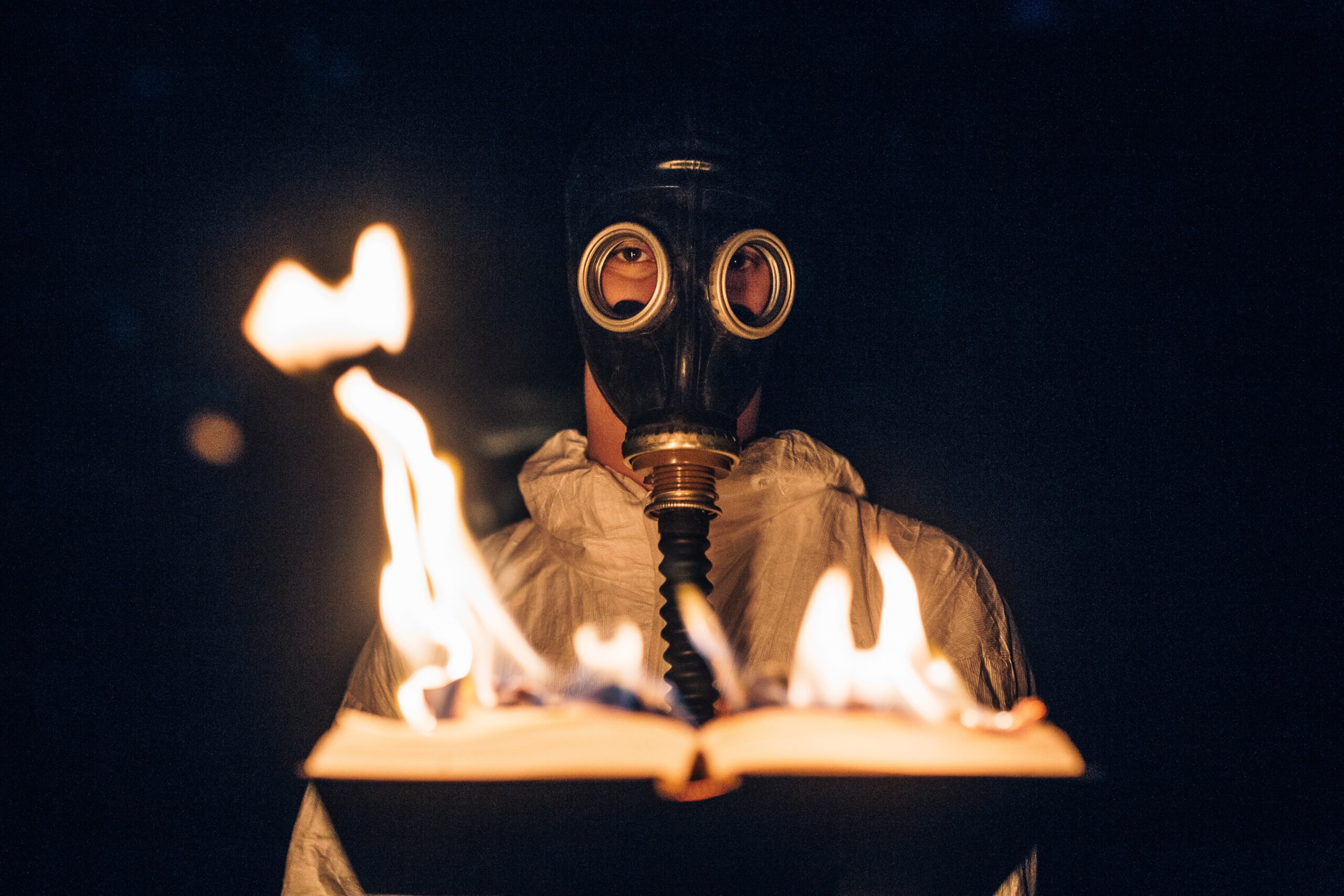 At least a whole lot of people can now answer the question of what they would have done in Germany as the Nazis came to power — resist, or be a good German.

The answer to that question we now know is very little. As Goebbels noted, the masses are easily led. Even in a country like the United States with a tradition of free speech, it appears free speech can be more or less suppressed both socially and legally within a single generation. What’s worse is how few people seem to care.

“If it keeps us safe from [Terrorists | Trump | Republicans | Libertarians], then I agree. I don’t need free speech.” I’ve heard this grovelling for safety by censorship in these words from at least four adult North Americans in the last year.

What is at the the root of the loss of critical thinking? SDShack has a theory:

Idiocracy. People literally have a 5 second attention span. There is no way you can engage any critical thinking processes when you simply flip from one video/audio stimuli to another. This is deliberate programming and nothing else. Only breaking the cycle will allow for any chance at returning to a functional society, which is why TPTB have gone all in on doing EVERYTHING to maintain their brainwashing.

Indeed, it is shocking at how difficult it is even for trained critical thinkers to maintain their concentration in the Social Media Age. Raising generations to be unable to sit and concentrate and think for themselves is extremely frightening.

Well known psychological fact that people go for the easy option and the easy option is to trust the government and do what they say. Same people who gave you Thalidomide and Mad Cow Disease.

The language of the question is important runningman18 reminds us:

The poll says they support censorship of “misinformation”….that’s how they rig the stats. How do they define “misinformation”? Anybody polled would interpret it differently according to their politics. Democrats are so dumb and indoctrinated they think there is actually such a thing as “hate speech” and they think it’s legal to ban it. Of course they think “misinformation” is legal to ban also. What if the poll asked them “Is it okay to censor information?” It’s all about how censorship is presented. Despotic governments always present it as a “greater good” situation….

The goal here was clearly to present that most or nearly most Americans support censorship (“suppression of misinformation”). Poll seems to have been weighted in an unrepresentative way according to JimmyJones:

if you look at the method they are giving weight to minority respondents and sampled way more Dems, as usual. By doing that, especially now with weighted values they can make the poll reflect anything.

So it’s a nonsense poll created to manufacture consent for censorship. As G.W. Bush would say about the Iraq war in May 2003, Mission accomplished! G.W. Bush would follow that up a month later in Afghanistan: “America sent you on a mission to remove a grave threat and to liberate an oppressed people, and that mission has been accomplished.”

Perhaps free speech is not as dead as the Jack Dempsey, CNN and the Democrat party would like us to believe. As Afghanistan’s tribes eventually liberated themselves from the foreign imperialist yoke, with persistence and over time guerilla thinkers can bring critical thinking and open debate back to Western society.