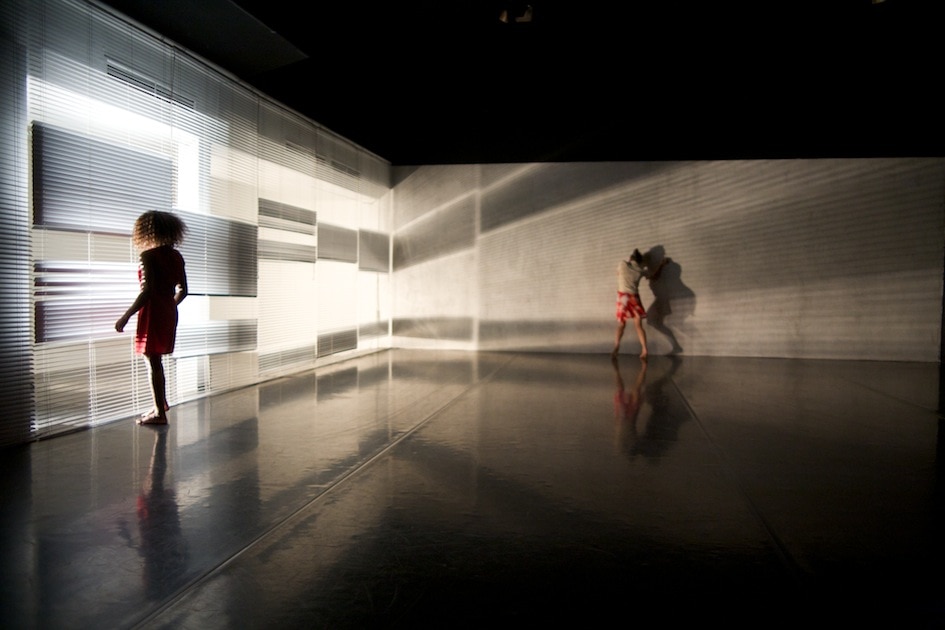 Elio Gervasi is the great master of movement among the Vienna choreographers. His work is usually musical, the light design exquisite and artistic direction provoking. Gervasi has a talent to take simple daily objects and make them special. 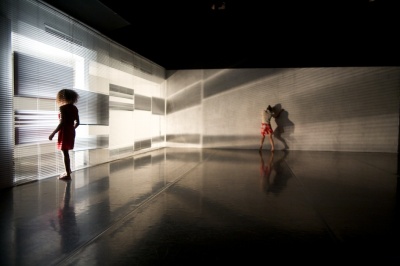 And so it is with Geckos.

Here we meet in the rehearsal hall on Laxenburgerstrasse. The ceilings are a bit lower than in a full theatre, the seating more limited. But no matter, Markus Schwarz’s light makes the space bigger, pouring light through blinds set up between a side room and the main rehearsal space. 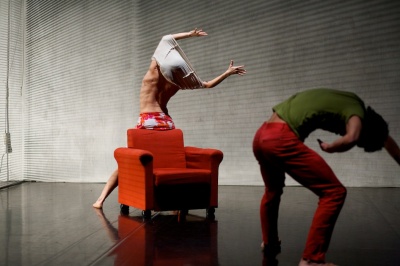 The décor is a single red armchair which serves as a place for lovers to sit together, for one lover to miss the absent one and for another as a cliff from which she considers self-destruction. 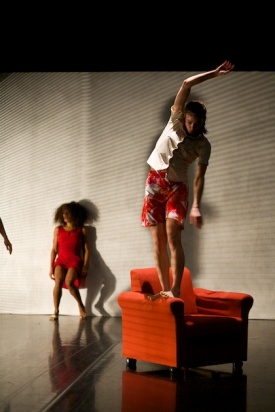 All three begin pinned up against a wall in a very peculiar way. 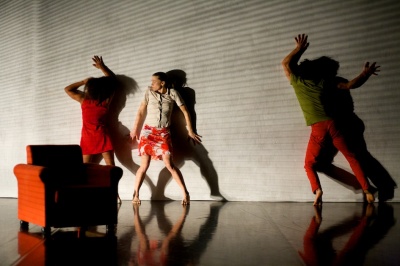 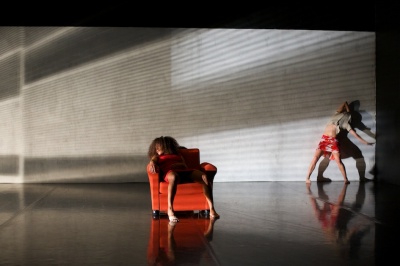 Throughout these divagation of the relationship, the dancers express their feelings for one another or their feelings alone through steps and movement. 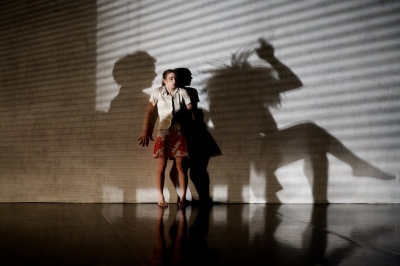 Each dancer is on a trajectory of his or her own which leads to a somewhat symphonic emotional impression. 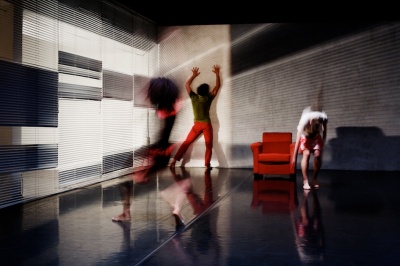 Geckos lasts an hour but it feels like half an hour, as one just sits back and lets the steps and the emotion of the dancers take over. The sophisticated atmospheric track from Albert Castello helps. While the atmospheric soundspace is neither melodic enough nor innovative enough to make the listener want to take it home, within the space and context it is excellent. 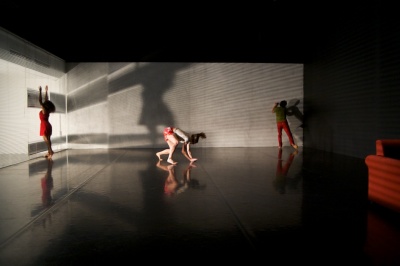 Despite these strong points, Geckos has several weak points. One feels that Gervasi could intervene more forcefully with his dancers. For instance, Leoni Wahl’s steps, while absorbing, are another variation on what Gervasi regulars have seen for many years.

As brilliant and energetic a dancer as Wahl is one feels that her movment is becoming too self-referential.

One sometimes wishes that rather than developing the dancers own expression again, Gervasi would impose his own order on them. In line with a desire for greater specificity, I felt that the libretto could be more developed: more precise emotional moments in a story more deliberately told. But a clearer storyline is not as important as a clear choreographic vision.

For the moment, it would do no harm if for a few pieces, Gervasi and Wahl’s shared exploration of movement yielded to a clear and trenchant choreographic language.