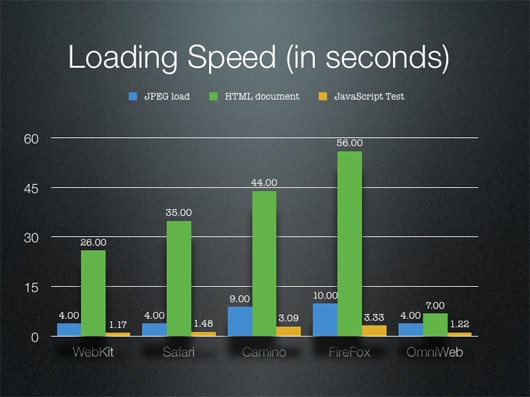 Turn Flash Off in OS X: NoScript for Firefox and SafariBlock for Safari

One of the banes of the modern web are Flash advertisements. They are popping up all over the place, from the New York Times to our beloved MacSurfer.com. I have nothing against advertising but I don’t like anything which makes it impossible to read or difficult to work on one’s computer.

I’ve been searching for a way to easily turn flash off yet keep my computer stable. With the amount of Flash video turning up on the web, I am not as tempted as I used to be to just rip the Flash code right out of my plugin folder.

In any case, for work reasons, I have to keep Flash around just to see what other people are doing with their sites.

Until two weeks ago, I still hadn’t found anything lightweight to kill Flash in either Safari or Firefox, my two primary browsers. But good things come in twos. There are two great plugins to kill Flash, one for Firefox and one for Safari.

Amazingly enough, neither have destabilised my browser.

Minus the flashing lights and used car salesman in the side bars, I might even start liking the web again.

I was trying to deal with a javascript problem in Safari while working over an invoice in the excellent Freshbooks. I was wondering if there wasn’t a better javascript browser under OS X. I found this lovely performance graph over at Macintalk.com. 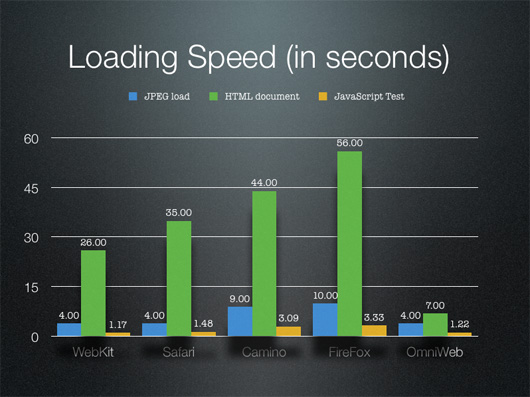 There was a lot of talk about web browsers, quite boring really, unless you are a geek or a web developer. But there was one gem in there:

I keep trying to leave Firefox, but I can’t browse any more without the noscript extension. Even on Linux, Firefox is a dog, but noscript is just too good to browse without. (At least Firefox is a universal binary now). Noscript disables all javascript by default and allows you to easily turn it back on on a server by server basis. Adblock is good, but lots of browsers do that now. noscript seems to be unique.**

Here is a link to NoScript.

Most media sites seems to be programmed by horned devils these days. There must be seven scritps running per page. Frankly even our own sites have too many (2) javascripts running. Frankly 90% of these scripts are useful to the people who wrote them but no use to the visitor. They slow down page loads but even worse they cripple the visitors computer, causing CPU loads to spike for minutes at a time. Even my dual processor G5 2.5 GHz regularly shows processor load of 30% to 80% just browsing with Safari or Firefox.

But turning off all javascript all the time isn’t a very good option for somebody who uses productivity sites, like our project management system or Statcounter or our current photo solution.

I had never realised there was a tool out there to allow the user to selectively allow scripts for certain sites and turn them off for all other sites.

Even more astonishing than ScriptBlock’s script blocking capabilities is its ability to block flash. With just a simple checkmark all flash is gone from Firefox unless you click on it: 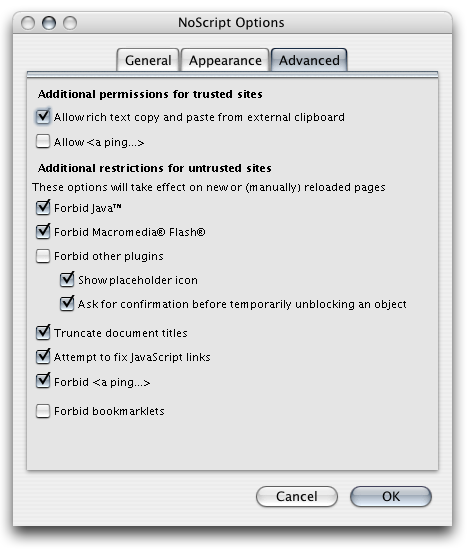 All past flash blockers I’ve looked at for Firefox have been buggy and top heavy.

If you are looking for lightweight flash blocking in Safari, look no further than SafariBlock. If anything Flash is even more pernicious in Safari than in Firefox as Flash well and truly cripples Safari. A single Flash page lurking somewhere in a background tab and your computer is brought to its knees, difficult to even switch between tabs to find the offending animation. 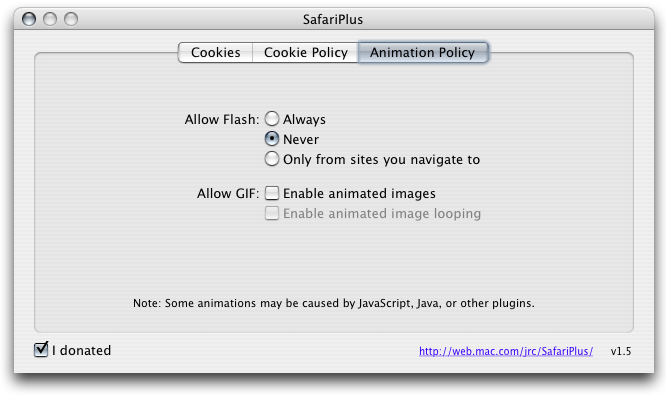 Flash in Safari gone as well.

Yes, I did donate. And if you hate Flash, you should too.

* Frankly I don’t find Omnniweb as fast as that nor Firefox as slow as that. But this test was performed with just a single page open so it doesn’t really reflect real world browsing. At lesat not for me. I rarely have less than ten tabs open.

**I don’t agree with the poster about Firefox. The web development extensions are a godsend. But for speed reasons, Safari has become my default browser. I have keyboard shortcuts to switch back and forth between the two browsers and stay on the same page.