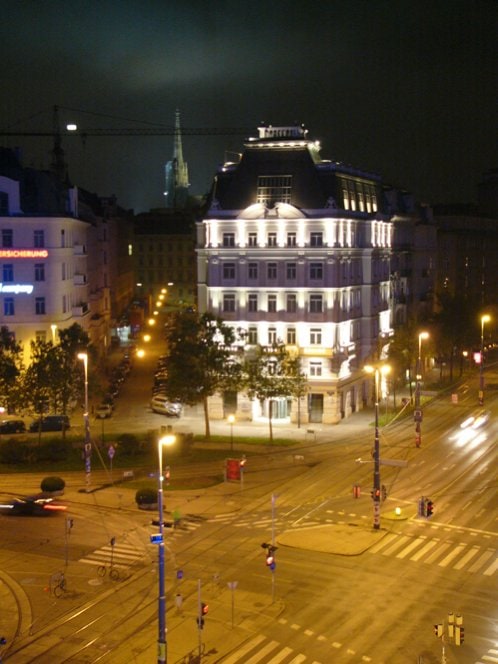 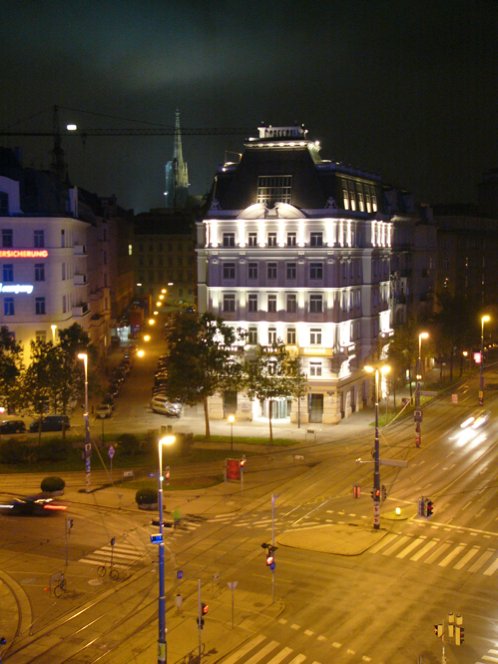 this is the view from the Urania hotel (Viennale film festival centrale). you are looking at stephansdom – the central cathedral in catholic austria – in the background. the wide road runs parallel to the danube (donau river). about midnight. 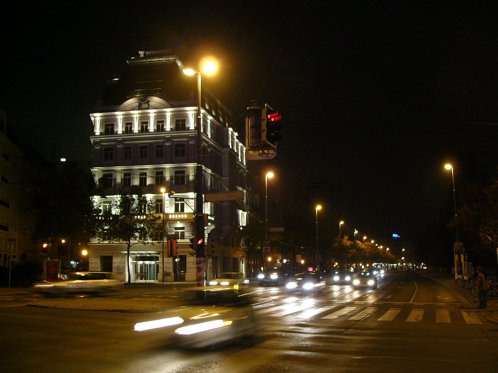 this is the same raab platz but from ground level. 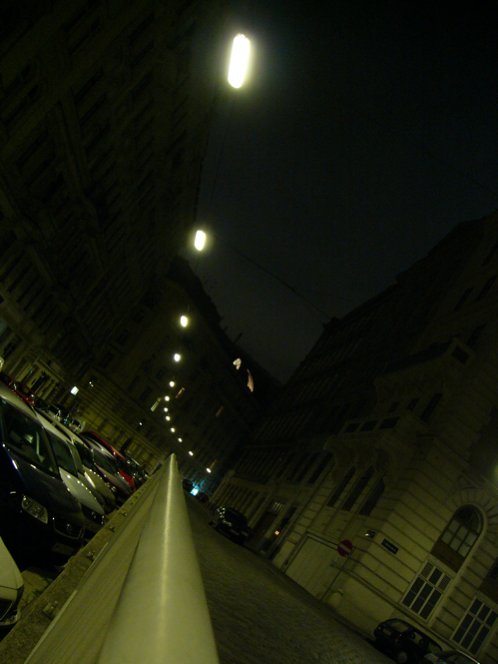 there is a wonderful sloping symmetry to these center hung street lamps in the viennese streets. 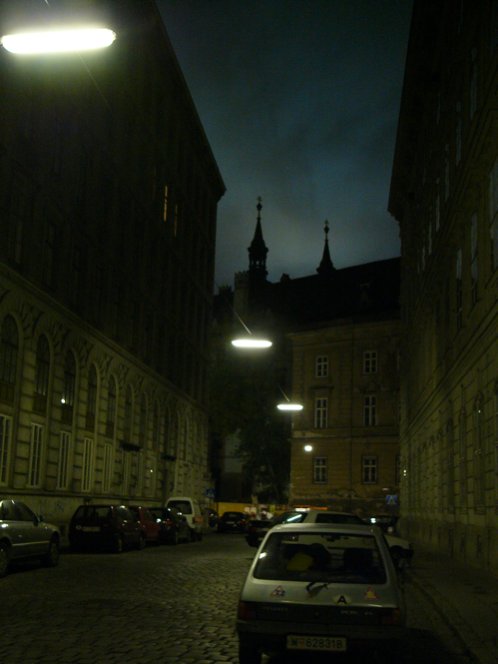 the ancient catherdral stephansdom towers over the center of the city, unlike almost any other modern capital, dominated by more modern buildings. bordeaux has something similar with st michele, but bordeaux is not a capital. here stephansdom peeks out of the ruelle barbaragasse. 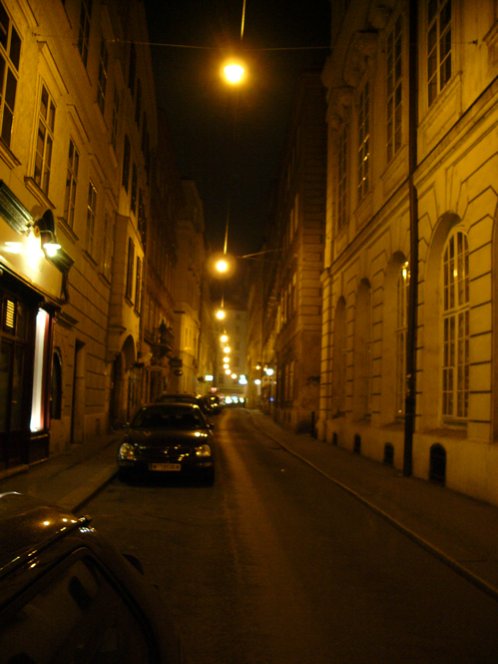 backergasse is filled with bars and the next street with old brothels – most of them legal and licensed like chez josephine. it’s not just atmosphere. the vienna of shakespeare’s imagination in measure for measure returns to these streets. although mistress quickly’s house was in the suburbs and not in the inner city (ersten bezirk) as we are here. pompei informs her that all the bawdy houses in the suburbs are to be torn down. 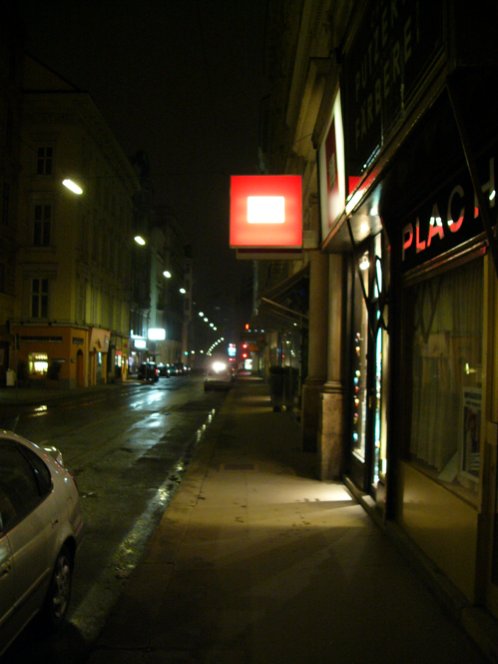 on the other side of rotenturmstrasse (extension of kärntnerstrasse, the central street of the city) and up from the river, nightlife is somewhat more tranquil. this is tuchlauben glowing softly at night.

what is striking about vienna at night is how safe it is. unlike many european capitals or most of the american cities, women walk home alone, even late into the night. the tranquility of the night is a wonderful attribute. it makes one think that the much maligned viennese police force must be doing something right.

these pictures will open up into very large versions if you click on them. unless you are on high speed i do not recommend doing so.