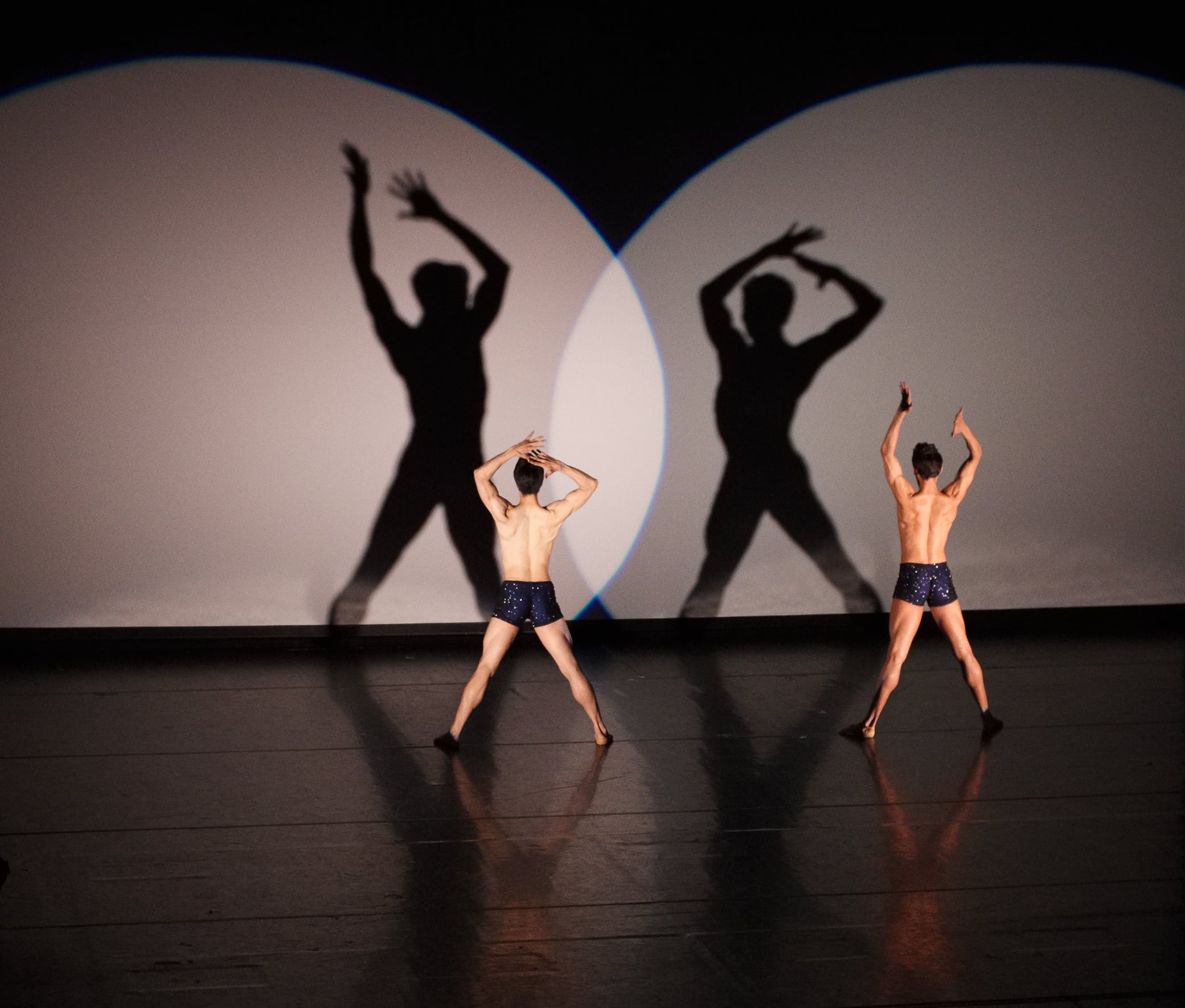 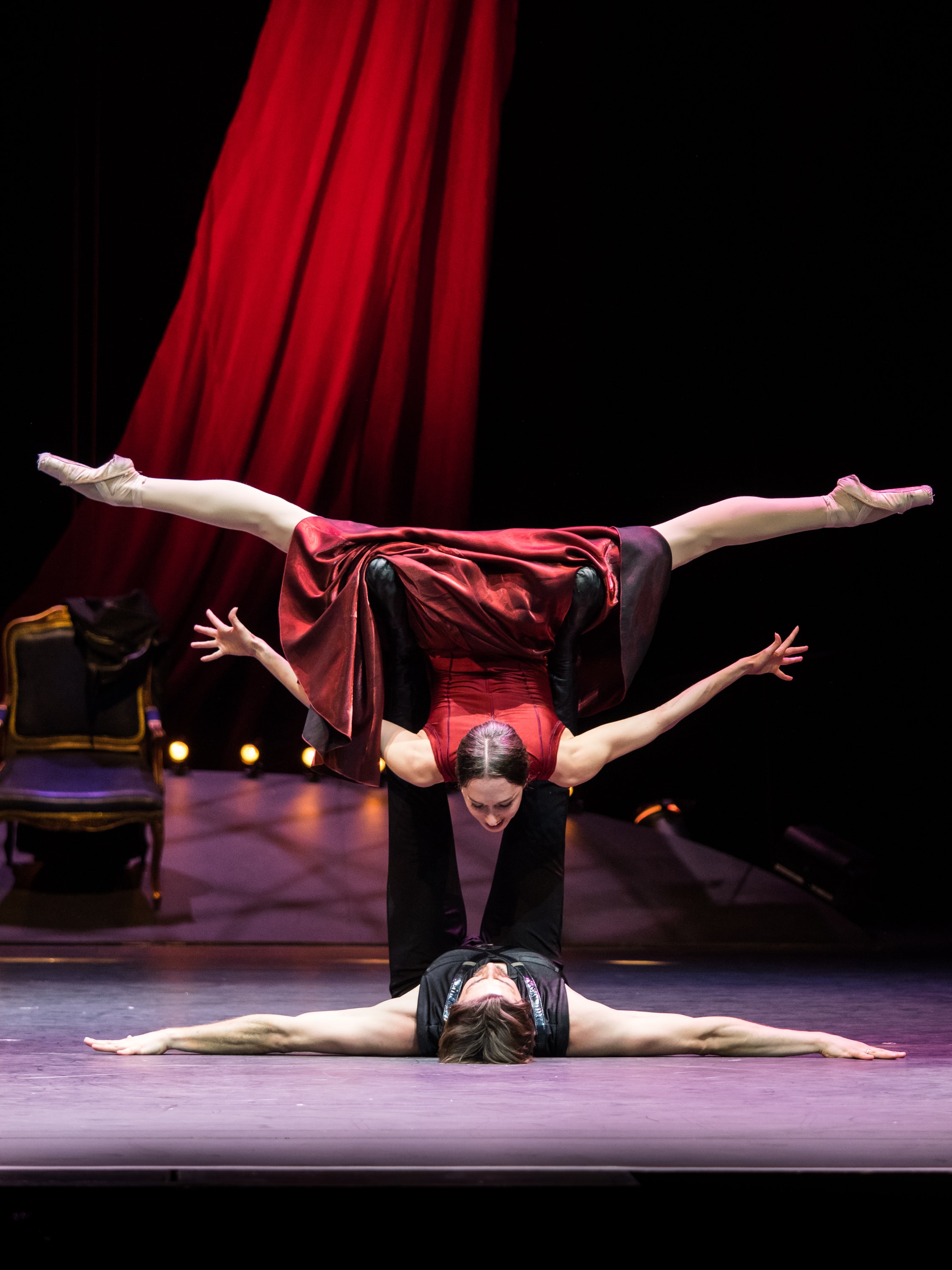 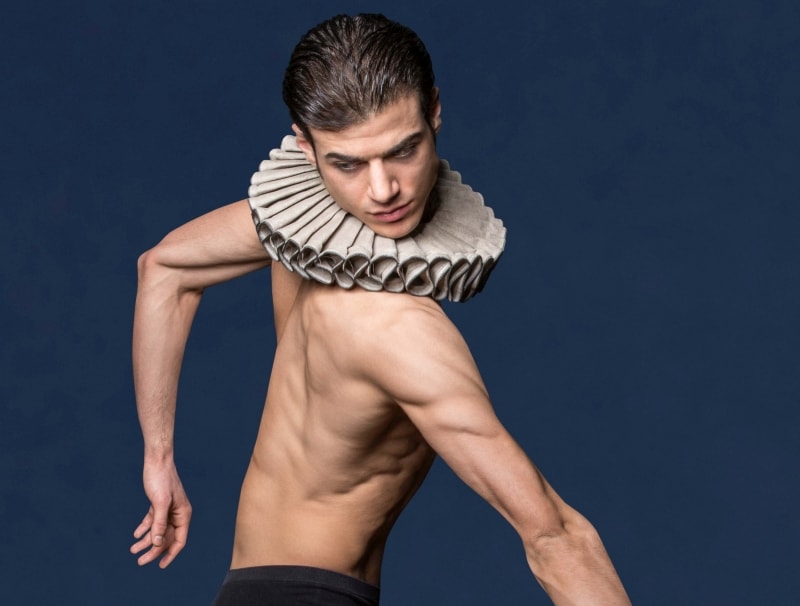 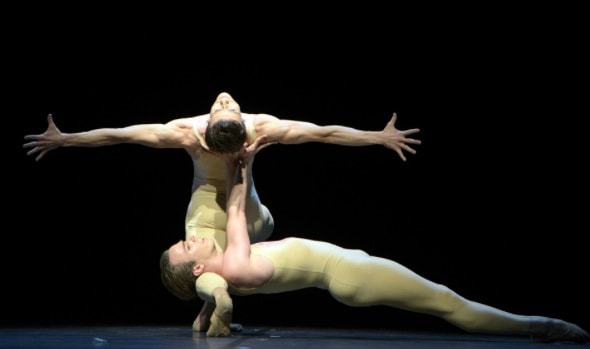 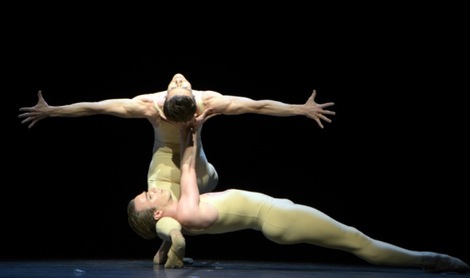 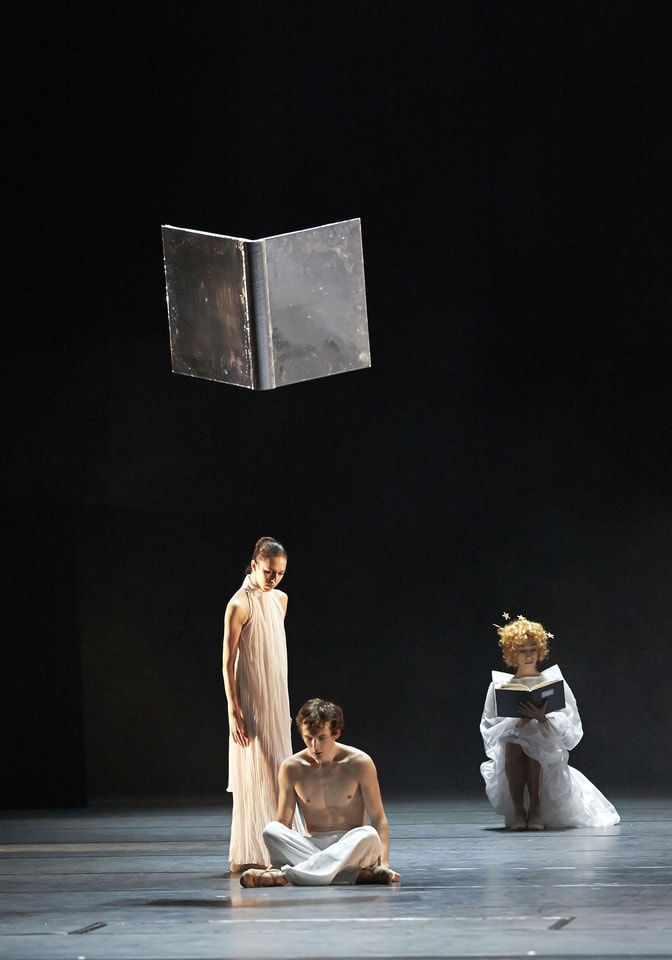 The evening opens with Forsythe’s The Second Detail. When we see works like this, it’s clear Forsythe is such a great choreographer and his current strange experiments become even less comprehensible and more astonishing. But few people cared for Stravinski’s music in the 1920 so perhaps it’s we who just don’t understand. 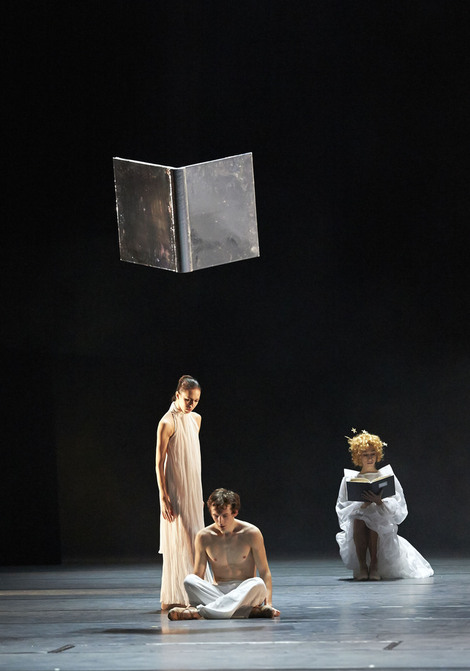 The Second Detail opens up with a huge bright grey rehearsal space with just the words THE at the front. Thin white horizontal lines dividge the strange into precise grids. The dancers are in the same grey as the floor. I’m not quite sure why Apple is getting away with suing Samsung for packaging as Forsythe had the iPhone and MacBook Air boxing under control back in 1991 in Frankfurt. This is an early great work.

Vienna State Ballet company looks great dancing Forsythe these days. Under Legris, they’ve acquired both the élan necessary and the discipline necessary to put it all together. Strangely, the men have improved more than the women (who have been excellent as along as I’ve been in Vienna). Particularly notable is strongman Vladimir Shiskov but Mihail Sosnovichi also delivers an imposing performance while Eno Peci and Alexis Forbasco look good too. All of the men have developed powerful lower bodies and are a joy to watch. 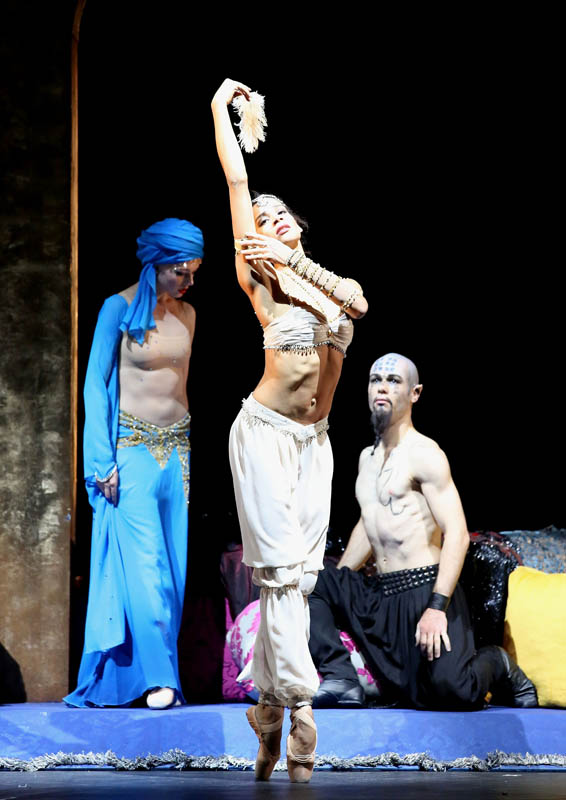 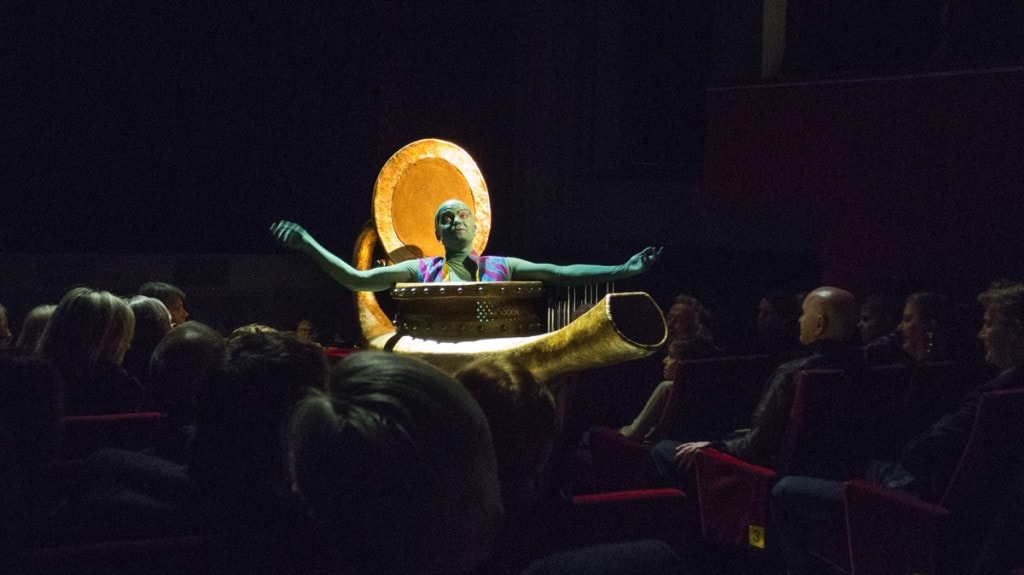 In Graz the 2013 season was dedicated to the work of Nijinsky and the Ballets Russes. The crowning achievement is a three piece full evening of Maurice Ravel, Claude Debussy and Igor Stravinsky with full orchestra.

A sumptuous rendition of Maurice Ravel’s Daphnis & Chloe opens the evening. As substantial a stage as is the Oper Graz, the orchestra pit is full to bursting while the female voices take up the the left upper lodge. The male singers are in the wings backstage. The musical performance is worth the price of admission on its own. Combined with ballet director Toulon’s complex visuals, this is an extraordinary work. Majestic dancer Bostjan Ivanjsic takes centre stage as Daphnis. The role is a complex one, exploring a young man’s sexuality – first timid, then more aggressive. He throws himself into a pool on stage and comes out soaking wet and fully nude, challenging the slightly bourgeois Graz Opera audience with full frontal male nudity. 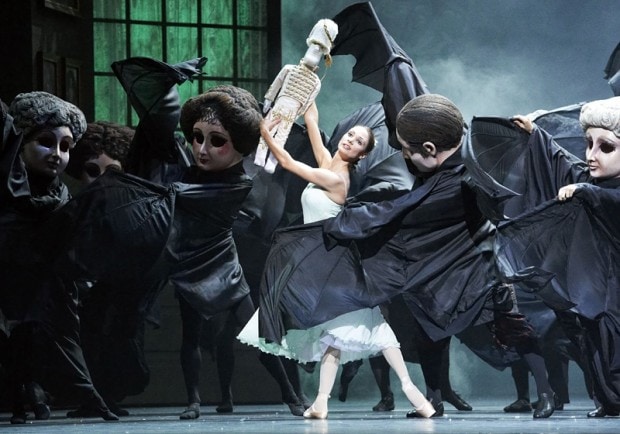 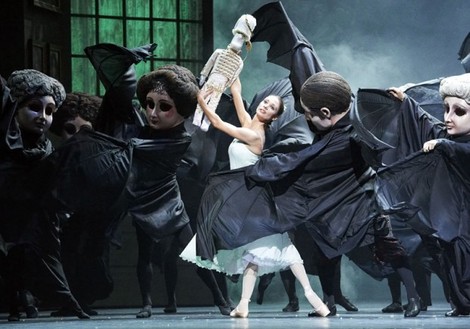