On Monday, I thought I was dropping in on a young composers concert at Porgy and Bess. Something about the Konservatorium Wien. To my surprise, there turned out to be as much dance and performance as music. 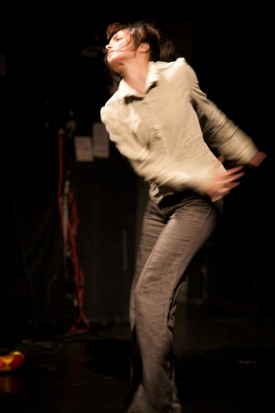 The best dance piece which I saw was called MIR geht es gut. It’s about two girlfriends who meet repeatedly in the underground or at a joga class or via a quick handy call. If you’ve lived in Vienna any period of time, you are familiar with the persistenty shallow "Mir geht’s gut und dir?" At first you think they really want to know. But not at all. It’s equivalent of the empty North American. "How are you?" for which there is only one acceptable answer. "I’m great and how are you?" 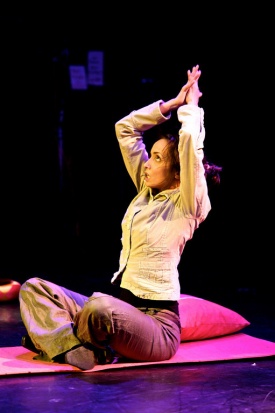 It’s an absurd situation. Why do people speak at all if they have nothing to say. Both Petra Staussová and Simone Kühle managed to catch the inflection and frantic feel-good vibe of the modern urban woman perfectly. 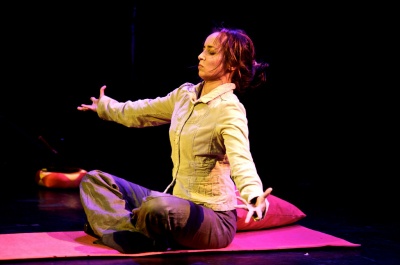 Some of the rest was pedestrian, typical student searching for the search for meaning, not really getting off of the existentialist starting line. 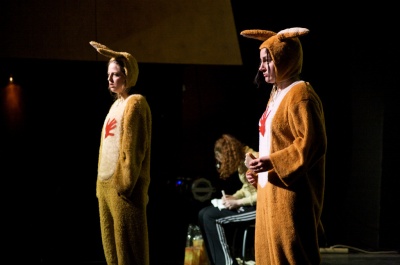 But some of it was really good, far better than most of what I’ve seen in the last couple of years at Tanzquartier.

I spoke with one of the dancers about whether she goes out to see other dance work in Vienna. "Not so much," she answered. I asked her why.

"I went to Tanzquartier a couple of times, but what I saw was so boring I couldn’t bring myself to spend money and time to go there again. People just standing on stage for hours raising their right hand."

It sounds like she was at the same Philip Gehmacher show I’d seen. I told her she would see a whole other world if she does ImPulsTanz one summer. But with the TQW protegés taking over DanceWeb who knows if she will get the chance or if it will be as great an experience as three years ago when I did the entire season. 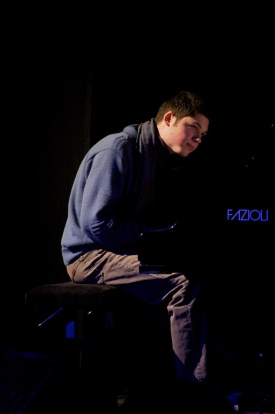 Curiously enough, the performers and dancers didn’t win the grand prize, but rather a solo piano composer-performer, Georg Vogel. I found his performance rather bland. He cocked his head dramatically enough, and feigned to throw fits on the piano bench, but nothing in the music held enough feeling for me to justify the melodramatic poses. But I’ve only heard the single piece and perhaps Vogel was awarded the prize for a body of work more than Monday’s performance. 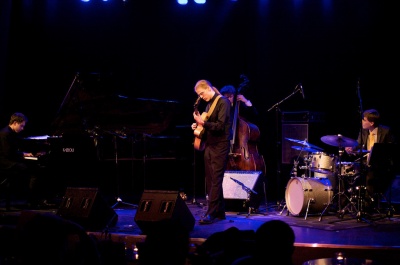 On the musical side, the highlight was Movement, an improv band made up of Christopher Pawluk, Maximilian Tschida, Hubert Bründlemayer and Bernd Klug. Energetic music, with a club filling resonant sound. I go to a lot of Porgy & Bess concerts and their playing was as good as many of the main stage events. I spoke with Bernd Klug after the show and he told me that this was the first time they’d performed publicly and the band had been put together for Fidelio. They should consider doing more of this. 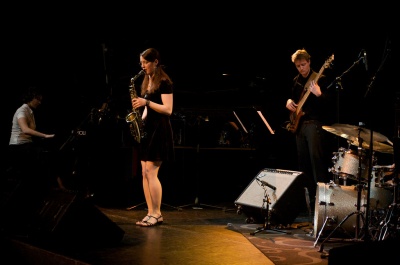 After some anticlimactic awards, the show ended with a surprise Cabaret appearance by a tall blond amazon, accompanied by a pianist. Her two number show was a good way to bring the evening out on a high note. More awards shows should consider adding a surprise finale. 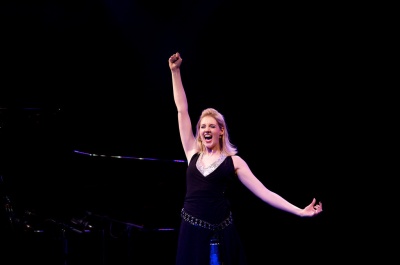