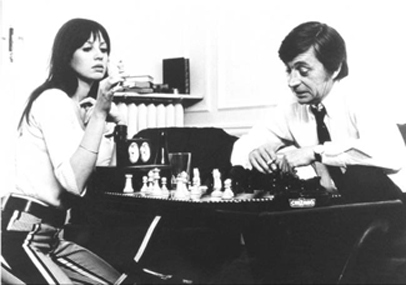 Social documentary and not entertainment or education. A demonstration of the limits of improvisation. Tightly scripted La Maman et La Putaine much better.

Leica’s S2 and the death of the R

So Leica is coming late to the medium format camera and killing the R. What are they thinking of? Leica has a reflex camera: the…

Sometimes one opens up a mainstream magazine or newspaper and one is just astonished at what is considered acceptable thought.

A principal example of just how decadent contemporary American business culture has become is the Wall Street Journal. I’ve never had the chance to read the Wall Street Journal much as I’ve mainly lived in foreign lands where it was either a hassle or very expensive to get copies of the WSJ. One of my site promotion team at Foliovision is a business school student. At his school they get copies of the WSJ for free.

Indoctrination for young minds. Anyway my employee is kind enough to bring the leftover old copies to Foliovision where some of the other site promotion team members take the odd copy. But frankly the keenest reader is myself – I have acquired a morbid fascination with the entitlement and backpatting editorial of this ragged daily apologia for the excesses of capitalism.

When I used to write for The Economist, we at least had to show a pretence of solid economic argument and a sense of noblesse oblige. While we were definitely on the side of the monied lords, we were working for a better world. When we procribed hard remedies, it was that we thought they would do good in the developing lands. When we naysayed environmental concerns, it was because the science looked doubtful.